I Hired An Image Consultant to Help Rethink My Sad, Sad Wardrobe

When you hate everything you own, it pays to call in a professional

Recently, I’ve been under the sneaking suspicion that I’m not a good dresser.

It’s a suspicion that’s gotten the best of me because, for the longest time, I thought I had a decent handle on my personal style. I wore clothes that fit, I knew generally what goes with what and I’d leave the house feeling confident that I looked put together, if not necessarily good.

Which is to say, I knew the basics of what not to do, and I thought it generally served me well through my 20s and early 30s.

But over the last couple of years, something’s changed. I’ve been looking at old photos of myself, photos from weddings, parties and work, and I can’t help but think, What the hell was I thinking?

Like the time I was really into faux-leather jackets, and wore them everywhere. Or the time I wore a striped gray tie over a flowery shirt and green pants to a wedding. Or all the times I wore deep v-necks, or my obsession with the aforementioned flower shirts. And oh yeah, there’s also the fact that, recently, I’ve been wearing nothing but T-shirts because I hate everything I own.

On occasion, too, I’ve found myself on the receiving end of subtle digs from friends and family about the clothes I was wearing. Comments like:

Something obviously had to give. Because clearly, I’ve been in a place mentally for a while where I knew I needed to update and upgrade my wardrobe, but didn’t have the confidence to do so. Also adding to my trepidation — a wholesale rejiggering of my closet was bound to be expensive.

So I decided I needed a professional — namely, an image consultant.

The Alleged Cure-All: An image consultant, i.e., a guy who looks you up and down and then says, “You’re doing this right. You’re doing this wrong. And here’s what you can/should do about it.”

I knew before I started that what I didn’t want was a box stylist like Stitch Fix or Trunk Club. No offense to those guys, but I’d gone that route once before (in my case, it was the regrettably named Trendy Butler — sigh), and it quickly became apparent that, not only will a subscription box never be able to discern your likes/dislikes from a questionnaire, but because clothes are all about body type and fit, without measuring you or seeing you, it’s really hard to shop on your behalf. As such, I mostly just returned things.

I, then, needed a human. Specifically Sean Ireton, founder of Nuinspiration, an image consultancy based in L.A.. Nuinspiration’s tagline is, “We transform you into an extraordinary gentleman.” (Which, of course, is very much what I wanted.)

I still worried, though, that this whole thing could be a disaster: My biggest concern was that Sean wouldn’t get me or my taste and might try to project his own style onto me. My other worry was my obstinacy — I knew I wanted to break out of my dadcore comfort zone, but would this guy know where the line was between change I was cool with and what I might consider too far? Like, I knew I wanted to look good, but I didn’t want to look like I was trying too hard, either.

But, after checking out Sean’s site and reading a few of his reviews, I was confident I’d found my guy.

The Experience: My first interaction with Sean started with a 90-minute phone call. When I signed up for his consultancy, I was able to choose from a range of services: Things like personal branding, wardrobe audit, suiting, assisted shopping and grooming essentials. I opted for the wardrobe audit, the assisted shopping and this initial call, which Sean called his “image/style questionnaire.” But considering how long the call was, that wouldn’t be doing it justice.

He asked me questions about my career, and whether I felt fulfilled. We talked about my love life. He asked me to pick five personal heroes, and explain why I picked them. He explained to me that, based on how I answered some of his questions, that he thought I was too modest, and that I should consider being more confident about who I am and what my strengths are. We meditated. It was kind of awesome.

Next up was the wardrobe audit. Sean came over to my place one afternoon during the week and stayed for three hours. The first thing we did was pull everything out of my closet and sort it. Sean made me decide what I couldn’t live without, and what I wouldn’t mind dropping off at Goodwill.

As we sorted, I explained to Sean that one of my biggest issues was my growing lack of confidence in knowing what went well together. I had all these button-downs that I rarely wore because, when I put them on, I didn’t feel like I looked good.

So Sean made me start trying on everything — pants, shirts, shoes, layers, the works. At times, I was skeptical this would work out, like when I put on some black monk-strap dress shoes I owned and Sean paired them with some light-colored, straight-leg jeans and a navy blue shirt and declared that I looked good. I thought I looked terrible, and that it was an outfit I’d never wear in a million years.

But there were other moments when I learned something. Like about how earth tones go with other earth tones, or that black shoes go with everything — basic stuff that I’d never thought about. I told Sean that I was headed to a wedding rehearsal dinner later that week, so he picked out some olive green pants and matched them with a cream-colored shirt with brown elbow patches that he said to button all the way to the top. “Wear this with a blue blazer, and you’ll kill it,” he instructed. (He was right — it was an outfit I’d never considered before, and it did look good.)

When he left, though, I still wasn’t sure the service was worth it. Like I said, I’d definitely learned some things, but I was still stuck with the same old shit in my closet. And even though I had a few new outfit options to choose from, I didn’t feel like I had a grasp on how to put clothes together myself.

A few weeks later, when we met for the assisted shopping at a Nordstrom Rack, I was convinced that, even if we picked some things out, I’d likely return them later. And judging from how the experience started, I was sure I was right: Sean grabbed a shopping cart (they have carts at Nordstrom Rack?) and began pulling off the racks what I thought were horrid-looking dress shirts and placing them in the cart. Few of the clothes he was finding were items I would’ve chosen had I been shopping alone. The jackets looked, I thought, tacky. The shirts reminded me of the clothes middle-aged men wore when they were taking their second wives out for dinner. All the while, Sean, professional that he is, would stop to explain helpful tidbits like what cut of shirt works best for my frame, how to figure out if a fabric was high-quality or not and how sizing works depending on what brands you buy.

My whole worldview changed, however, the moment I began trying on things. Outfitting, I learned, is like putting together a puzzle: Taken individually, the pieces sometimes don’t look like much, but put them together and an image appears. I’d been myopic in that I was looking at each item by itself, and not as a piece of that puzzle. Once I was in the dressing room and we were mixing and matching each piece, everything started coming together. Sean did know my taste, and he knew exactly how to straddle that line between what I was comfortable with and what was outside of my comfort zone. 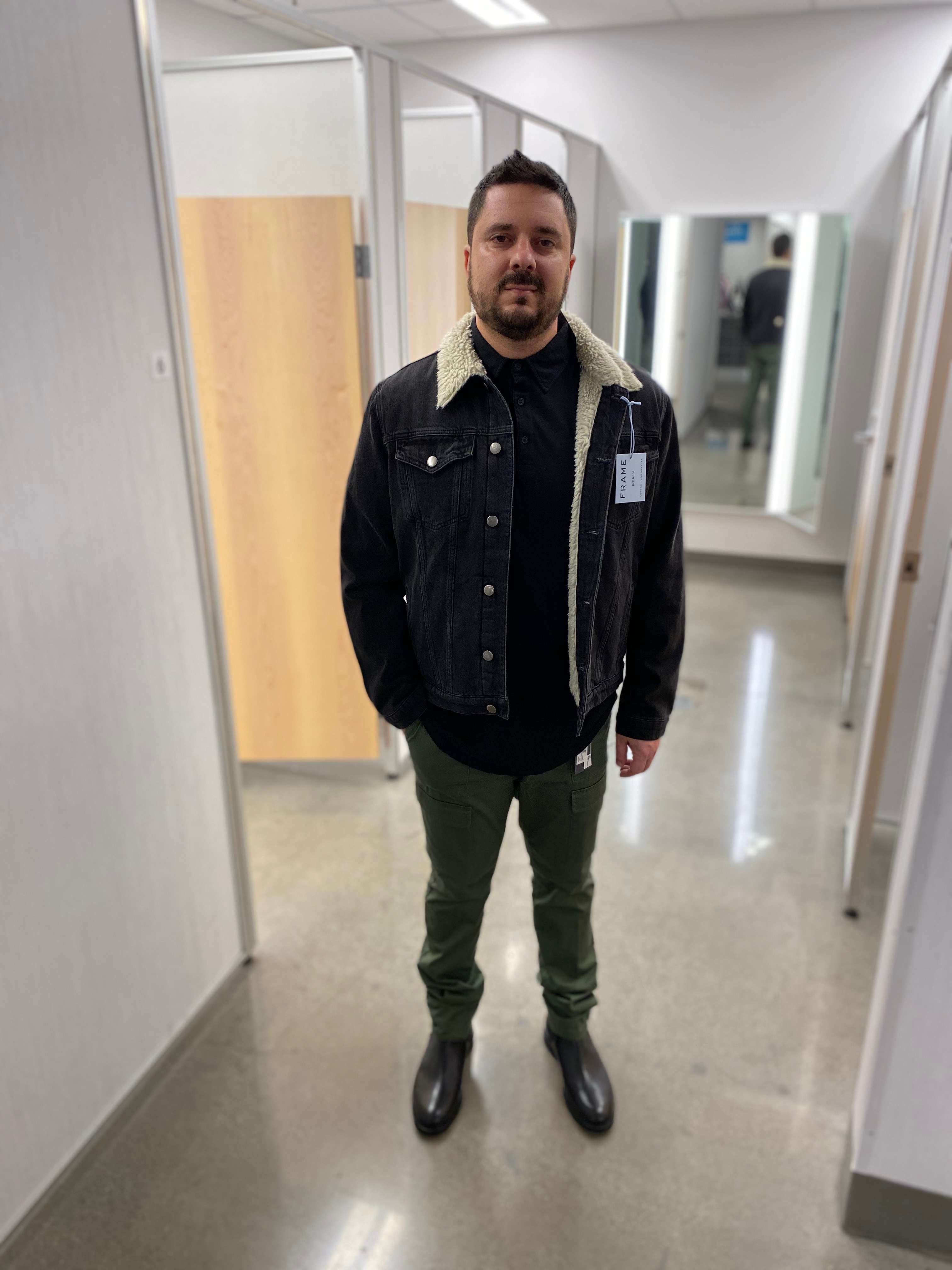 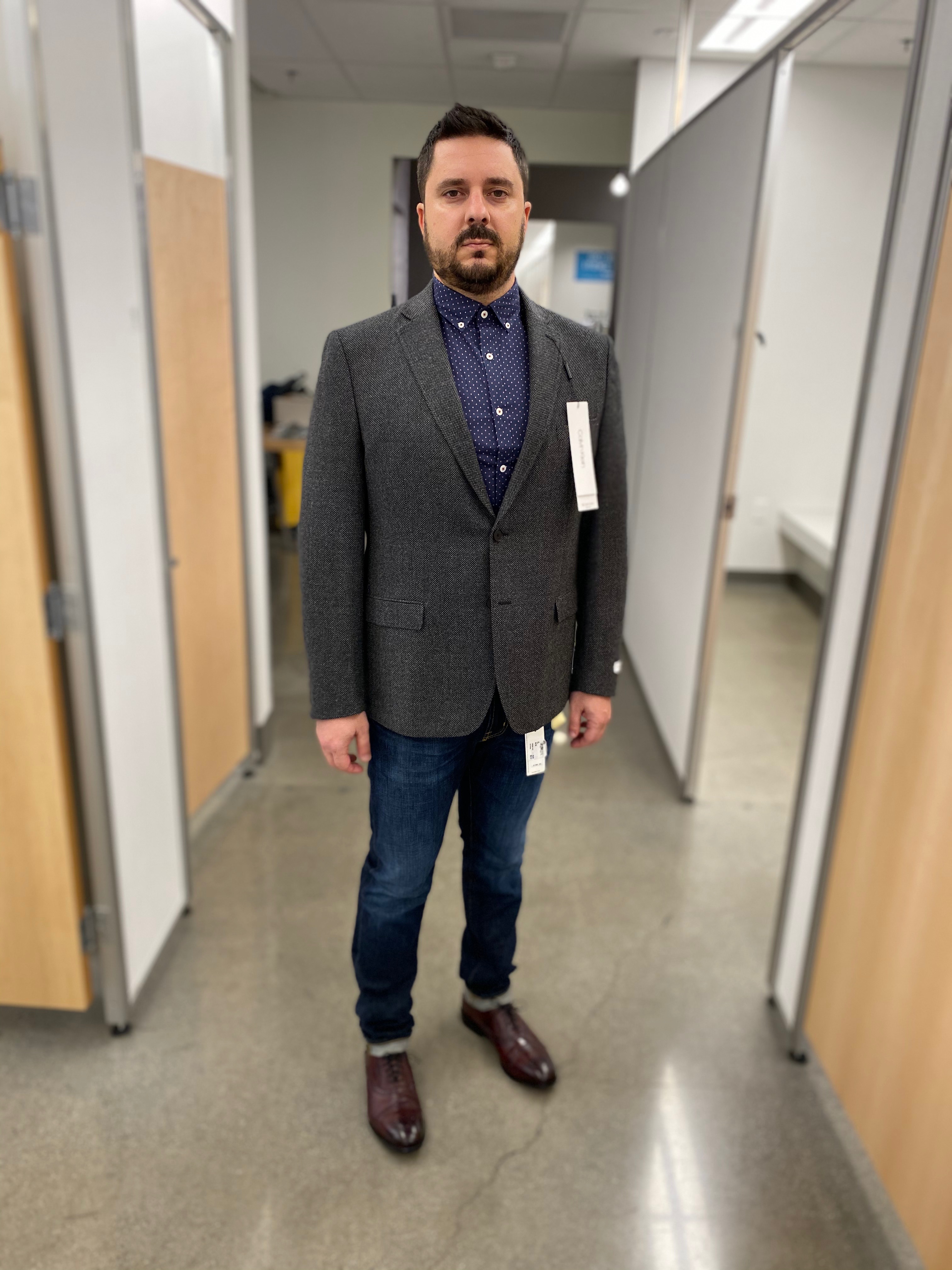 The Result: I had expected to spend maybe a few hundred dollars, and probably return half of what I bought. I was hoping to come away with maybe one outfit that I could wear the following weekend to a friend’s 40th birthday, and not much more. But I did better — way better — than that, which is to say I spent a lot of money.

The way I look at it, though, this was exactly what I needed: A redefinition of my personal style, and how I want to dress. For that reason, I think the experience was worth the money I spent. I bought the foundations of a wardrobe that’ll last me for years to come, things I can add to and recombine with other jackets, shirts, shoes and pants down the road.

It’s also the little things Sean dropped along the way: Color schemes, body-type hacks and the uncovering of choices I might not have made had I shopped alone.

Yes, the experience was an expensive one, but sometimes the need for change is so dire, you gotta pay for it.