At the very least, the Keyto diet tracker beats the hell out of obsessing over gains and losses on the scale

I don’t care much for scales.

As a weight-measurement tool, I suppose they’re somewhat accurate. Even that’s iffy, though — if they haven’t been calibrated correctly, for instance, you can get an “off” reading. But really, the problem with scales is that they’re bad as a measurement of progress.

When your goal is to get in some semblance of shape, as I am (if you’ve ever read this column before, you know this to be true) trying to measure progress with a device that could read one weight at 8 a.m., another weight at 9 a.m. and a different weight altogether after eating too much salt is hardly what I’d call trustworthy.

But more importantly, watching your weight like that is depressing. Incremental losses followed by incremental gains can throw your whole momentum out-of-whack. It’s like watching the stock market, but only focusing on the hourly, or even daily view: You might see your stock go down, get frustrated and quit trading. Yet if you only scaled back to the quarterly view, you’d see that you’ve been trending upwards for months.

In other words, there’s got to be a better way of measuring progress that ignores volatility and focuses more on telling you if you’re trending in the right direction. If the path you’re on is true, so to speak. Because if you can ignore the noise, and instead, concentrate on the fact that, overall, you’re Doing It Right, you’ll ultimately be more successful.

Of course, it helps when the path you’re on basically allows you to eat unlimited cheese. That, at least, was what the Keyto, a device you breathe into in exchange for a ketosis “level,” promised me. Better yet, by following the keto diet and letting this newfangled gizmo record whether or not I was successfully burning fat instead of carbs, I could ignore any frustrating scales and take comfort in the knowledge that weight loss would come — as long as my ketosis level kept climbing.

The Problem: I hate scales. And dieting. And I get frustrated easily.

The Alleged Cure-All: The Keyto, a device that looks like a flute, or perhaps an oversized pen, and helps you determine your level of ketosis through your breath. Of course, this being 2019, the Keyto comes with its very own app, which is where you get your ketosis readings and chart your progress through the levels, log your weight (if you’re into that sort of thing), determine whether the food you’re about to gorge on is keto or not and join groups to motivate you throughout your weight-loss journey. 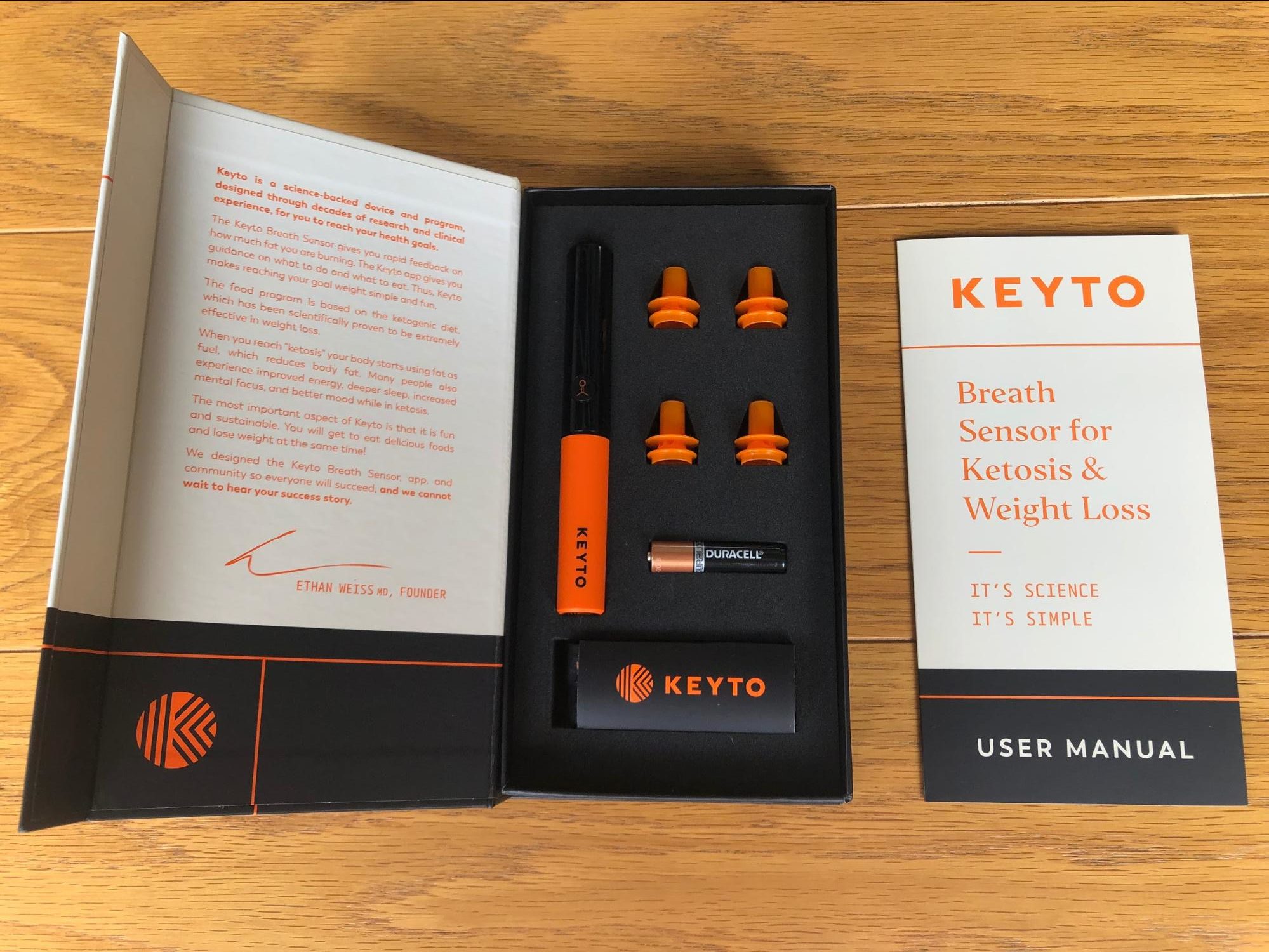 The Keyto should only be used in concert with the keto diet, which has become the weight-loss method du jour the last couple of years, and for good reason: It’s low-carb, high-fat underpinnings have been a hit, especially among men, because it allows a person to eat a lot of the things many other diets ask you to steer clear of, namely meat and dairy. As David Friedman, a clinical nutritionist tells me, it’s, essentially, “a repackaged version of the Atkins diet with a clever new name.”

At its most basic, the point of the keto diet is to get our bodies to turn fat into energy, specifically adipose fat that our bodies have stored because of the abundance of carbohydrates. This is what doctors and people in the keto community refer to as ketosis, and if your body is metabolizing fat instead of carbs for a long period of time, you lose weight.

There are eight ketosis levels, according to Keyto: If you’re Level 1 through 3, you’re Not in Ketosis, and your energy source is carbs. Level 4 is Light Ketosis, which means you’re transitioning from carbs to fat. Levels 5 through 7 equal Full Ketosis. Level 8, meanwhile, is the equivalent of nirvana — only a lucky few will reach Level 8, Deep Ketosis, which is probably only attainable if you’ve been sucking down only celery sticks and wheels of gouda for weeks on end. As such, when you reach Level 7, the app basically tells you that you should be happy you’re in full ketosis, and that Level 8 is a mere bonus.

What’s interesting (and kinda great) about Keyto is that these levels are all you really need to focus on. Reaching them turns into a sort of competition with yourself — you’re a Level 2, and you really want to get to Level 5, so maybe you start analyzing nutrition labels a bit more closely for hidden carbs, or maybe you ditch white onions (8.4 net carbs per serving) for yellow onions (6.1 net carbs per serving) in an attempt to really buckle down. When you only have 15 to 30 net carbs to play with over the course of a day, small changes to your diet can make all the difference, and Keyto helps motivate you to make them, lest you don’t reach the next level.

The Science: That’s all well and good, but I’m sure you’re asking, “How can breathing into an oversized permanent marker tell you whether you’re in ketosis or not?” The Keyto works by measuring the acetone in your breath. And acetone is what’s called a ketone. Ketones are made in the liver, and they’re what happens when our bodies, starved of carbohydrates, begin burning our fat stores instead.

It’s a process that makes a lot of sense from an evolutionary standpoint: Back when carbohydrates were scarce, our prehistoric ancestors were forced to come up with a back-up plan, so to speak. Burning fat for energy was that back-up plan, and it’s what probably allowed ancient humans to get through the lean months.

So ketones are the end result of that process, and acetone is one of those ketones. If it sounds familiar, it’s because acetone is produced on an industrial scale as a solvent; that is, it’s used in everything from paint to heavy-duty degreasers. But it also comes out in our breath when our bodies are in ketosis, which is why many on the keto diet complain that their mouths smell like nail-polish remover, or the dreaded “keto breath.”

Up until now, the best way to measure the acetone our bodies generate from ketosis has been through testing blood and urine, which is more accurate than measuring what comes out in our breath. This, unfortunately, is the alleged drawback of a device like the Keyto (as there’s no pissing or bleeding involved). To its credit, though, Keyto claims to have done rigorous testing on its device to ensure accuracy, and frankly, if the trade-off for being able to test my ketosis level for a fraction of the price of a standard blood and/or urine test (the device by itself is $99, the premium version of it and the app is $195) is a slightly less accurate test, I think it might be worth it.

The Experience: The first thing you gotta understand about using the Keyto is that, for all of its convenience, it’s kind of annoying to use. You can’t just turn it on and blow; it’s a temperamental little sucker that needs a minute or two to warm up. Also, don’t brush your teeth, or have a drink before you use it. Since acetone has a lot in common with alcohol, having booze or the remnants of sugar alcohols like what you might find in toothpaste can give you an inaccurate reading. 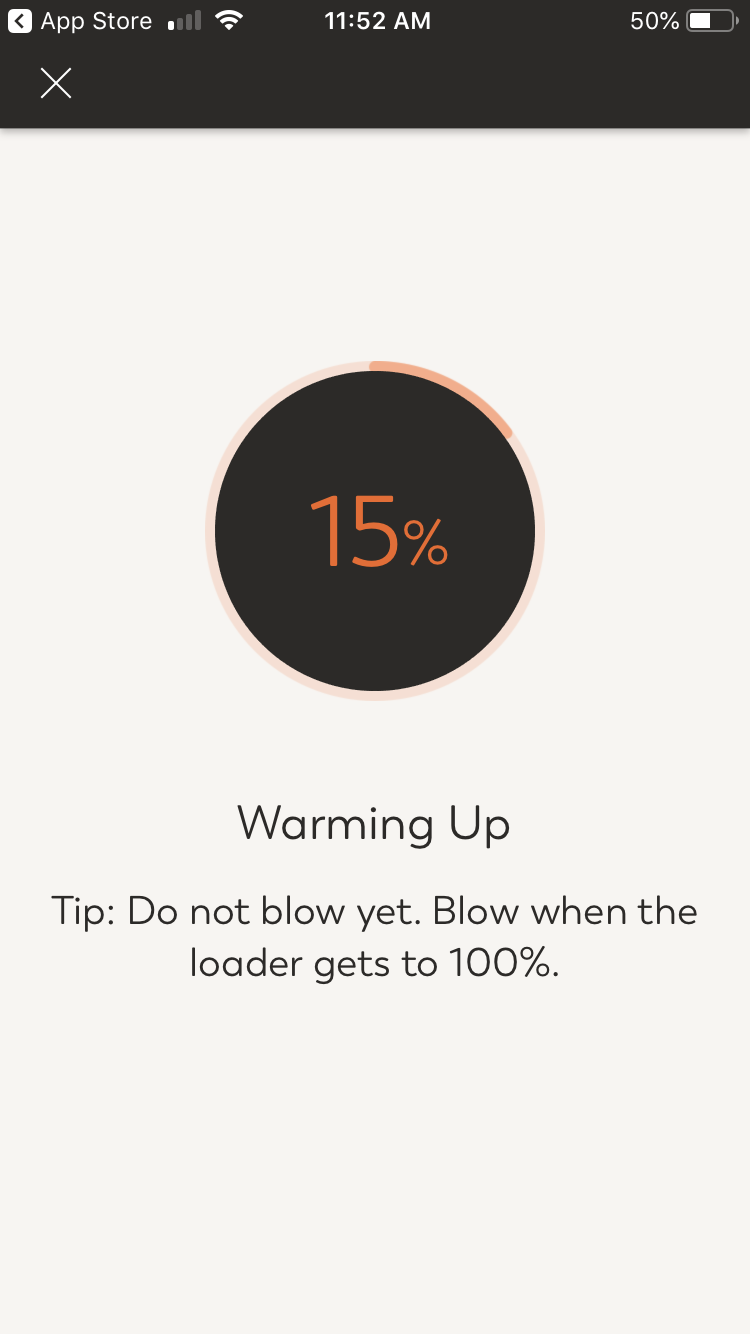 Typically, I’d turn it on in the morning, splash some water on my face to wake up and give it a blow. The first time I tested myself I blew a Level 1. Unsurprising, to say the least, considering the night before my girlfriend and I had gone out for sushi. Plus, the keto community says it can take a few days of low-carb dieting to start transitioning into ketosis; for me, I didn’t reach Level 5 until six days later.

That first week it became clear to me that trying to eat low-carb is far more difficult than I’d imagined it would be. There’s hidden carbs in everything: Balsamic vinegar, tomatoes, the aforementioned onions. Heck, even the cauliflower gnocchi from Trader Joes, which my girlfriend and I love and had stocked up on thinking cauliflower = carb-less. The hardest part of living a carb-free lifestyle was socializing. We had numerous stops and starts before we were able to settle in, because dinners out with family and friends got in the way.

And don’t even think about drinking on keto. Not sure about you, but I can’t control what I eat for shit when I’ve had a cocktail or two. Going to parties means planning well in advance, or hoping there’s a bunless burger in your future. (Yes, you can eat a In-N-Out Double-Double, protein-style on keto; and yes, it’s as glorious as it sounds.)

By the second week, I blew my first Level 7, and even in the short period of time, I was seeing results. Not on the scale, but in how I looked in the mirror, which a fitness trainer once told me should be the only way to judge weight gains and losses. Plus, friends and family were coming up to me unprompted to tell me I looked like I’d lost some weight. 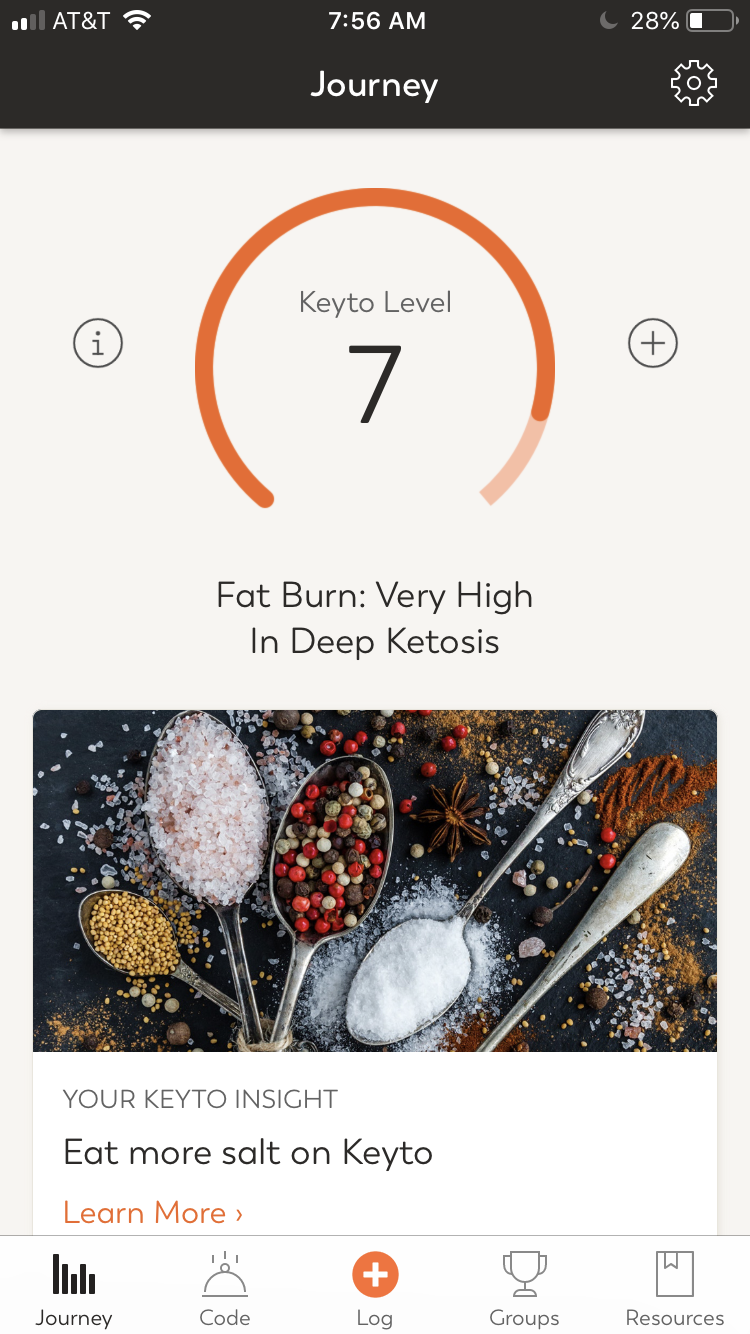 But even though I was looking and feeling thinner, logging my levels and continually getting high scores was becoming my main source of motivation. I’d get excited to use the Keyto in the morning, and run into our bedroom and tell my girlfriend that I was still fully in ketosis. It felt good to go to work and know that my body was burning fat, and not whatever chow mein I’d eaten the night before, for fuel. This little thing and its stupid levels was making me feel like I couldn’t stop. I didn’t even want to cheat anymore, for fear that I’d have to start all over again.

Could it be true then? Could I have found the key (no pun intended) to my weight-loss dreams?

The result: Sadly, I don’t think I can go on record and say I’ve solved my weight issues with keto, and by transitive property, the Keyto. Don’t get me wrong — the Keyto is, in my experience, awesome. Though its app is a little bare bones, and it takes forever to warm up and use, it really does trick your brain into keeping with the program. My issue, I think, is with keto itself, or at least, the type of keto I was attempting. Humans just shouldn’t eat that much fat, particularly from cheese. The problem is, if I move to something more plant-based, with more avocado than cheese, I’m just gonna want carbs with it.

That doesn’t mean I’m not going to try, though. After all, I gotta keep my 7.