These days, less is more — just don't get caught trying

Gamers and the console-phobic alike were amused this week when Microsoft dropped new community standards for Xbox Live — the highlight being recommendations on acceptable forms of “trash talk.”

“A little trash talk is an expected part of competitive multiplayer action, and that’s not a bad thing,” the company conceded, but ensuring this doesn’t shade into hate is key. No racism, sexual threats, telling someone to kill themselves or profanity. Please, think of the children playing Call of Duty: Black Ops III. They’re already assassins; do we want them exposed to swears, too?

What people found so funny was the wholesomeness of what you can say on Xbox. “Only reason you went positive was you spent all game camping. Try again, kid,” was one surprisingly encouraging example. More decent advice: “Cheap win. Come at me when you can actually drive without running cars off the road.” My favorite, and the most devastating: “That was some serious potato aim. Get wrecked.” Charming, isn’t it.

Of course, the old guard view this as a step down from the verbal battle royale they grew up in, when appalling slurs were basically used as punctuation. I wonder, though, if this is less like censorship than proof of a wider sea change. Trash talk has to evolve with the times, and even the most hardened gamer is probably tired of his homophobic go-tos at this point. Back in 2016, Amber Rose infamously taunted Kanye for missing the anal stimulation she allegedly gave him, with the hashtag #FingersInTheBootyAssBitch — but some said she had sunk to the level of his slut-shaming. And while most would acknowledge Muhammad Ali as the godfather of trash talk (he even released an album of it!), we’d absolutely look askance at an athlete who declared, in 2019, “I’ll beat him so bad, he’ll need a shoehorn to put his hat on!”

Consider, by comparison, the psychological angles of the recent NBA playoff series between the Oklahoma City Thunder and Portland Trail Blazers. While the Thunder, and particularly Russell Westbrook, did all they could on the court to get under the skin of Portland’s Damian Lillard, arguably the coolest dude in the NBA, Lillard seemed to jiu-jitsu his way out of the bind. His prophecy of triumph before Game 5 — “I’m getting rid of these motherfuckers tomorrow” — was reportedly delivered with deadpan sangfroid, and no further embellishment, to friends over dinner the night before. He also critiqued Westbrook’s use of the “rock the baby” gesture in play: “He was doing that on jump shots,” he said. “That’s not when you’re supposed to rock the baby. You rock the baby after overpowering someone in the post.” When he sank the instantly legendary 37-foot buzzer beater that won the series, he celebrated with a simple wave goodbye, plus a cold-blooded, silent stare into the camera. No words necessary.

As a fable of the moment, this suggests to me that we’ve entered an era of trash talk where less is more — and excess antagonism is seen as try-hard foolishness. The internet must be a factor, given that we now have the ability to dunk on people through our phones, putting in the absolute minimum effort as a show of ultimate disrespect. These days, it’s much funnier to reply to someone’s aggro attempt at a dunk with “u mad?” or, if you prefer something a little more current, “are u okay?” If Joe Biden tweets another stupid bit of praise for a ghoulish Republican, just reply with the spoonerism “Boe Jiden” and get on with your day. You’ll really trip up the bad-faith trolls demanding a debate when you warn them, “Don’t make me show you the ketchup.” It’s too easy. 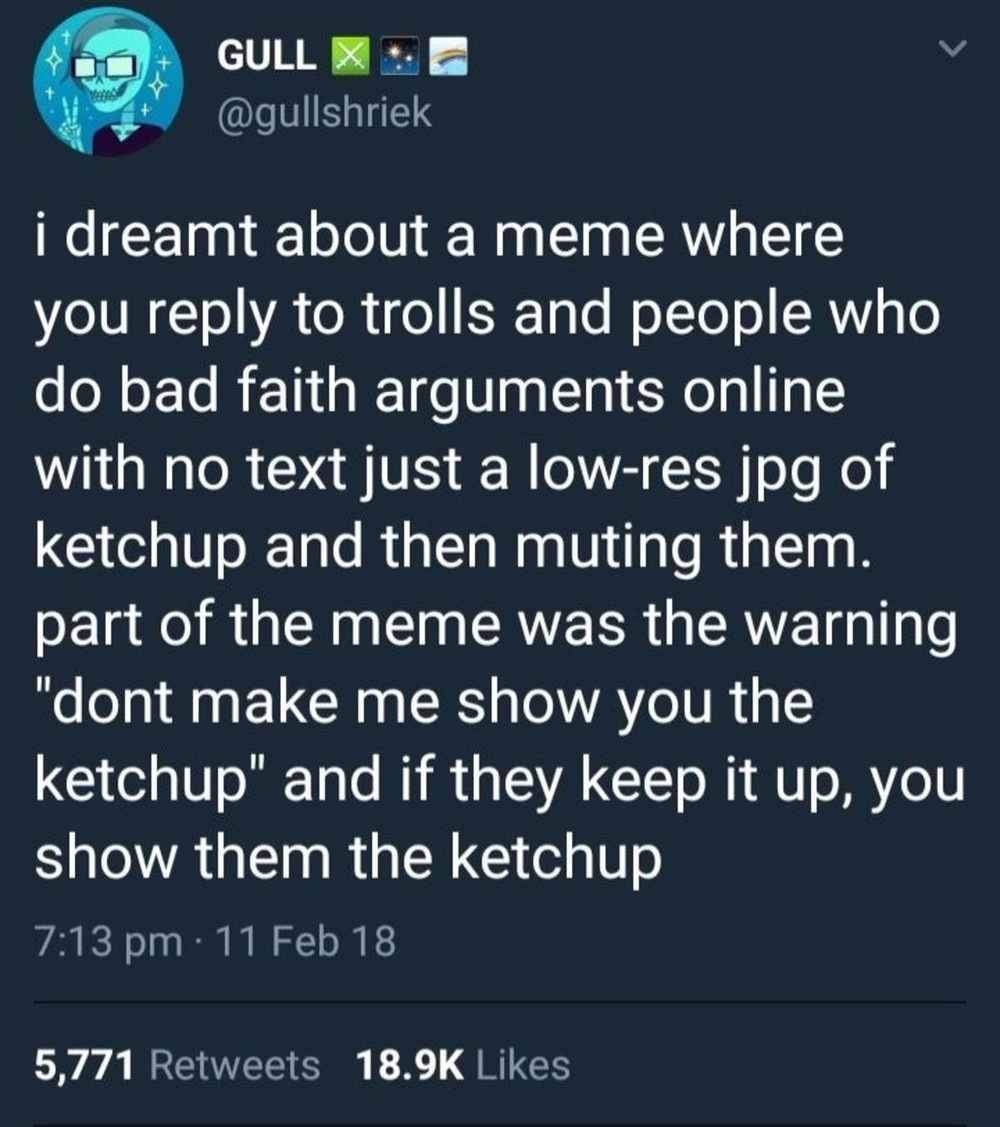 In essence, you can now win the trash talk war by refusing — in unexpected ways — to play the game as it was originally understood. The rival party will tire themselves out continuing to seek your attention; meanwhile, you’ve already said all you intend to. With a little luck, they’ll get so intense that they wind up kicked off the platform entirely. Then you can give them a casual send-off, just as Lillard bid the Thunder farewell. Let MEL magazine’s own Hussein Kesvani show you how to take a dismissive victory lap:

Ah, now that’s a flavorful roast. The contempt is there, yet it doesn’t overpower the sense that the dude is barely worth acknowledging. Incidentally, “Go make some beans on toast, kid” would be a very solid, allowable burn on Xbox Live. Try it sometime!