Although businesses are scrambling to make sense of the new permits, this may be the only lifeline that keeps them open

Like an increasing number of establishments, many restaurants, no longer allowed to offer on-site dining because of the spreading coronavirus, have pivoted entirely to curbside takeout and delivery in a desperate attempt to keep cash coming in. Nevertheless, the National Restaurant Association estimates that, in addition to the three percent of restaurants already out of business, 11 percent of restaurants in the U.S. are expected to close permanently in the next month due to the severe economic shock that came along with the pandemic.

Hoping to help these restaurants, Alcoholic Beverage Control agencies in several states have loosened regulations, allowing the sale of beer, wine and cocktails for pickup and delivery. “They sent out a memo last Wednesday discussing the loosening,” says Karina Castañeda, manager at El Mirasol Cocina Mexicana in Palm Springs. “I think what happened was restaurant owners were like, ‘Wait a minute, if I’m only doing takeout and delivery, how am I supposed to pay for all the other things?’ Alcohol allows you to make more money as a restaurant, which is why so many restaurants want to have a full liquor license.”

Many restaurants run differently, but some estimates suggest that alcohol sales typically account for around 30 percent of their total revenue. Not only does this additional revenue help small restaurants pay their employees and make ends meet, it also helps them pay for the liquor licenses they spent tons on to begin with. “Restaurants that have a full liquor license pay quite a lot of money to have that,” Castañeda explains. “Full liquor licenses are like $50,000 or something crazy, and to get them here in Palm Springs, you have to enter a raffle.” It would be ridiculous, then, if Alcoholic Beverage Control agencies, the governing bodies that regulate and receive payments for these pricey licenses, did nothing to allow restaurants to keep serving — or at least make their money back in other ways during these desolate times.

But numerous restaurants are scrambling to make sense of and adjust to these new rules at such a fast pace. “You have to order food with your alcohol,” Castañeda explains. “That’s one of the stipulations. The other thing is, I have to show everyone a piece of paper that says, ‘Look, this has to go in your trunk. If not your trunk, a space in which the driver and passengers aren’t seated, so the back seat.’ Right now with our deliveries, when we’re delivering alcohol, we have to put it in the trunk.”

In California, at least, restaurants are also required to serve alcohol in containers with a secure lid or cap, leaving many scrambling to gather large quantities of glass bottles, mason jars or other usable receptacles. “We have large liter bottles that we upcycle for our hot sauce, so we were like, okay, well, we have lots of those bottles, and we can put our margaritas in there and sell them as liters,” Castañeda says. On the flip side, Logan, 31, tells me that one L.A. restaurant served him a takeaway cocktail in a large paper cup, indicating just how disordered the implementation of these new regulations has been.

To get a better sense of how customers are experiencing these new rules, my girlfriend, Artemis, and I ordered a liter of margaritas, along with some food, for pickup from El Mirasol. The margaritas came in a hefty glass bottle with a handful of limes and were appropriately priced at $25. “For me, part of the Mexican restaurant experience is being able to have a margarita,” Artemis says. “So I was glad that I could still have the experience I wanted.” 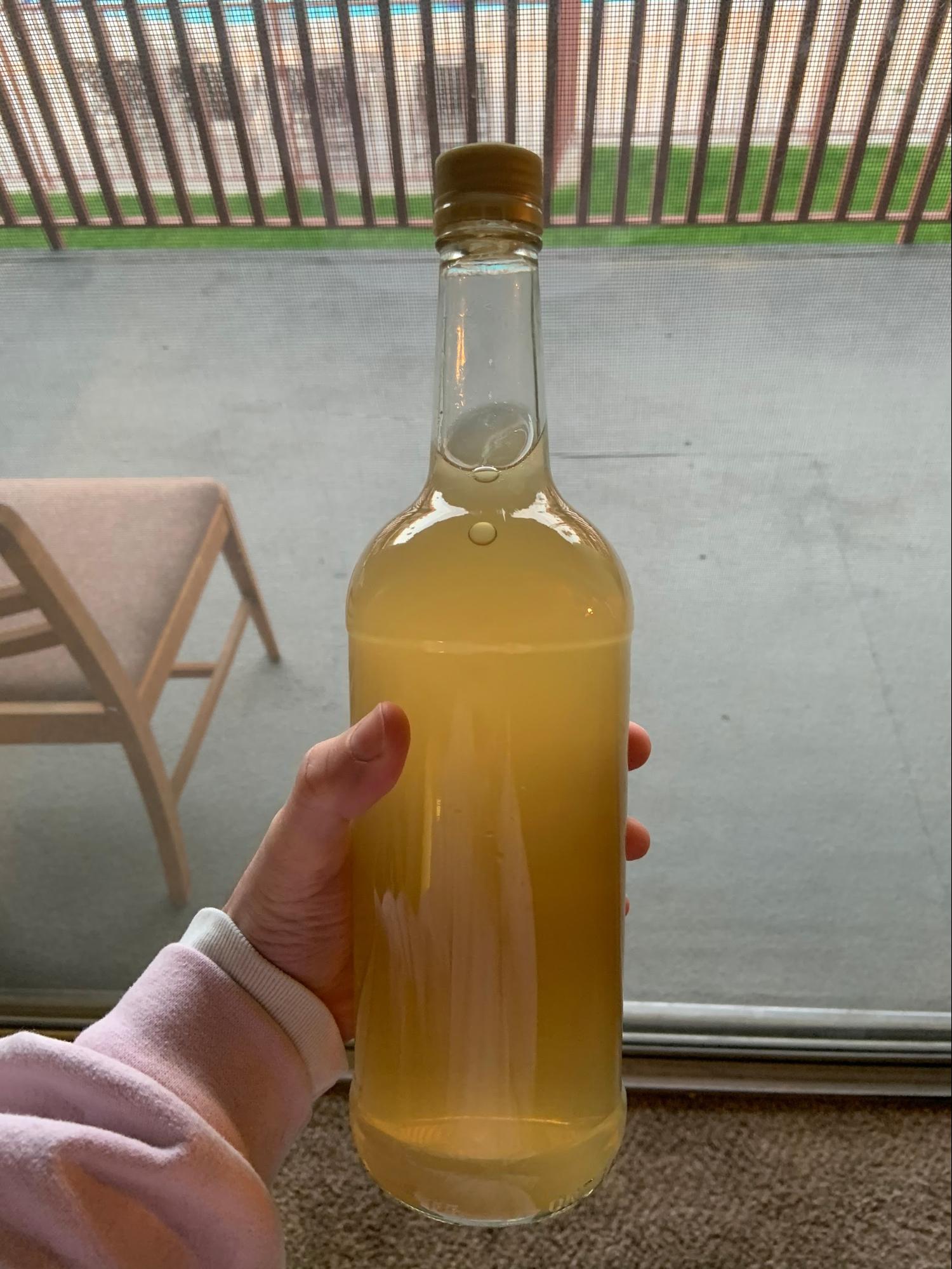 Overall, Artemis and I give alcohol for pickup and delivery a thumbs up, and apparently, many others on the receiving end do, too. Castañeda says hordes of her customers were begging for takeaway booze, even pleading with them to break the rules before these new regulations came to be. “The demand was there,” she tells me. “Now that we’re selling margaritas, people are stoked. They’re so happy.” Some further evidence: In the short time we were on the phone, Castañeda took five takeout orders, most of which involved margaritas, with “extra limes.” 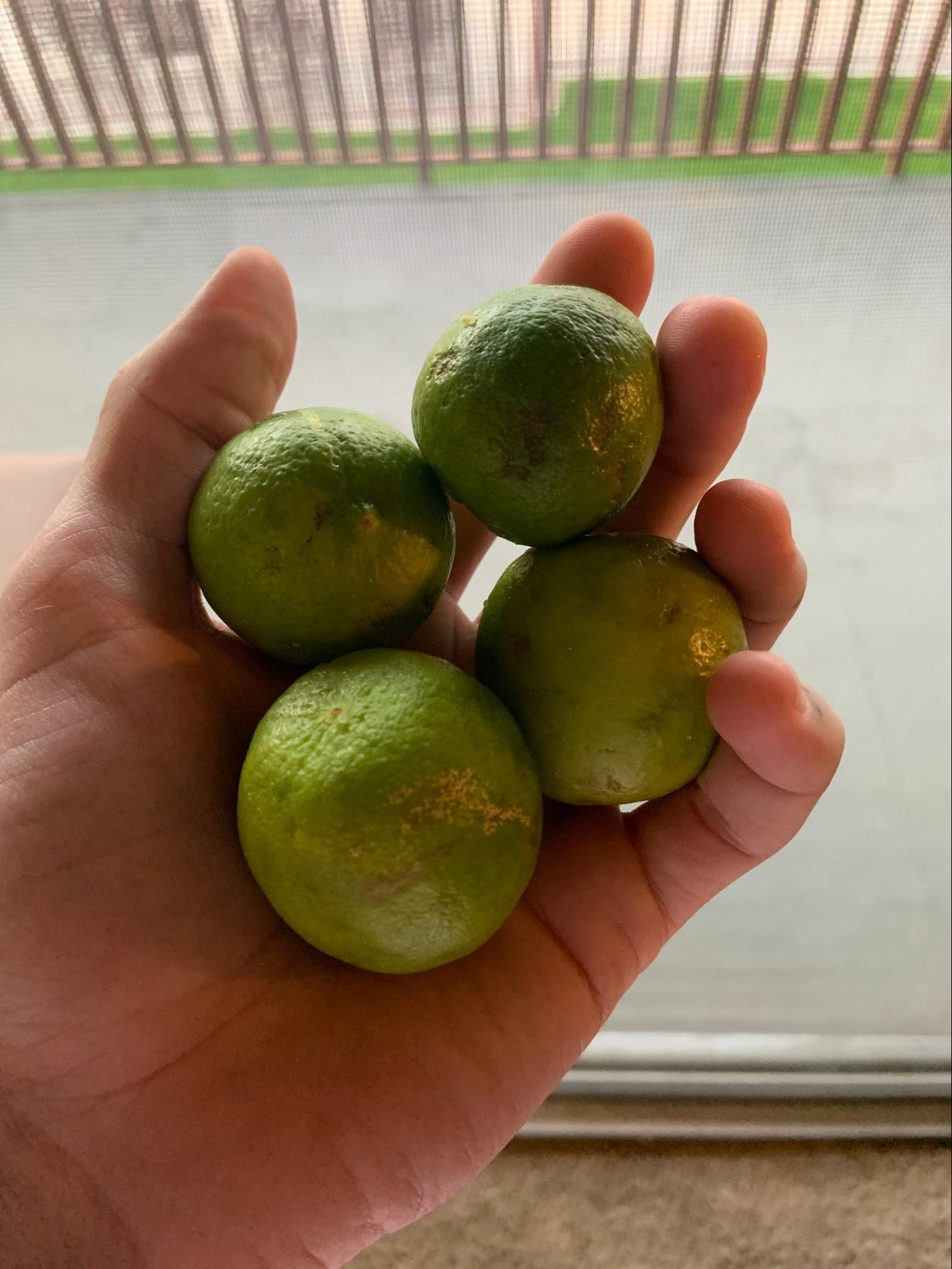 But while customers might be happy, many restaurants have had to frantically overhaul their entire system to concentrate on takeout and delivery while still following the rules. “I don’t know how to schedule for this,” Castañeda laments. “It was so sudden. I read an article where a teacher was saying that this is like building a plane and learning how to fly it at the same time, and I don’t think there’s a better way to describe this situation.” Since the shutdown began, El Mirasol has been forced to reduce their hours to Wednesday through Sunday from only 4 p.m. to 9 p.m. to accommodate for the noticeable loss of business during breakfast and lunch.

Austin Melrose, co-owner of the Umbrella Hospitality Group, made up of three L.A. restaurants that pride themselves on their craft cocktails, says he was forced to close down two locations indefinitely and cut back on employees, both to curb contamination and to adjust to these strange new circumstances. “We’re running it with about five people, who go straight from work to their homes,” he explains. “We’d also never [previously] run a delivery service.”

Now, all of a sudden, Melrose and his small team are attempting to shell out craft cocktails, like Mules and Mai Tais, for pickup and delivery from their makeshift headquarters at the Melrose Umbrella Co. “We had to do a pretty massive pivot with the small staff that we have,” he explains. “We were like, ‘Okay, how do we safely bag and batch cocktails as responsibly as possible?’ We started doing it with mason jars, using gloves and masks.” They also employ a vacuum-packaging machine to seal fresh mint and other garnishes.

Castañeda, too, adds that ramping up on sanitation has been a strenuous task. “The only hesitation we have right now is making sure we stay healthy and don’t get sick,” she says. “The amount of sanitation that we’re doing is pretty crazy — changing our gloves every so often; making sure that the pens are clean; if the checkbook has been used, put it in the dirty checkbook pile. It’s pretty crazy.”

Yet despite their determination, Melrose says the ability to sell takeaway booze has “definitely not” made up for how much business has already suffered due to the coronavirus. “We’re staying at it and kind of seeing how it goes, I guess,” he says. “My prediction, if I have one, is obviously that people aren’t ordering breakfast in. We decided not to do breakfast options. It’s the easiest meal to skip, because you can sleep through it, especially if you don’t need to go to work.” Next, Melrose suspects people will stop ordering lunch, too, partly because “spending habits and hours are all out the window.” He also says that being required to order food has turned away the customer base that normally comes in for just drinks.

Another large challenge for the Umbrella Hospitality Group has been suddenly dealing with Postmates, one of the companies they turned to for their sudden delivery needs. “Postmates takes a huge chunk,” Melrose laments (after checking with a colleague, he confirms that they take 27 percent of each order). “They’re making a killing off of people who are in the weeds. It’s kind of infuriating.”

All in all, while takeaway booze is certainly welcomed by quarantiners who are craving their long-lost restaurant experiences, even with loosened regulations, the speed at which restaurants have been required to transform their entire businesses has created quite the clusterfuck.

Or as Castañeda puts it more lightly, “The whole system is a little wild.”