How to Curb Your Weed Intake, Like, for Really Reals This Time

My name is Ian, and this is my attempt at not turning into a literal nug of kush

I smoke too much weed. At least, I think I do. I smoke on a daily basis, certainly, beginning around 6 p.m. on workdays and whenever I feel like it on weekends. Once I start smoking, I almost always continue until I inevitably fall asleep thinking about how cool it would be to befriend a human-sized grape.

I’ve become a regular at my local dispensary, as I stop in at least once a week (I even have a preferred parking spot). I normally leave with an eighth (3.5 grams) and some pre-rolls, which my girlfriend and I usually manage to burn through within the week, hence me returning a second time for another batch.

I know this might not seem like a lot to some, and by all means, call me a lightweight while you repack that bong. The problem I’m getting at is, smoking has a tendency to quite literally end my day, especially on workdays. It encourages me to shirk away from my responsibilities and, perhaps more importantly, my hobbies. My stoned brain will almost always choose eating snacks and watching Netflix over cleaning the garage and practicing guitar, and I don’t love that this is my life. So in that sense, yes, I smoke too much weed.

I imagine you might also be thinking, Why don’t you just smoke less, feeble pothead? This is a fair question, and one that I frequently ask myself. I know that weed addiction is much less intense than that associated with pretty much every other drug, and I honestly have no problem going several weeks without smoking on vacation. That said, having a psychological dependence on weed, which is what I’m self-diagnosing myself with, is incredibly common. Per the National Institute on Drug Abuse, “Recent data suggest that 30 percent of those who use marijuana may have some degree of marijuana use disorder.”

In which case, the simple answer to your question is, I don’t know how to just smoke less. So I asked someone who does, namely, 26-year-old Evan Williams, who cut down his weed intake from a quarter (seven grams) a week to an eighth. His approach is simple: Smoke lower-potency, sativa-leaning strains and engage in some kind of competitive activity. The idea here is that weaker, more upbeat strains will keep you from spending all your time in a daze on the couch, and so will that competitive activity.

As such, I went out and bought an eighth of Harle-Tsu, which is a high-CBD weed strain that should theoretically be perfect for my purposes, since more CBD means less THC, which means less time high as balls. 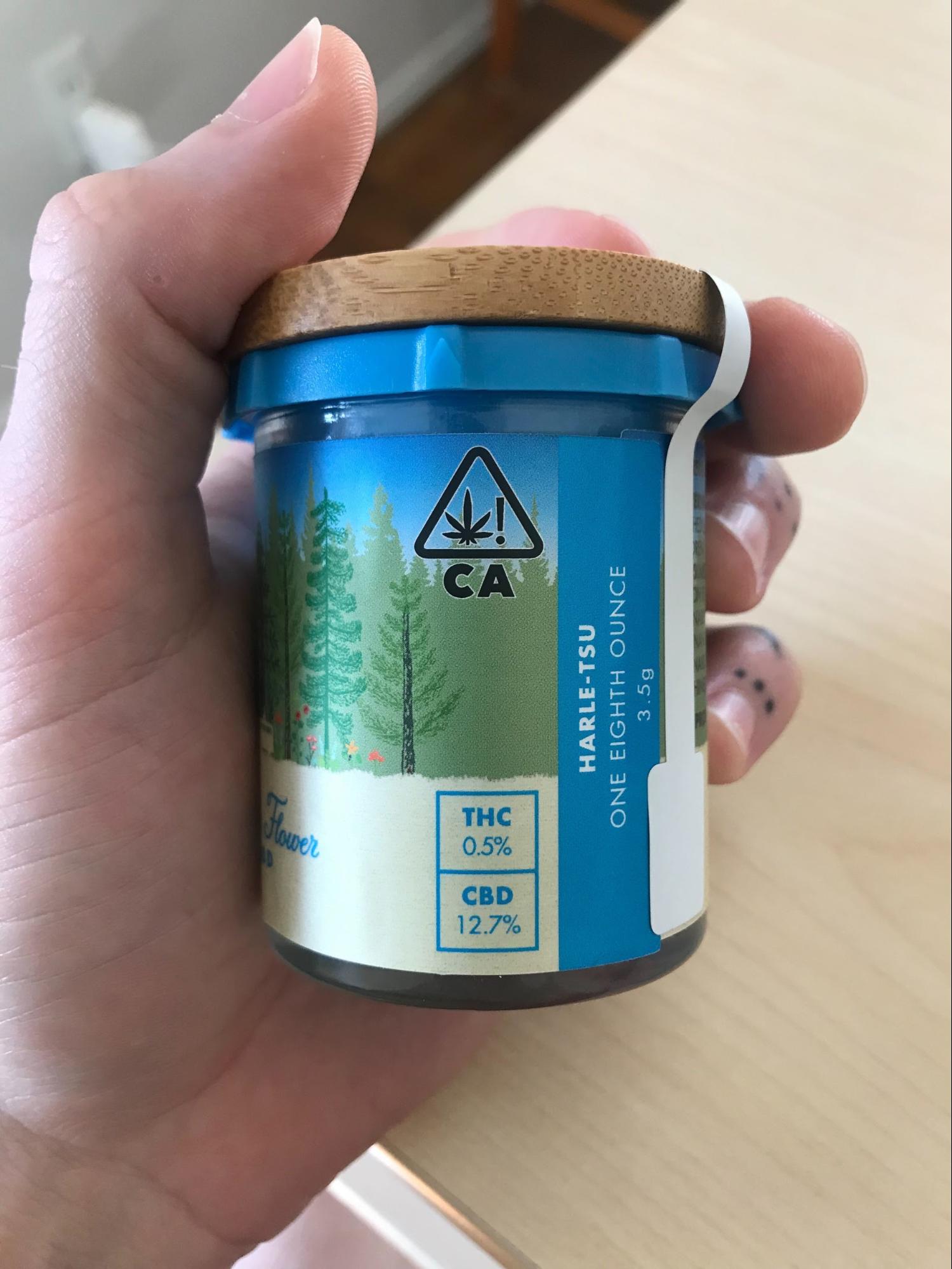 My impression, after smoking Harle-Tsu for a while, was that a lower-potency strain like this is perfect for cutting down. It still contains 0.5 percent THC, which is enough to make me enjoyably buzzed after several puffs, but not enough to make me incapacitated for the whole night. In fact, I didn’t even need to change up my smoking schedule to notice a huge difference in my daily motivation.

The one caveat to this approach is that you might end up consuming the same volume of weed, just with less psychoactive THC. Therefore, you’ll probably also end up spending just as much money as you were before. Either way, it’s an improvement.

This approach might not work for everyone, of course. On Reddit, some people who have been through the same experiences claim that the only way to curb your weed intake is to straight-up quit cold turkey. Around the web there are also some more obvious fixes, like simply increasing the time between smoke sessions and delaying the first time you smoke each day.

Meanwhile, one other online tip that I found particularly helpful, especially on weekends, was reducing my caffeine intake. I’d normally reach for coffee after smoking during the day on the weekends, since the energizing effects of caffeine counteract the sedating effects of weed. But by cutting down on caffeine, I was basically forced to smoke less weed, lest I end up falling asleep at noon.

For a more scientific approach to cutting down, though, I reached out to Timothy Fong, director of the UCLA Addiction Medicine Clinic. “Reducing cannabis intake is similar to any other behavioral change we want to make in our lives — losing weight, exercising more, drinking less, spending less money, spending less time on social media,” he explains. “It works better and lasts longer if there’s a plan in place and if there’s more than one person working with you on it.” Here’s how he recommends going about that:

So there you have it, fellow stoners who also want to get shit done and be responsible. I hope this helped, and I’ll see you around 6 p.m. for a quick Harle-Tsu smoke sesh followed by some cleaning and playing guitar.