How ‘Playgirl’ Became an Iconic Gay Magazine, The Definitive Guide to the Astrological Signs of the ‘Avengers’ and ‘PCU,’ 25 Years Later

Until only recently, I wasn’t excited for Avengers: Endgame. I didn’t particularly like Infinity War; and the idea of spending three hours choking down that movie’s Version 2.0 sounded about as fun as a trip to the dentist.

But then the reviews came in, and I’m starting to think Endgame could be worth buying a ticket for — assuming some asshole doesn’t tell me how it ends, first. Fortunately, a few courageous internet denizens are proving that some heroes don’t wear capes by sacrificing their own fandom on a Kamikaze mission to block Avengers spoilers for the rest of us. Hopefully they can keep us safe.

But if not, there’s always Spoiler Protection 2.0.

“The Not-So-Secret Fandom of Gay Men Who Love ‘Playgirl’”
Despite its tagline, “Entertainment for Women,” Playgirl, the now-defunct naked-male counterpoint to Playboy, was anything but. Depending on who you asked and when you asked them, 30 to 100 percent of Playgirl’s readership was gay men, whose discovery of and interest in the magazine played a formative role in their sexual development. C. Brian Smith charted the magazine’s rise and fall, and spoke to guys about what made Playgirl so iconic. READ MORE

It’s easy to turn up your nose at NFL players complaining about their contracts, especially when even those who get paid the league minimum are making the kind of money most of us working stiffs won’t sniff in our lifetimes. That doesn’t mean, however, that NFL contracts aren’t terribly unfair for the vast majority of players — especially considering the vast amounts of cash owners will make on the backs of their prized (and highly disposable) possessions.

PCU, the 1994 stoner flick about college life in an increasingly “PC” world (hence, PCU) is the Animal House of the millennial generation. In the late 1990s, teenagers were almost guaranteed to run into the flop-turned-minor-cult-classic on at least one of the 30 or so channels afforded us. Twenty-five years after its initial release, Miles Klee rewatched the film and found it just as hilarious as he remembered it — minus the “PC” part.

The Rent is Too Damn High!

Conventional wisdom states that you shouldn’t spend any more than 30 percent of your income on rent. Talk to actual renters, however, and that number goes right out the window.

Nationally, half of Americans pay more than 30 percent, and millennials drop 45 percent. But the hardest hit renters are poor people and people of color. And as for why we’re all paying such high rents, it’s a combination of toxic factors.

Don’t Say ‘No’ to High-Quality H2O

Considering we need water to, you know, survive, it’s strange to hear that some folks just flat-out don’t like drinking it. But that’s no way to live — literally — so Ian Lecklitner reached out to a bunch of people who chug water like it’s their goddamned jobs to ask them how they force themselves to drink the stuff, even when they don’t want to. Here are their extra-moist suggestions.

Pregaming before going out for the night (or day, let’s be honest) can go one of three ways: 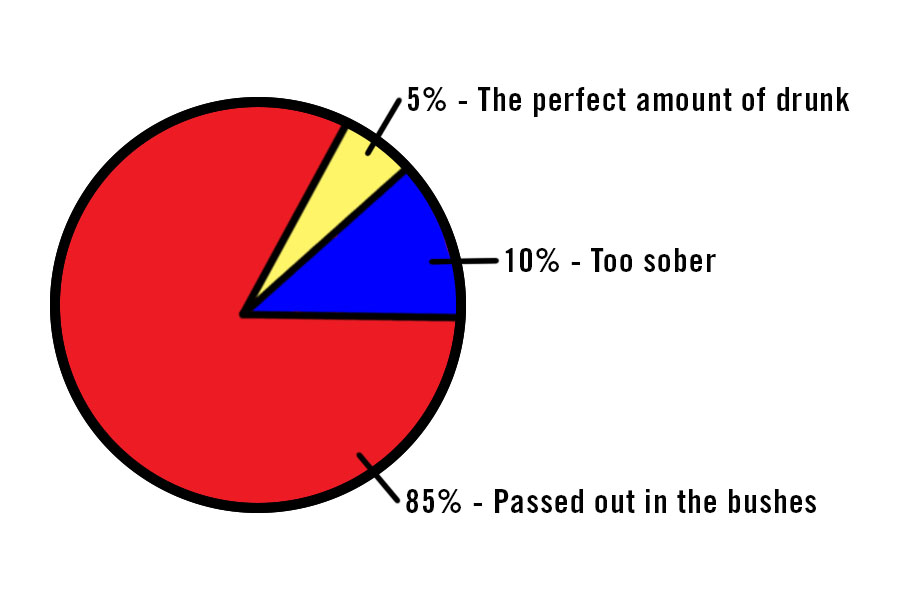 Let’s face it: Depending on when you start, the odds of you not overdoing it are slim to none. Bros that we are, we asked a professional bartender to concoct pregame strategies for three kinds of drinkers: 1) The hardened alcohol aficionado; 2) the one-wine-and-I’m-fine sipper; and 3) that person who already drank themselves into oblivion the night before. This is what he had to say.

For the uninitiated, one of the newest trends in sex toys are Bluetooth or “smart” vibrators that use a Bluetooth-connected app as the toy’s high-tech, long-distance remote control. Great, if you’re into long-distance sex, playing discreetly in public and/or experimenting with consensual power exchange, but not great if you get hacked. Thankfully, the odds of that happening are slim. But that doesn’t mean it can’t or won’t happen, and soon, because your high-tech vibe’s security is about as low-tech as it gets.

Ever wonder what sign of the Zodiac your favorite Avenger is? Suuuure you haven’t. Personally, knowing whether Captain Marvel is an Aries or a Libra keeps me up at night. Fortunately, we’ve got a certified astrological badass on staff in Erin Taj, and she was kind enough to correctly work out each Avengers’ sign based on little more than their powers and personalities.

Thou Shall Not Spoil ‘Avengers’

It only takes one person sticking his dick in the mashed potatoes to ruin Thanksgiving for everyone else; and it only takes one asshole posting spoilers on the internet to ruin Avengers for the millions of fans who’d rather see the movie without knowing whether Ant-Man explodes Thanos’ asshole from the inside out, thankyouverymuch. Luckily, on MCU-themed subreddits r/ThanosDidNothingWrong, r/Avengers and r/MarvelStudios, the real Avengers are the mods who take spoilers, really, really seriously.