How I Conquered the Curse of the Quarantine Fade

All the experts say cutting your hair by yourself is a terrible idea, but right now, even a bad cut is better than a boring one

Trepidation is the sound of barber’s clippers roaring behind your ear as you hover the blade above the back of your skull. The clippers feel crooked as you peer at the mirror in your hand, trying to gauge where the blades should stop. All you need are gentle flicks to taper the hair toward the crown of the head. It seems impossible to get right with the nerves setting in and the buzz growing louder.

Reaching the back of your head is the scariest moment in any self-haircut. I didn’t realize how alone it would make me feel. No one could lend their judgment. No one was there to reassure. If the blade went astray, I had to live with the consequences.

About two weeks ago, it dawned on me that with shelter-in-place rules keeping California on lockdown indefinitely, it would be a long time before I could see my usual barber, Asia, for a tidy fade. And while some of my friends had already resigned to letting their locks grow long, I hated witnessing that dark mass on the top of my head slowly expand, day by day. My thick East Asian hair has this nasty habit of growing straight out, especially on the sides. As if the threat of growing chubby around the middle while sitting at home wasn’t enough, I now faced a future of waking up every morning and hating the cut I saw reflected at me in the mirror.

Yet everywhere I looked, people were suggesting that attempting to do anything other than the bare minimum with a quarantine haircut was ill-advised. Some experts think it’s basically a fool’s errand, suggesting we mortals try a minor clean-up around the ears and bangs, if anything. Others merely point to buzz cuts as the pragmatic answer for the everyman. And, to prove their point, the internet is littered with evidence of comical quarantine-cut fails. “I wouldn’t recommend anyone cut their hair at home. I’ve been in the industry for nine years, and I’ve struggled cutting my own hair,” Sean Moore, creative director of Menspire, told Insider.

But to be honest, the only thing worse than the thought of botching a haircut at home was a future of staring at my giant, shaved dome transmogrifying into a bristle brush and praying every night for faster hair growth. So much about the pandemic seemed to be about sacrifice, both big and large. I didn’t want to sacrifice this. Plus, I vowed to myself that I wouldn’t make the mistakes I watched on YouTube and Twitter.

A massive step toward avoiding them is having the right equipment, which is to say professional clippers rather than a cheaper, but underpowered, beard trimmer — the target of blame for many failed cuts online. There’s a reason why Wahl and Andis clippers are industry-standard, and even with Amazon flush out of stock, barber supply stores still have reliable models for around $70 or less (I got my Wahl Designer at BarberSupply.com). In the days leading up to the Saturday delivery date, I consumed a steady stream of videos on “how to cut your own fade,” jotting down tips while crossing out more advanced techniques.

As promised, the box arrived on Saturday, and the following two hours that morning felt like a blur. I laid down a tarp of trash bags in the bathroom. I checked the blade alignment on the clippers and oiled it. I grabbed my notes. The first step was to put on a headband, which served as a guide as I mowed off the hair around the nape of my neck and ears. With the bottom “edge” set, I grabbed the red #4 guard and snapped it onto the clippers. Just like I had seen in so many videos, I flicked the machine upward along the side of my head. Lumps of black-brown fell to the floor with a muted brrrrrrr, again and again.

You know when the clippers are cutting hair because the sound of the blade changes. And so, for the next hour, I chased that sound, making sure the blades never touched hair for too long. It seemed easy enough, on paper, to cut a fade: Start with the longest guard and work down the head with the #3, #2 and #1 in layers, meeting back at the hairline I initially cut. But heads have lumps, and it’s easy to forget where you are while trying to even out a dark patch. And it felt like some sort of motor-skills final exam to attempt it on the back of my head, flying either blind by feel or half-blind while staring into a hand mirror.

But, like with any other tricky thing you attempt for the first time, the rules remain the same: Take your time. Don’t get cocky. Trust the process. And as I stood there, covered in a million shards of hair, turning my scalp redder with each OCD pass of the clipper, I started to see it. The crooked transitions between each layer of length were starting to blend. The back looked rounded instead of pointed. Each flick of the wrist felt more natural. Confidence rose as I began to trust the equipment and my instincts with it. Eventually, after 90 long minutes, I flicked the clippers’ power switch off for good. The finish line was near — all that remained was to trim the top of my head with shears, moving from the front to back, chopping a half-inch off small bunches of hair.

COVID-19 quarantines have become a time of both suffering and rediscovery, as we’re forced to learn new skills and transition old ones within the confines of our homes, often without any support next to us. It’s why so many of us are baking shitty, cursed sourdough loaves, seeking the novel highs of quirky workouts that’ll kick our asses or just revisiting hobbies from past years. There is much joy in merely trying something new, but gaining competence is what has always felt most addictive to me. I knew the expense and stress of cutting my own hair was worth it as soon as I brushed myself off after two hours, looked in the mirror and saw what I wanted to see. I hate being told I can’t do something, and I hate settling because of a lack of options.

Maybe you’re some strong-jawed handsome prince like Ricky Martin or Chris Evans, able to look cool as hell with a buzz cut. Or maybe you think it’s just wild and fun to shave it all off. But no matter what GQ says, the buzz ain’t “the way forward” — not even during a pandemic. Self-sufficiency is borne of necessity, but it doesn’t have to be ascetic. And even a failed fade (or other cut of your preference) tells a better story than a decision just fueled by pragmatism and doubt.

Better yet, as the quarantine likely stretches forth, I know I can flick on those clippers on and, with a little patience, look and feel normal again. 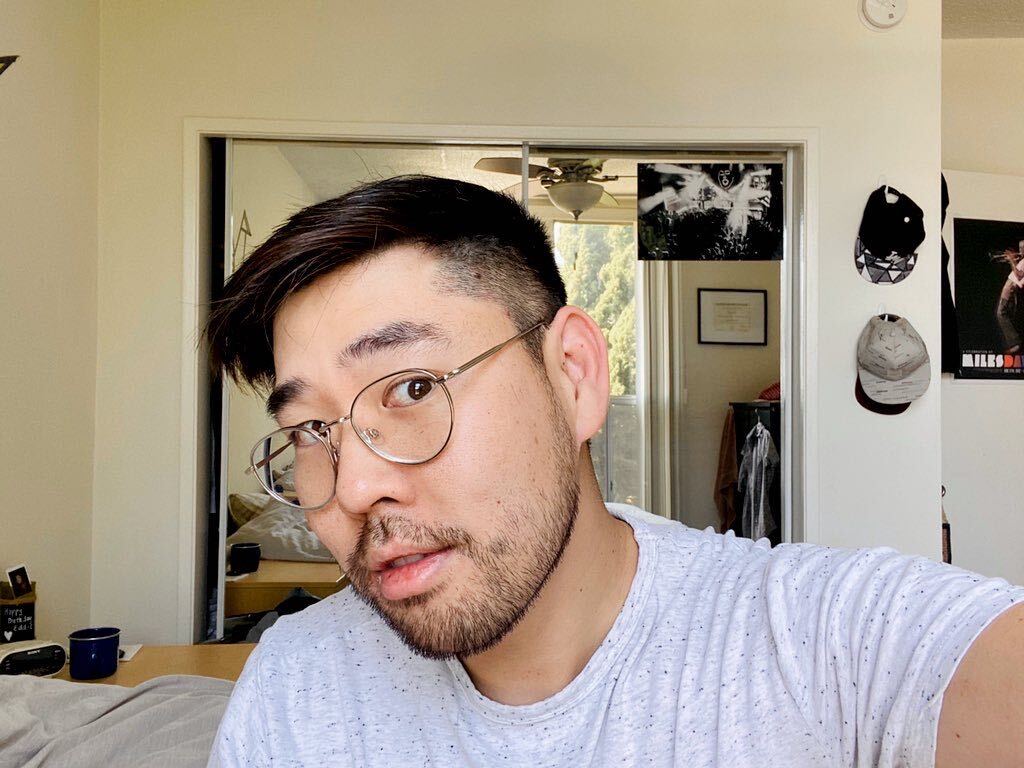