Extremely online operators know a hoax when they see one

In the original sense of the word, a “shitpost” amounts to digital garbage, the stuff gumming up the internet because people get bored and want to provoke a reaction: outrage, annoyance, bafflement, you name it. As a craft, shitposting doesn’t concern itself with the truth — you adopt any guise, make up whatever nonsense befits the context. You are never serious.

But shitposters are also a tribe of sorts. They recognize each other’s work, and they know when someone is talking out of their ass. For all their trolling with doctored headlines, Photoshop fakes, invented stories and decoy accounts, they have also come to serve as rogue fact-checkers, the first to sniff out a hoax. One target they all have in common right now is so-called “Havana syndrome,” the name given to a loosely associated bunch of symptoms first reported by American diplomats in the Cuban capital, and by CIA personnel and other U.S. government employees working abroad. The media have played it up as a medical mystery.

The shitposters, meanwhile, have dogged them every step of the way.

To the true believers, Havana syndrome is a real, newly observed and debilitating illness that could be caused by a hostile foreign actor using sonic or microwave weapons against representatives of the state. To the seasoned skeptics of the web, however, it’s just a bunch of paranoid spies and overstressed agents of the American empire concocting a sci-fi explanation for common migraines, nausea and fatigue, with far too many journalists willing to lend these ludicrous ideas any credence.

Almost every article you read on the topic includes the caveat that we have no real evidence of a single “syndrome” shared by all these patients, but that doesn’t stop reporters from adding to speculative intrigue around the possibility. The Wall Street Journal blithely refers to Havana syndrome “attacks” and “assaults” in their headlines. On a recent episode of Chapo Trap House, a leftist politics podcast with a shitposting mentality, the hosts dismantle a New York Times article that also refers to “mystery attacks.” Again, there’s zero proof of “attacks” — this is just the term thrown around by CIA Director William Burns.

Interestingly, opinion on the phenomenon isn’t partisan: Commentators from across the political spectrum have dismissed it as conspiracist bunk, while Congress was fully united on a bill that would set aside $30 million for the treatment of its “victims.” This is despite the State Department judging the involvement of microwave and ultrasound beams “highly unlikely,” and finding that a noise thought to emanate from such technology in the Cuba cases was actually, as other scientists independently concluded, the sound of local crickets. But with top government officials insistent on some implausible Cold War 2.0 premise, and most news organizations amplifying that line, it falls to ordinary citizens, posters and meme-makers to battle such baseless assumptions before they metastasize any further. Ridicule is their tool of choice.

Havana syndrome is tricky to debunk in part because just about every condition has been attributed to it. Indeed, medical sociologist Robert Bartholomew and neurologist Robert Baloh, in a 2019 paper challenging it as a novel diagnosis, note that the “difficulty concentrating, brain fog, memory problems and sleep-related” issues often cited would also point to familiar ailments including anxiety and depression, or simply aging. They argued the syndrome is most probably a mass psychogenic event, fueled by rumors and the power of suggestion. That is, the more you hear and read about this enigmatic illness, the better you are disposed to “contract” it.

For instance, the first public revelations of diplomats at the U.S. embassy in Cuba falling sick were followed by a slew of similar claims from tourists who had visited the country. Bartholomew and Baloh lay out many historical precedents for such panics, which change with the times to reflect contemporary social forces. In 2021, it so happens that the countervailing social force is… this:

How fitting that a subculture inured to lies and exaggeration — the bread and butter of the internet — should cut through wild assertions of an enemy that feel like a prelude to increased military spending and shadow wars. Many no doubt remember the government’s case for the Iraq War, itself a shitpost cobbled together from faulty intelligence, fear-mongering and rank insinuation. It’s not that I expect memes and sarcastic tweets to halt the march toward full-blown Havana fever, but there’s comfort in the number of people rolling their eyes at the frenzy of coverage and alarmism. As one canny observer puts it: “Let’s all call out sick with Havana syndrome tomorrow and see how fast State declares it a hoax lol.”

Until then, I guess we’ll stick with puns. 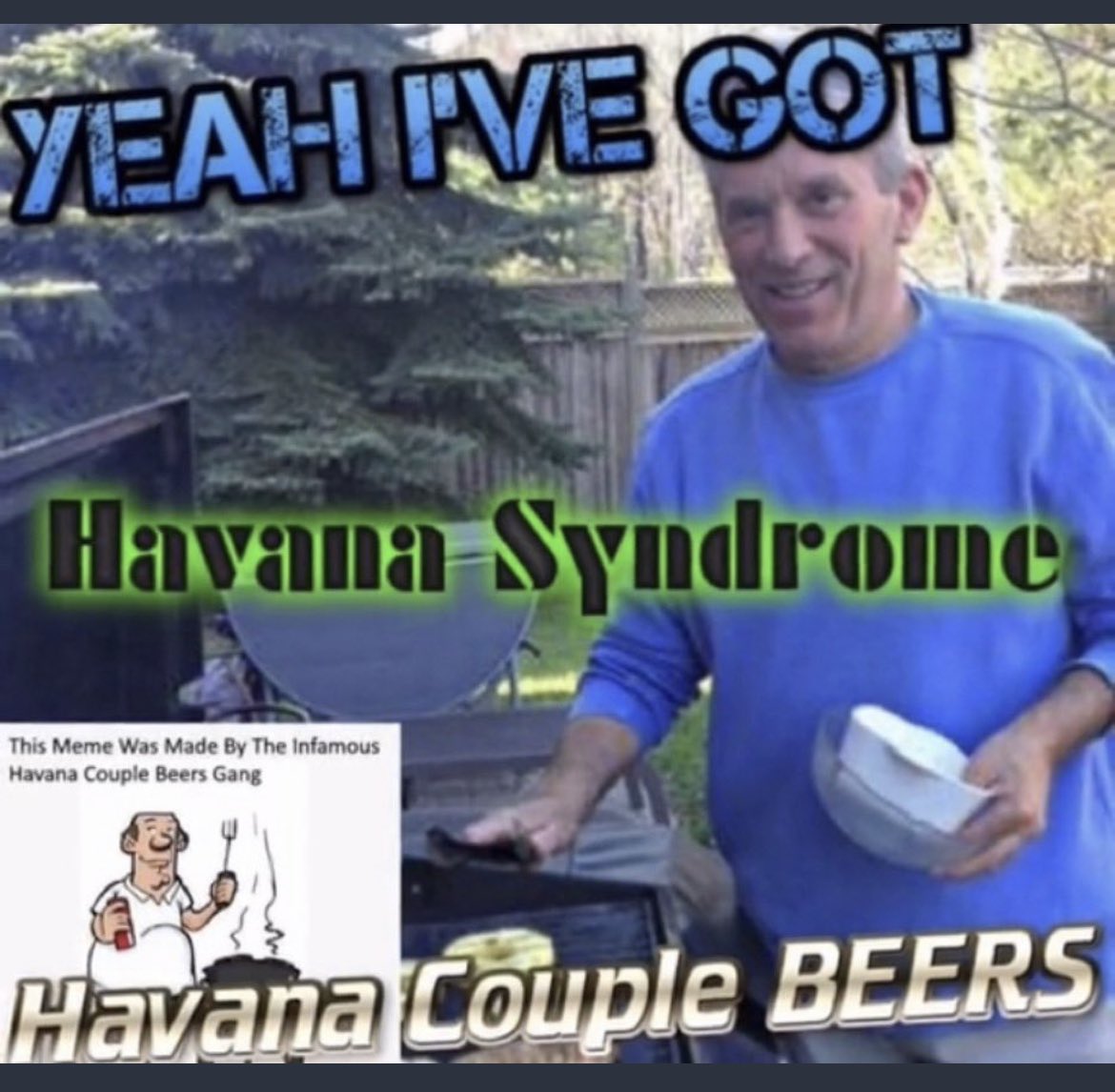