Fear of the Impossible GigaChad

It’s natural to wish you could change something in your appearance. Different chin, better hairline, ears that don’t stick out. Americans spend billions of dollars each year on plastic surgery, and nearly twice as much on health and fitness. Photo apps are stuffed with filters and tools that brighten your eyes and clear your complexion. And never before the internet did we have unlimited access to images of those people, living or historical, who are said to be perfect physical specimens, human beings in highest form. As we all know, this is kind of exhausting.

But maybe, if we confront the terminal outcome of pushing toward an intense and narrow idea of visible perfection, we will come to recognize how wrong our baseline assumptions are. Let’s say you want to design the ultimate man, the portrait of idealized hypermasculinity. He’d have to have the squarest jawline, and chiseled cheekbones. Steely eyes. A full head of hair and beard, both immaculately groomed. The musculature goes without saying. Total symmetry throughout.

Put it all together, dial everything up to 11, and congratulations: You’ve invented the GigaChad. 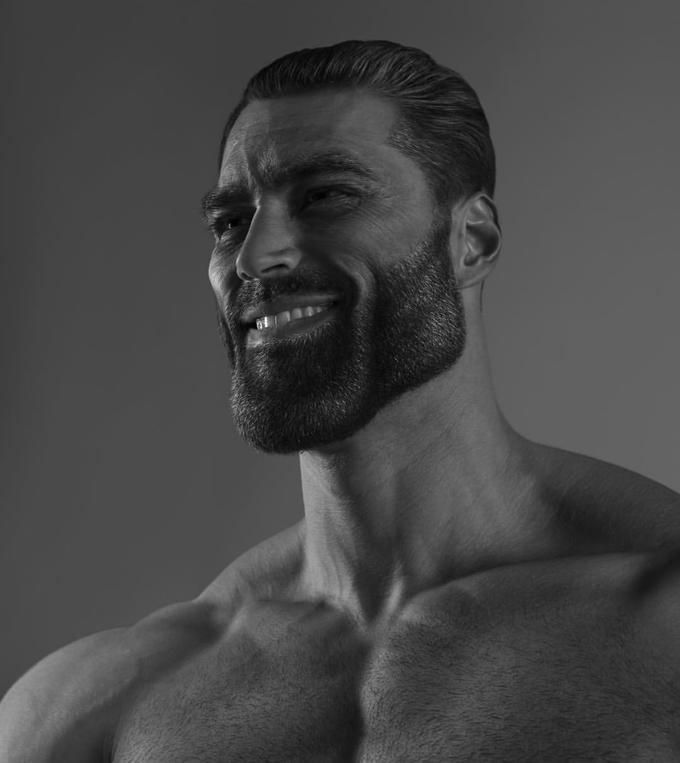 Most of what incel culture brought to the web is awful. The GigaChad, however — an archetype first coined on 4chan and subsequently much discussed on boards for the so-called involuntary celibate — may have some redeeming qualities. This is because he represents the breakdown of the dominance hierarchies that support the entire incel worldview. For these frustrated men, sex is a purely competitive market based on evolutionary fitness: The best genes win, and the “Chad” type has them.

But the obsession with ranking looks and status leads to more and more microscopic demarcations. A seasoned poster will create multiple subclasses of Chad within the category, from the lower-tier “Chadlite” up to the GigaChad, an apex predator who theoretically functions as a check on the sexual opportunities of regular Chads. “Watching a Gigachad mog [i.e., outperform] a Chad will be the most pleasurable moment of my life,” wrote an incels.co user last year, as “in that moment a Chad will truly understand the pain incels go through.”

Hopeless for their own prospects, the best this group can envision is a Chad suffering as they do. The one who could deliver this retribution is, according to their semi-phrenological theories around bone structure and the like, a rather implausible ultraman they are unlikely to ever encounter. The original and enduring GigaChad pictured above is alleged to be a Russian model, not widely known outside of the meme, named Ernest Khalimov, and people are frequently surprised to learn that he’s a real person, not a CGI creation. Between his body (he’s assumed to be a steroid user at minimum) and the deeply stylized photography he’s posed for, he occupies an uncanny valley of cartoonish, plastic manhood. An action figure come to life. 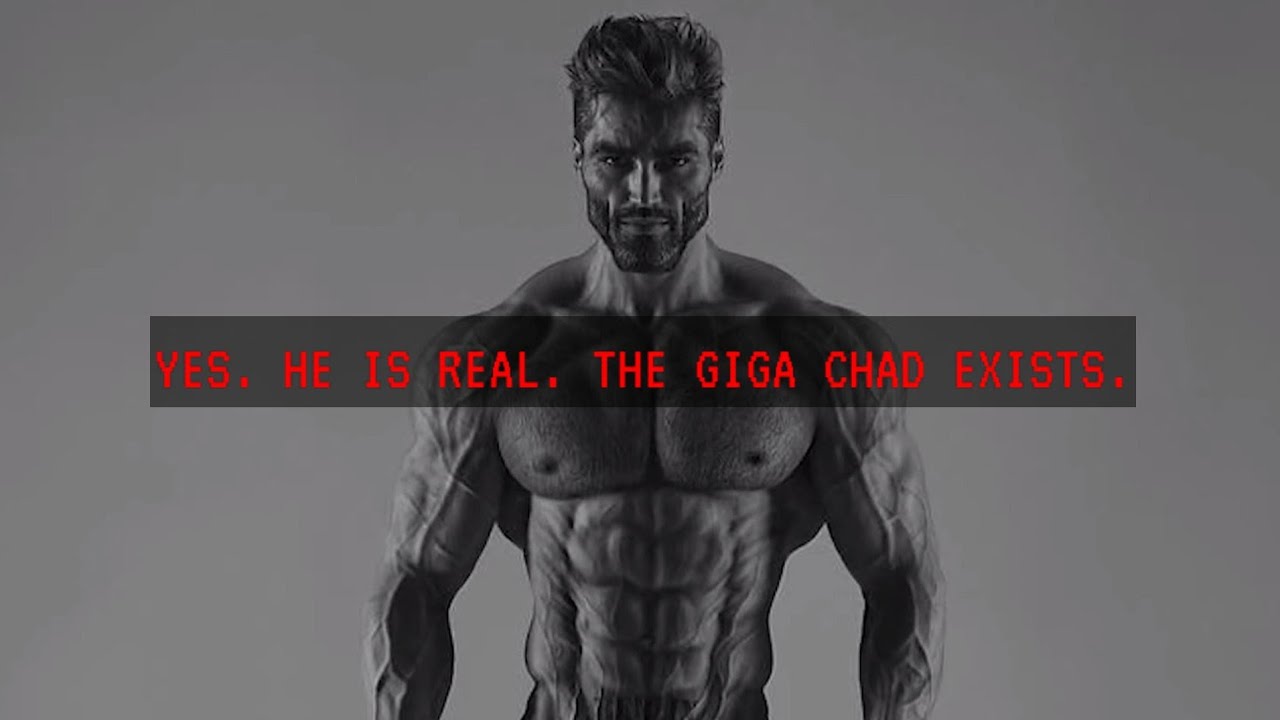 This gets even weirder, though. Since every photo of him seems to have been taken and released by the artist Krista Sudmalis, whose ongoing “Sleek’N’Tears” project is his lone credit — and there he is exclusively referred to as “1969” — it’s fair to suspect that GigaChad is almost entirely Sudmalis’ digital creation. Presumably, she employed an actual model; some claim she Photoshops a man who is or was her boyfriend, others speculate that she modifies the face of a recurring subject, Artur Farad, who features elsewhere as himself.

Nobody can confirm that it’s an “Ernest Khalimov,” who lacks a single believable internet presence. We cannot know what Sudmalis’ muse looks like underneath the heavy editing, and “1969” doesn’t show up anywhere in her behind-the-scenes videos. The raw material, as it were, is a mystery.

The GigaChad, then, is a curious phantom, neither close to authentic nor totally fake. In her efforts to showcase “ICONic Male Beauty” through distortion, Sudmalis carved out an absurd and unattainable new echelon of it that incels were all too ready to accept as further evidence of their inferiority. Lamenting that you’re not GigaChad is a bit like despairing that you’re not the Incredible Hulk: Neither state is possible, so you are not in competition with anything of the sort.

As the forums seek out other men on this level, they tend to identify minuscule flaws that disqualify most contenders, and when they do confirm someone as a GigaChad, they’re surprised to learn that it doesn’t automatically earn them a flood of attention from women — almost as if attraction is more complex than their rigid scale of genetic supremacy allows.

“Why Gigachad has no success on Instagram?” asked one member of incels.co, supplying a shirtless picture from the very buff fellow in question. “95% guys, 4% roided girls in the comments. The guy has everything, literally everything, perfect physique, 6’7, great cheekbones, massive jaw […] It’s only an example but each time I see a Gigachad account girls don’t seem to care but 6-7/10 guys are drowning in girls comments. It’s not cherry picking. Why do girls go for almost feminine upper normies instead of 9/10 genetic freaks.”

Sometimes, these boys are that close to discovering the holes in their gender dogma. See also: The many surrealist remixes of GigaChad, attempts to exaggerate what is already embellished. 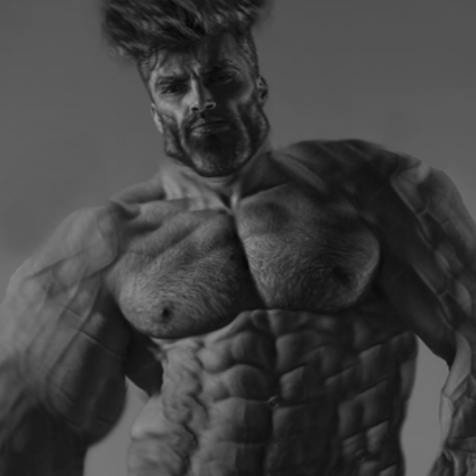 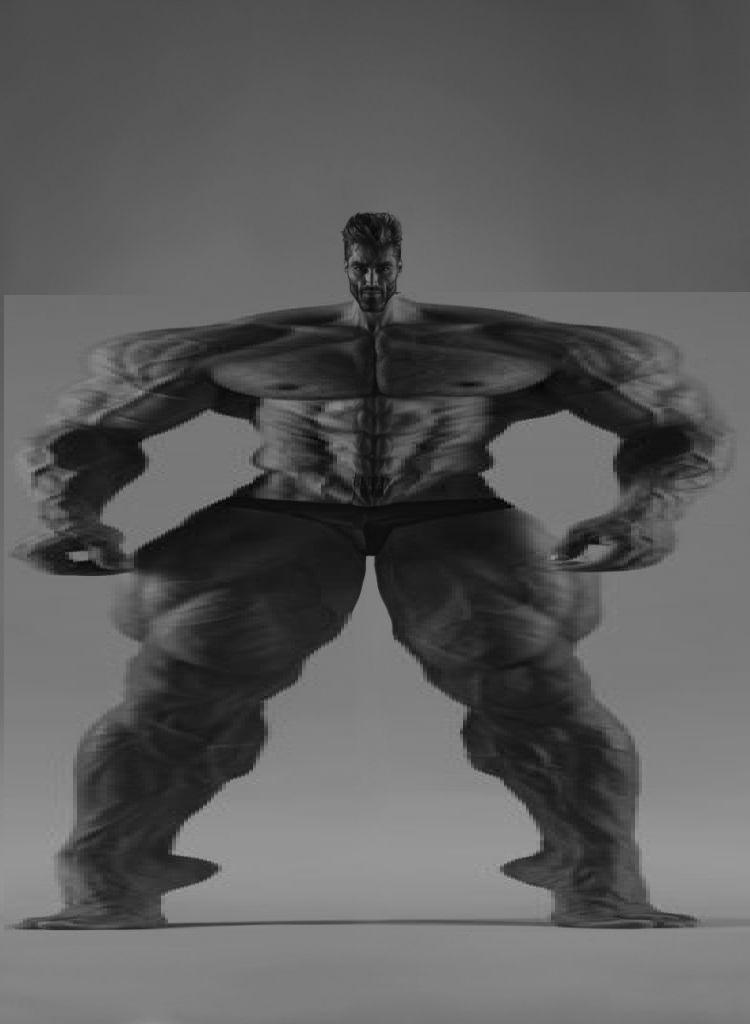 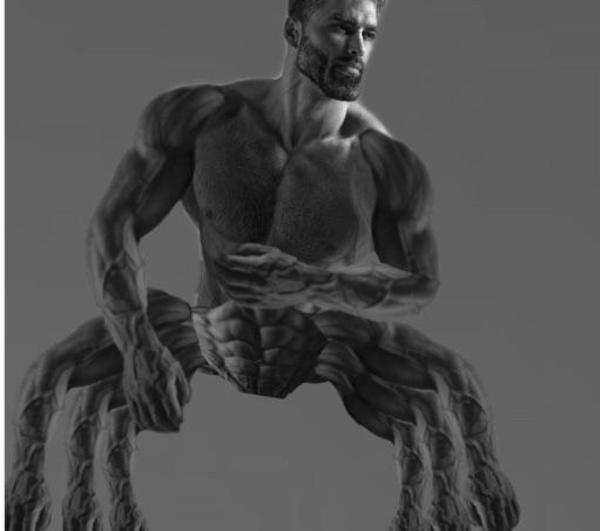 If incels have turned their anxiety of social station into this imagined rival — just making up new and increasingly elite video game bosses to suit their jealousy — it’s a reminder that they focus great energy on studying men instead of coveting women. The bodies and faces of men, their relative power and weakness, what each might do to improve or lose his current standing. It’s no wonder they feel alienated from a bustling world that has not the faintest idea of this arcane system by which they measure advantage. Those rules are for them alone, to enforce the solidarity of misery. They are oppressed by the GigaChad, but he’s only a shadow on the wall.