Cleanup on aisle me

According to The Hitchhiker’s Guide to the Galaxy, the travel guide in Douglas Adams’ sci-fi novel of the same name, a towel “is about the most massively useful thing” an interstellar adventurer can own. “Partly it has great practical value,” the guide continues, listing many uses before concluding, “you can wave your towel in emergencies as a distress signal, and of course dry yourself off with it if it still seems to be clean enough.” That last caveat would apply in a context more familiar than Adams’ alien-swarmed fantasies: the moment right after messy sex. 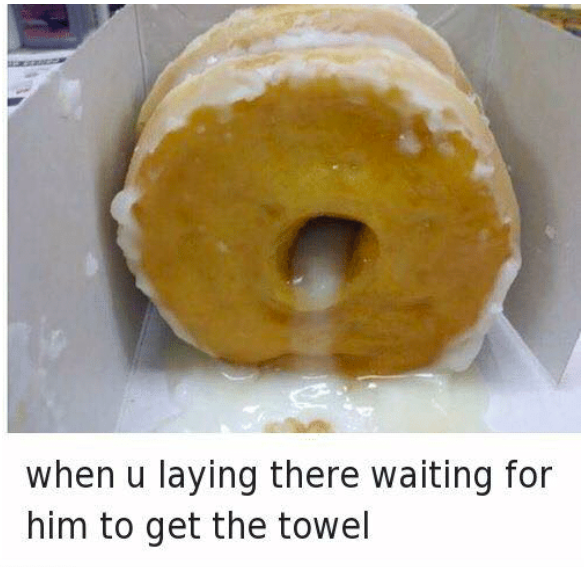 Then, perhaps, you will be charmed by a partner who gets the towel without you asking. 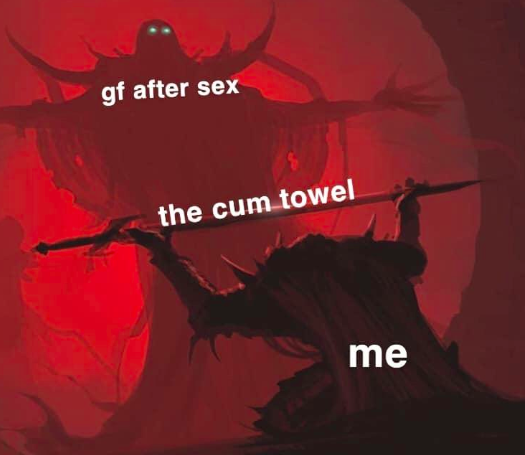 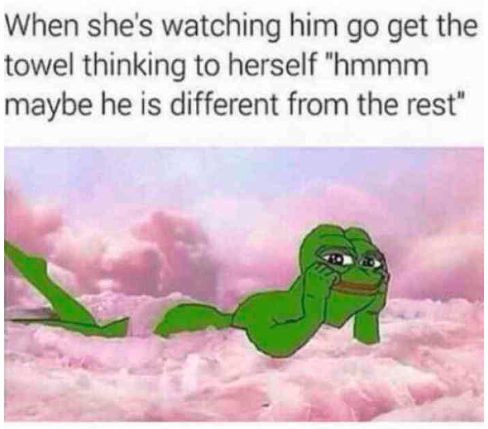 Ah yes, the dance of desire and satiety, lust and love, taking and giving. What would our physical relationships be without this attention to the most basic, awkward requirements for cleanliness or comfort? You almost begin to suspect the towel is a symbol of sex for pleasure’s sake — this isn’t procreation, it’s boning, and the stuff of insemination is a superfluity to be wiped away in all due haste. And the towel itself, should it see extensive action between washings, is a wonderfully gross testament and witness to your carnal schedule. Moreover, the towel isn’t always a post-coital fixture. In the event that menstruation or extra “salivation” is expected, the towel may be spread out ahead of the fireworks, to simplify the aftermath.

It would be an oversimplification to call the towel a universal constant. Some may prefer a shower. Some go the route of tissue paper and a toilet: a Reddit comment makes vivid reference to “the ol’ penguin waddle to the bathroom.” And certain sexual configurations don’t call for a heavy-duty wipedown. Yet the towel is not specific to class, race, orientation or upbringing. If you have a sexual history whatsoever, odds are, the towel has made an appearance.

Since this piece of fabric continues to resist obsolescence, and to retain its vulgar confessional aura, it likewise endures as a meme instead of peaking in our consciousness, then flaming out. The content simmers right on the edge of the zeitgeist and never comes to a full boil; thus do we have a new towel joke whenever we crave it, and not the glut of try-hard attempts to locate another angle to what’s basically a shared, single punchline. Though when someone has an actual breakthrough… 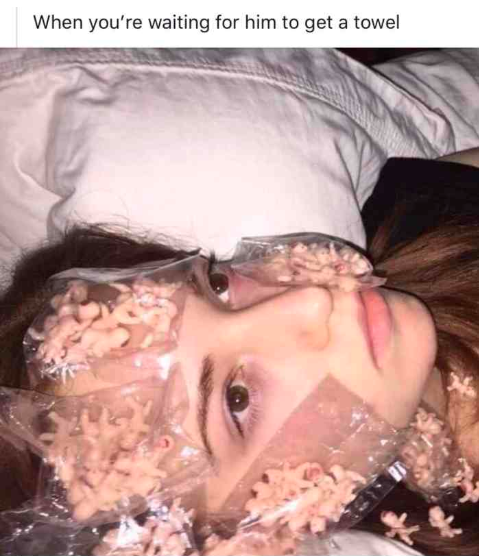 Bless the towel, and godspeed to all who rely upon it. Truly, some human solutions are neither efficient nor elegant, yet impossible to improve. In a vortex of chaos, the towel does its job, and it earns respect. In fact, isn’t it time you take a break from blowing loads and do a load of laundry?

Remember, it pays to get clean before you get dirty — and the towel lasts longer that way.