The Grown-Ass Millennials Roleplaying as High Schoolers on Facebook

It’s 2006. At least it is at this school — an academy without an address, geographical location or even a country

Another day in middle school begins, and drama has broken out even before first period can start. A text message has been circulating: It turns out the cute boy in history class has begun dating a cheerleader. Meanwhile, chatter about the winter formal fills the halls, as well as resurfaced gossip that a senior has been on a date with a teacher. In the cafeteria, “the emos,” a group known for their jet-black hair and skinny jeans, are talking about a new album they consider to be a masterpiece: The Black Parade by a band called My Chemical Romance.

It’s 2006. At least it is at this school — an academy without an address, geographical location or even a country. That’s because the school exists exclusively online, and most of its attendees are between 20 and 30 years old.

“A Group Where We Pretend to Be in Middle School” has more than 6,000 members on Facebook, one of dozens of such groups where members roleplay as middle or high school students. On the surface, the group bears a resemblance to other generational roleplaying groups — such as the millennials who pretend to be Boomers and write satiric posts with deliberate typos, poorly made GIFs and Minion memes. 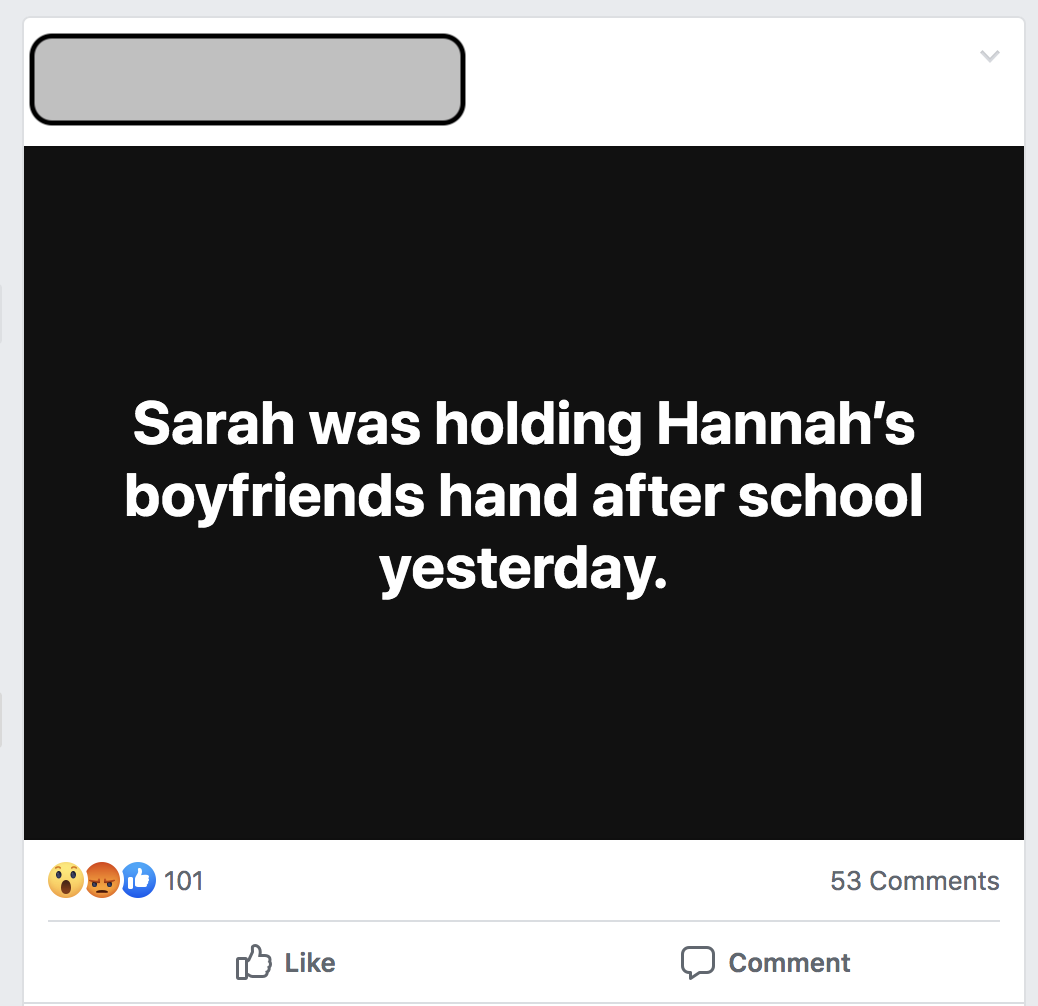 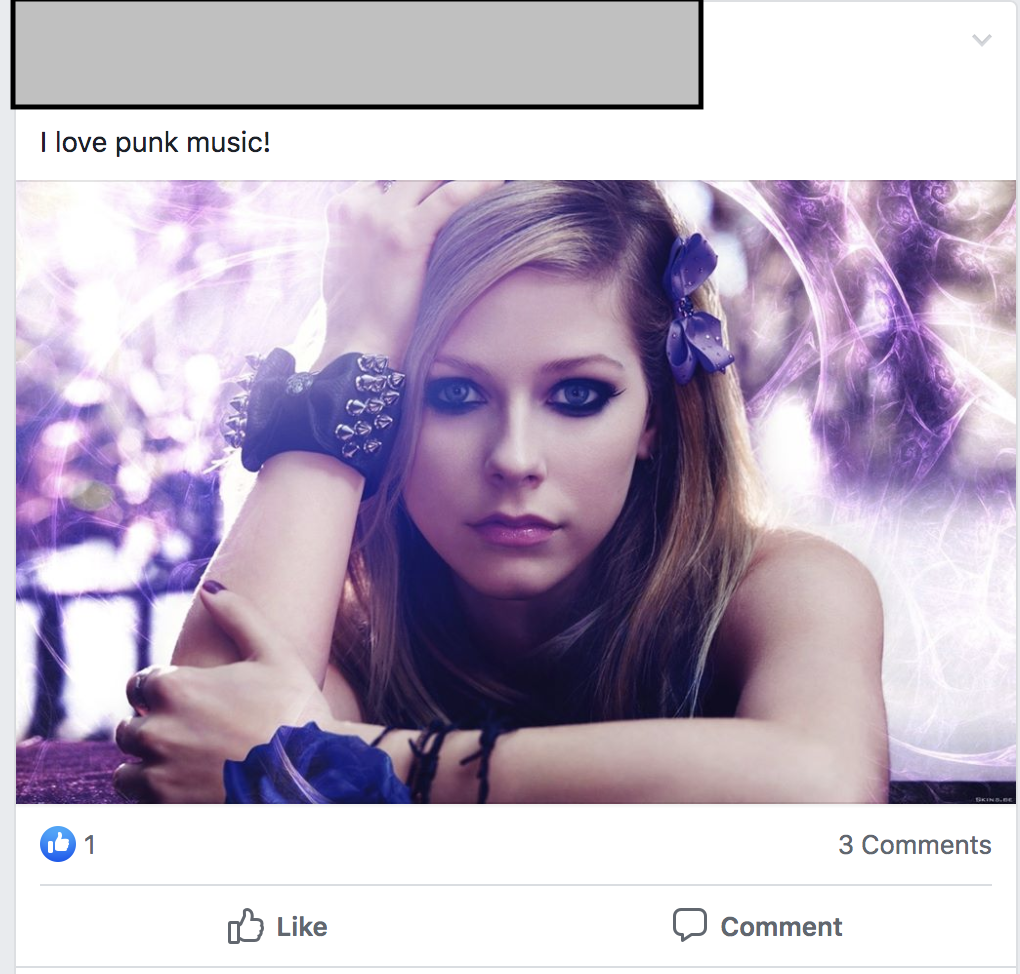 These types of groups have surged in popularity in recent years, partly because of Facebook’s aims to become a localized social network, with “groups” at the core of its platform (which, of course, is fun to mock).

But unlike Boomer roleplay groups, members of the middle school and high school version aren’t mocking teenagers. They’re doing the exact opposite, actually: allowing members to relive the happiest moments of their youth, whether through pop-culture references or stereotypical activities mid-aughts teens undertook on a daily basis. 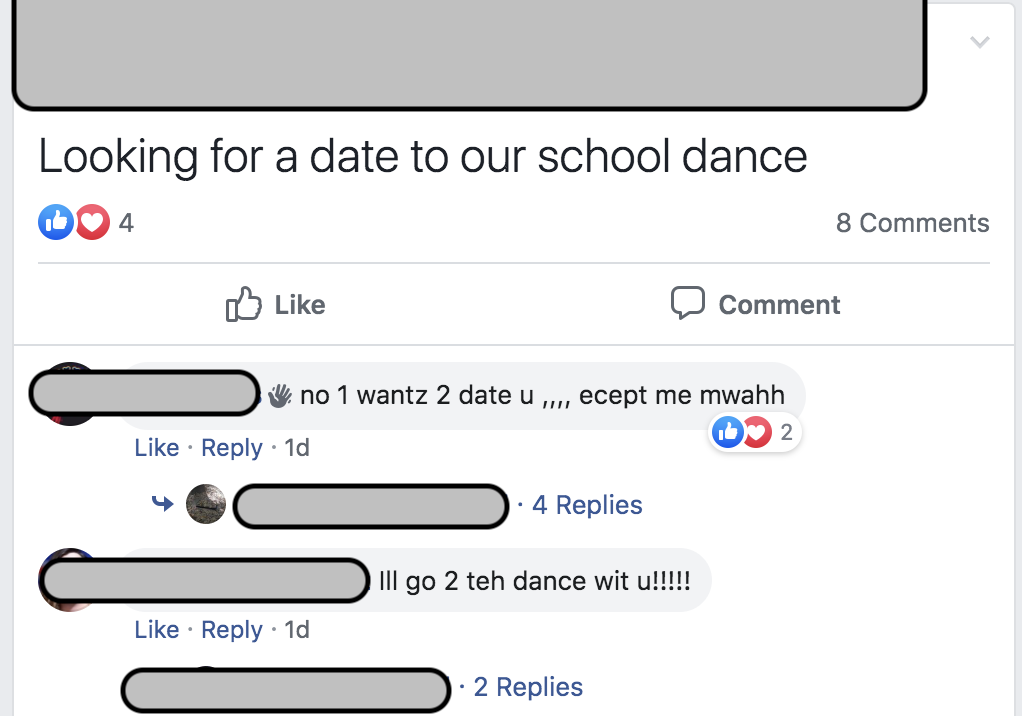 Maybe more importantly, though, they also provide a do-over of sorts. “I was called ugly. My hair was frizzy and messy. I had acne. You name it, I probably had it,” says 28-year-old Nebraska native Hayley (a pseudonym), a member of “A Group Where We Pretend to Be in High School” who currently lives in New York City, where she works in advertising. Having been a student at a time when Myspace and Facebook were at the height of popularity, she adds, “I lived my high school years online. I watched people I knew upload photos of themselves at parties I didn’t even know were happening, or at dances that I didn’t have a date for. I didn’t even get to experience the [small] interactions that you’d see when classmates were posting on each other’s wall.”

In roleplaying, Hayley hopes she can develop a more positive perception of her high school years and move beyond the painful memories. “It’s an opportunity to enjoy the few good times I did have as a teenager, as well as to have some of the happy memories that I didn’t have before,” she explains.

As Motherboard’s Roisin Kiberd has written, “A generation who learned to write fanfic before they learned to tweet, it makes sense that they view Facebook as a creative outlet. The games they engage in — everything from werewolf conventions to Sherlock-themed mafia wars — serve as an outlet for the bitching, the drama and the Machiavellian self-advancement which might otherwise turn into cyberbullying.”

It makes sense, then, that roleplaying groups on Facebook, where nostalgia is an organizing principle, would be so popular among millennials. “People our age, in their 20s and 30s, still use Facebook,” explains Montana Favero, administrator of “A Group Where We Pretend to Be in Middle School.” “It was probably the first social network we used to organize our [social lives], and even if we now use different platforms for different things, Facebook is always going to be seen in that way.” 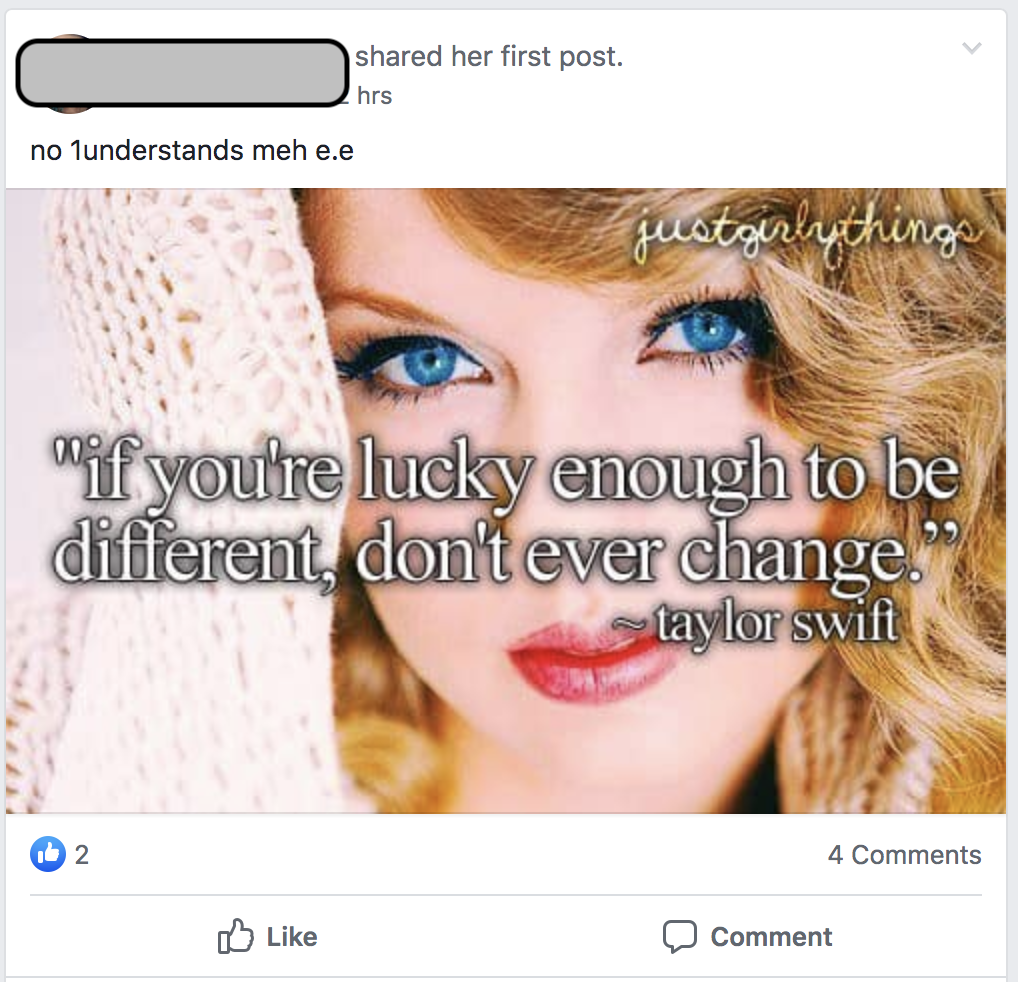 Favero tells me that while remembering the not-so-good parts of middle school is certainly allowed, there’s a zero-tolerance policy on bullying, harassment, racism or sexism. That sometimes means he has to go “OOC,” or “Out of Character,” in order to assert the rules. Most moderation, however, involves vetting people before they become members, as well as ensuring that sexual content or content relating to violence (e.g., a school shooting) is removed. “The group is set up to be like a middle school — even the small details,” Favero says, laughing. “Like, in our group, we have a vice principal (a fellow administrator), a student body president and people who are part of particular high school cliques that most of us grew up with.”

Though Favero doesn’t know if there are specific reasons why people are joining middle and high school roleplaying groups, he believes that they definitely serve as an opportunity to “be back in a time when things felt easier and less like everything was on fire.” That’s not just about politics either, he adds. “For a lot of people, things just feel easier when you’re younger. You don’t have the kind of big worries or concerns that suddenly hit in your 20s and 30s. So for many people, [the groups are] a nice way to remember those genuinely carefree, happy moments.”

Also not to be discounted: the comforting dose of solidarity that the groups provide, even all these years later. Or as Hayley puts it, “Seeing people from all over the country who get the problems you went through and how you were feeling about them is something I never thought I’d get to experience.”