There have been plenty of reasons to question whether living in a society is really worth it this month. That Pac-Man-esque mask that pops open to allow you to shove food inside that went viral last week is one. That woman wearing a face mask-bikini outside a Trader Joe’s is another. And unfortunately, the world of demented face-mask creations is only going to get more absurd from here.

Avtipus Patents and Innovations unveiled their monstrosity in a video on May 20th, demonstrating how the mask allows you to eat and drink in public without removal. At the center of the mask is a horizontal slit that opens mechanically with a remote-controlled lever, thus allowing you to open the mask at will for the entrance of whatever your pleasures are. The product is already in the legitimate stages of development, and will apparently be available to the public sometime in the near future. 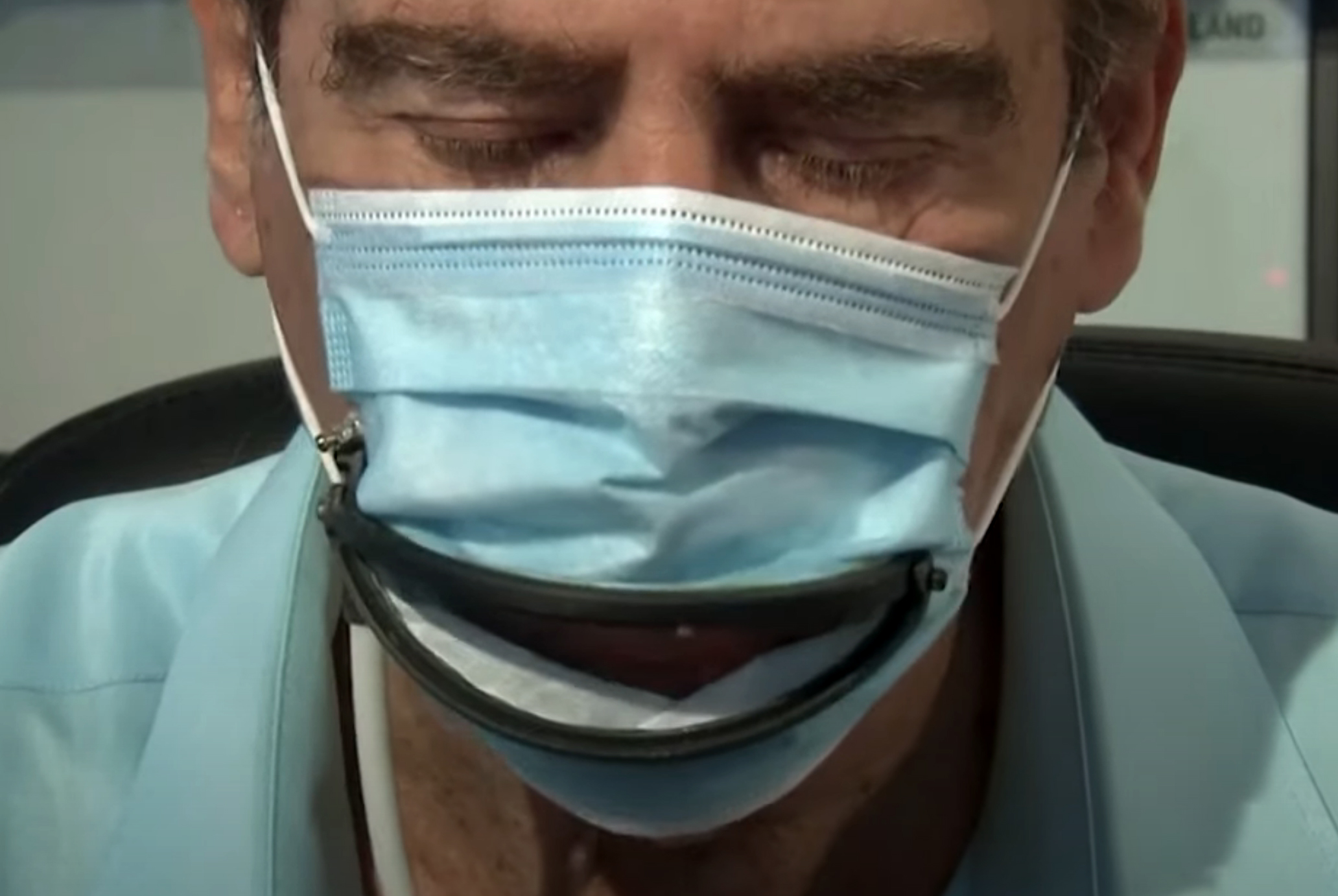 While I consider the pursuit of technological advancement in the name of public health admirable, I see some potential flaws. The mask is likely designed to prevent you from needing to touch the mask with your hands, lowering the risk of contamination, but the fact that you’re periodically opening a drawbridge for respiratory droplets would seem to negate that benefit. Further, I’m shaky as fuck. If I’m thinking too hard about aiming my utensil toward my mouth, I will miss. Basically, I imagine my venus fly trap mask will become caked in food rather quickly.

Still, maybe this is an appropriate solution for some people. There are plenty of accessibility-oriented inventions out there that seem absurd or stupid to the general public, but actually serve a huge utility to differently-abled people. For example, face masks that have a transparent window that “allows you to see a smile” like the one below seem like a gimmick, but are potentially useful for deaf people who read lips.

Some other mask innovations, though, seem to throw away that idea entirely. Recently, a protective “half suit” with a helmet and LED accent lights was proposed that could be worn at festivals or nightclubs. Per NBC New York, “it includes a N95 filter as well as snap-in canisters for drinking and vaping.” 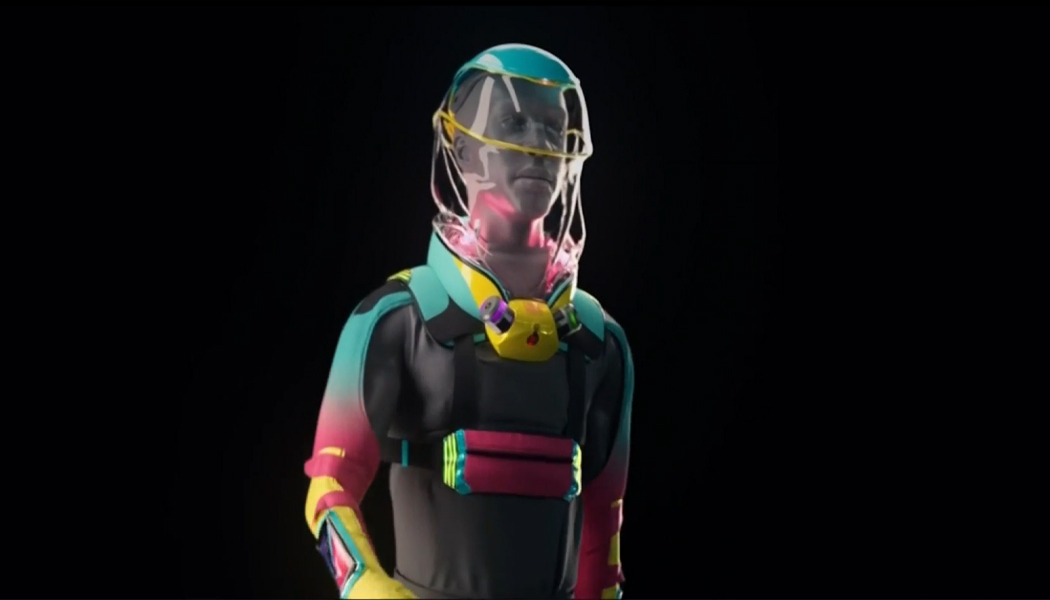 It honestly sounds a little fun, but it’s also fully dumb. I imagine it would be unreasonably expensive, too.

On a smaller level, people are DIY-ing techniques for smoking with a mask on, too. In fact, on YouTube, you can find tutorials for how to attach a removable bottle cap for this exact purpose:

The problem with these abject creations slated for retail, though, is that they’re made in cynicism. Their purpose isn’t to help advance recovery, but to cut corners on the path to it and make a buck in the process. We don’t actually need face masks that will let us eat in restaurants or vape in clubs –– we need to stay home and wait for actual medical developments, like a vaccine that can ensure we are safe in public.

In other words, some Hellraiser-looking mask just ain’t gonna cut it.