The Multimillion-Dollar Hydration Hypefest Is Built on Bullshit

Yes, water is good for you. But the guys profiting off hydration trackers based an industry on clickbait pseudoscience

Back before sensationalized headlines and pixelated images fueled the dismantling of American democracy, they might’ve appeared on your aunt’s newly-created Facebook page looking like this: 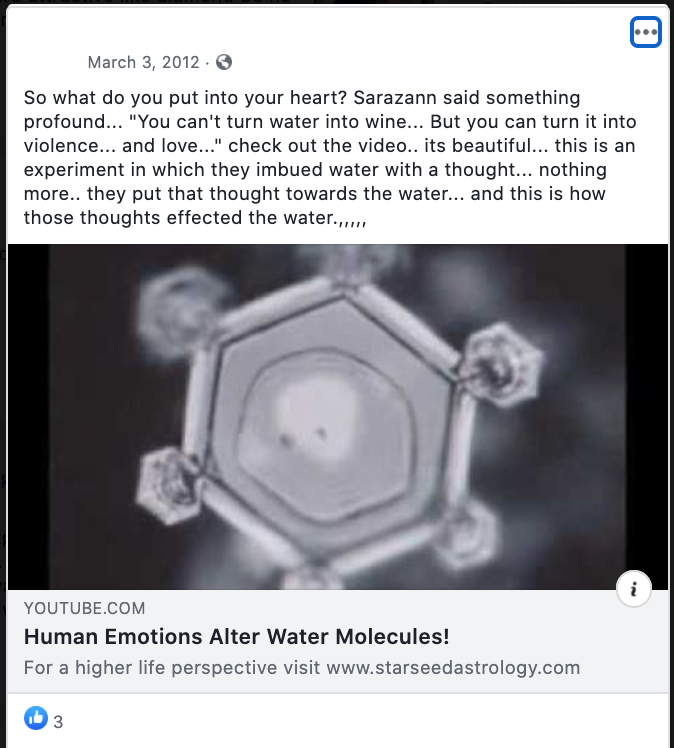 And while this specific myth has long been debunked, the overall hype around water, drinking water and staying hydrated has spiraled out of control. That is, maybe your aunt doesn’t share such links to starseedastrology.com anymore, but there’s a good chance she’s downloaded an app that reminds her to drink water throughout the day.

Today, per social media at least, water is nothing short of a miracle drug. And according to Gina Longo, professor of digital sociology at Virginia Commonwealth University, its transformation into a natural cure-all follows a familiar path. Similar to the ways dark chocolate gets tossed around as a “super food,” pageview-thirsty websites love to spin informational university studies about hydration into viral headlines. 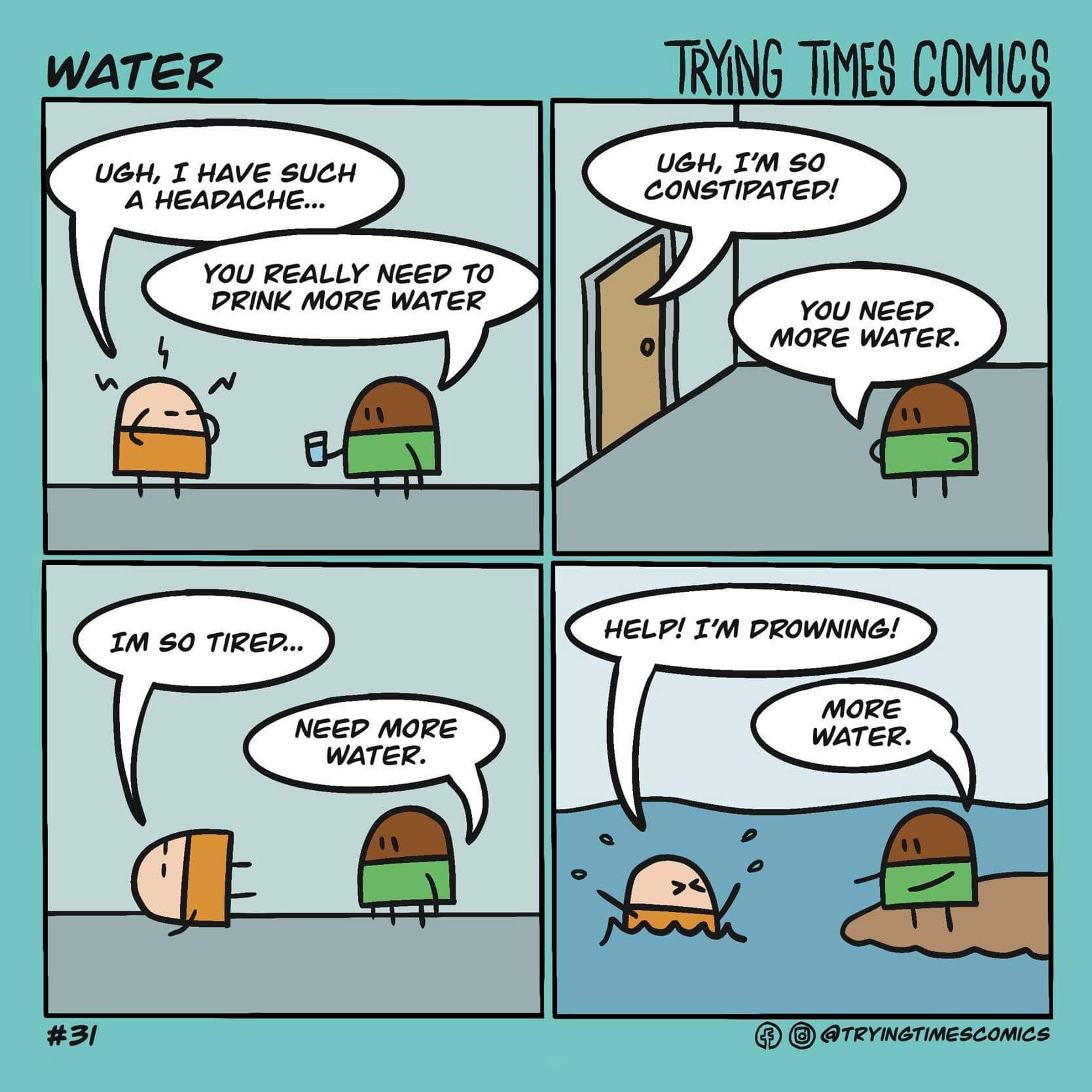 “Oftentimes, there’s a scientific basis from actual research that may indicate a particular finding, which serves as the foundation of the information,” Longo explains. “But each time the information is disseminated, it becomes increasingly diluted until it’s reduced to memes and pseudoscience.”

For instance, drinking eight glasses of water a day — arguably the oldest and most recognized hydration rule in the book — is just a marketing ploy made up by bottled water companies to sell more water. As my colleague Ian Lecklitner explains in his fact-check on the topic: “There’s no real scientific proof that, for otherwise healthy people, forcing yourself to drink more water than you feel like (i.e., more than you naturally drink to quench your thirst) has any benefit whatsoever. Numerous studies have failed to find benefits in kidney function or all-cause mortality from increasing fluid intake. Other reviews have similarly failed to find any evidence that drinking excess water keeps the skin hydrated and wrinkle-free.”

In other words, general naiveté and a lack of concrete science around exactly how much water humans should drink to stay hydrated proved to be fertile ground for corporations to exploit. And thanks to our current hellscape of online misinformation, it’s happening all over again. Only this time it’s (probably) not giant corporations angling to profit from overhyping hydration, but savvy app developers and social media influencers. “With a basic life building block such as water, many of these appeal to our commonsense,” Longo explains. “So some people might share the information in good faith, despite not knowing whether or not it’s accurate.”

Of course, somewhere along the line, someone is getting paid. Whether via their own water brand, hydration supplements that allegedly “cure all your headaches for the rest of time” or “drink water” merchandise. Take, for example, the Instagram account @HeyYouDrinkWater, which has a website where fans can buy T-shirts with “drink some water” embroidered on the collar and offers a 14-day course on how to remember to imbibe that sweet, sweet H2O.

Along those lines, too, hundreds of apps have been built with the sole intention of sending you reminders to drink water — e.g., “Water Reminder Daily,” made by developer VGFIT, which has been downloaded more than 100,000 times. It’s free, but a year-long premium subscription costs $35.99. Rather ominously, VGFIT’s privacy policy also states that the company “may share location information with third parties for advertising, research, analytic and other purposes.”

Meanwhile, after being named the App Store’s “Editors’ Choice” in 2018, FunnMedia’s WaterMinder (cost: $2.99) is currently the ninth most popular app in the health and fitness category and recently surpassed three million downloads. Besides the download fee and merch, the hydration-tracking app also allows Facebook’s pixel to track user behavior in order to sell ads on its platforms.

Obviously, some people actually do need reminders to stay hydrated. And again, proper hydration is vital to a healthy life. But it’s worth taking a minute to wonder whether automating your body’s natural functions will really cure what ails you. Will drinking water when your phone buzzes solve the underlying issue, or will the notifications only pile on more stress, the reason you were forgetting to drink water in the first place? (Not to mention, that headache or stomach ache could be due to drinking too much water.)

As simple of an issue drinking water should be, it’s predictably devolved into a very-2020 mess of misinformation, prying tech and our constant need for self-improvement. Perhaps, then, we should seek guidance from the “Hydro Homies,” a water-loving community on Reddit where shitposts reign over pseudoscience, where proper hydration is a lifestyle, not a data point, and above all else, where drinking water is simply celebrated — unless, of course, that water is Dasani.