This is a time of crisis. Climate change is almost irreversible, vaping is officially no safer than smoking cigarettes and, suddenly, there’s a White Claw shortage.

Hard seltzers, led by the brand White Claw, are the drink of the summer, and no shortage will stop me from consuming an unhealthy amount of carbonated alcohol this fall. I’m on year two of my hard seltzer obsession, and I’m also no longer a college student, so I decided it’s time to take things to the next level and, like a real adult, make my own.

When Olds see me drinking spiked seltzer, they tend to ask me, “ISn’T iT JuSt La CrOiX aNd VoDkA?” No! Hard seltzers aren’t just canned vodka sodas or gin and tonics. There’s a big difference, says Derek Bradley, head brewer at Randolph Beer in Brooklyn: “La Croix is distilled. Seltzer is brewed.” That is, vodka soda is a cocktail of distilled alcohol and carbonated water. But White Claw is brewed like beer, just with no beer flavor. Canned hard seltzer is a malt beverage, similar to Mike’s Hard Lemonade and Smirnoff Ice. A brand representative tells VinePair that White Claw’s alcohol base “comes from fermented sugars derived from malted gluten-free grains.”

That is to say, real spiked seltzer is a little tough to reproduce at home. Still, I was undeterred. With a six-pack of Bon & Viv Spiked Seltzer Grapefruit in hand, I walked into 10 Brooklyn bars and asked bartenders to recreate the canned hard seltzer as a signature cocktail.

It was a single-ingredient Chopped challenge. Some failed. Some opted out entirely. Others, however, changed my life forever. After a few hours, I returned to the office slightly buzzed and full of new drinks to make. 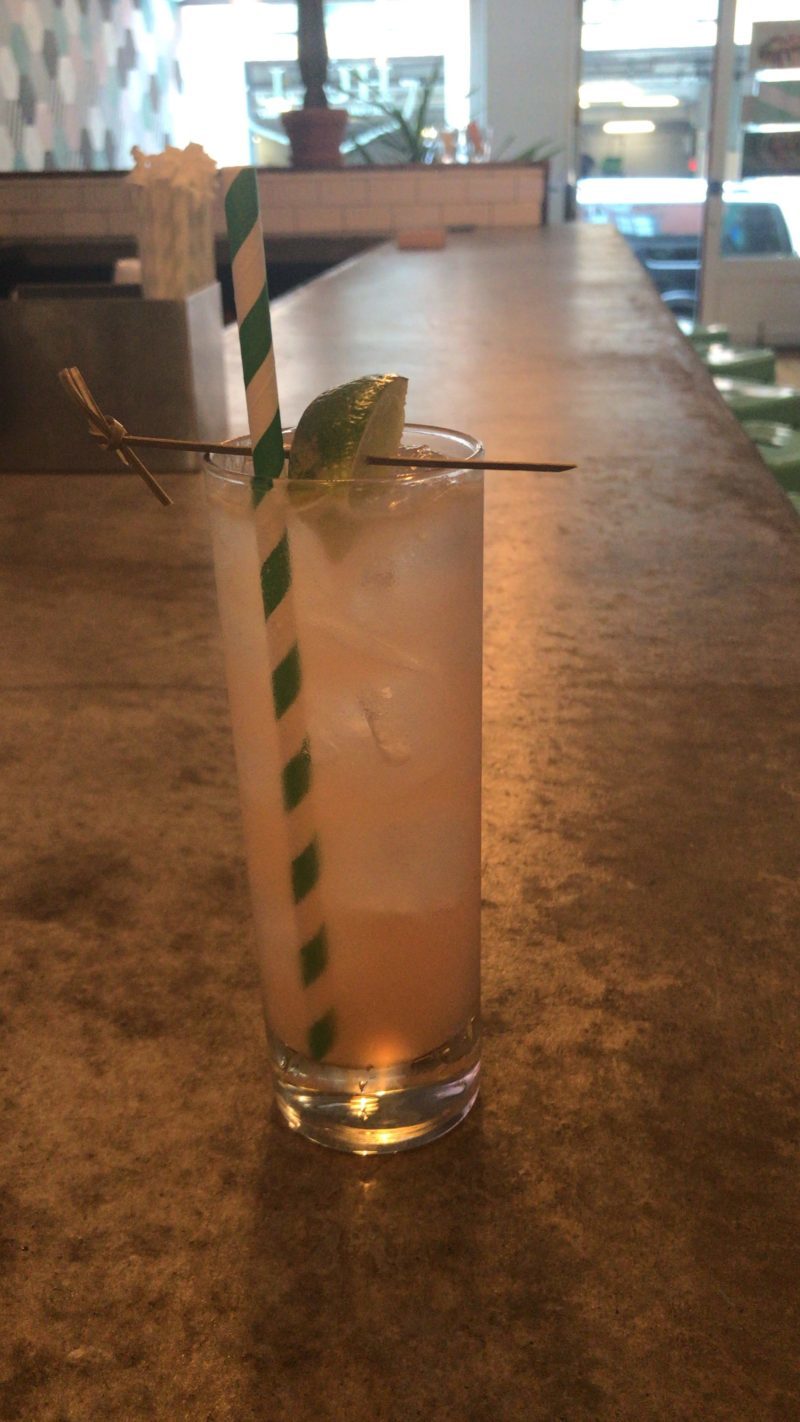 Dana La Plante, a bartender at Seamore’s, opted to include Bon & Viv Grapefruit in his cocktail. “Grapefruit goes great with any type of seltzer and any type of tequila,” he says.

Self-Grade: B+. “There’s always room for improvement, but it’s definitely not a failure at all,” La Plante says.

MEL’s Verdict: Seamore’s receives creativity points for incorporating real spiked seltzer into the drink. My problem? The flavor wasn’t an exact match. Would I still order one? Hell yes. 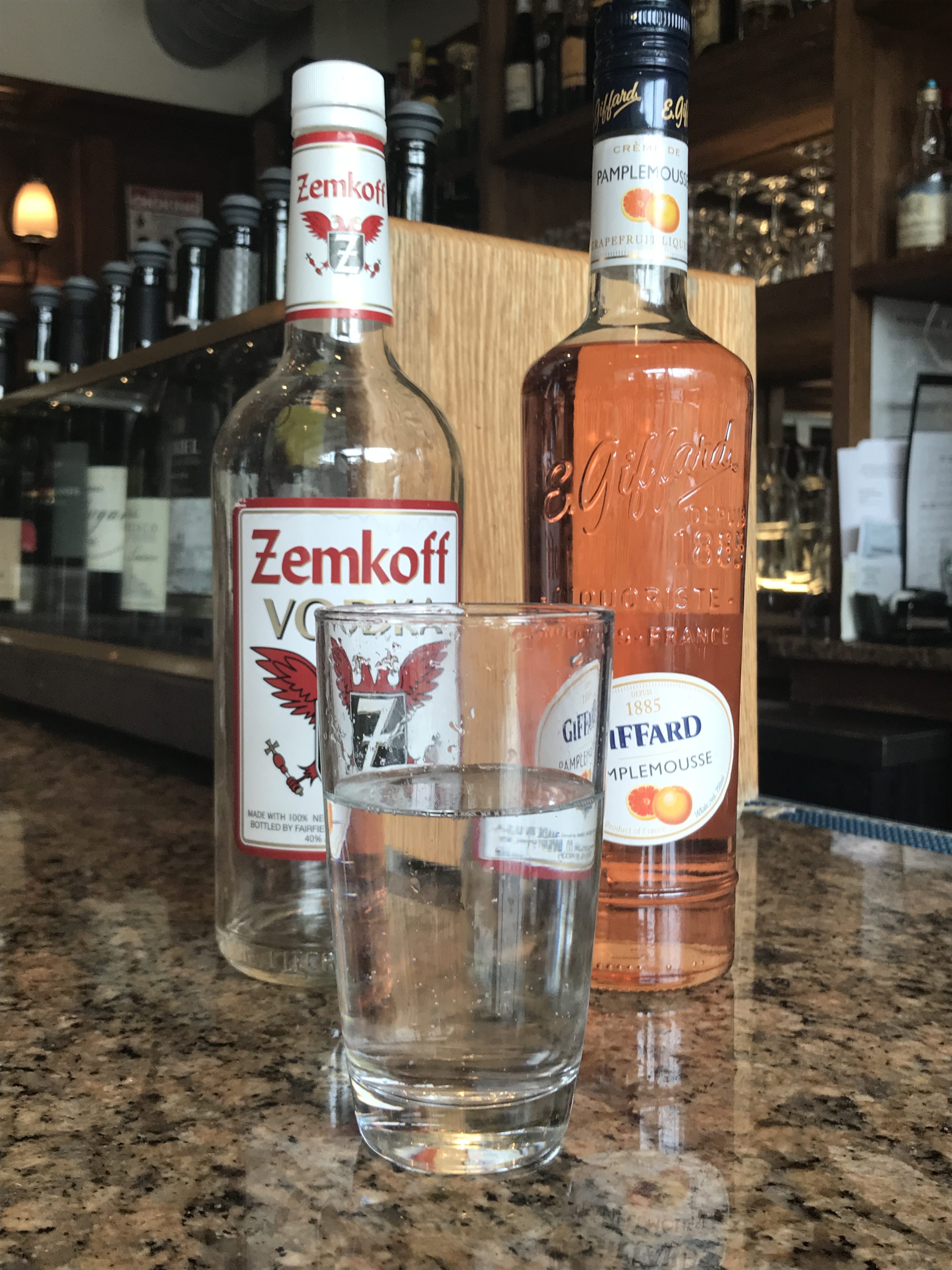 Brooklyn Heights Wine Bar & Kitchen bartender Andrew Costa and manager Hallie Lahm maliciously recreated Bon & Viv Grapefruit with Giffard’s Pamplemousse liqueur. “We could be making millions of dollars if we just bottled these up and had some clever brand name, bought a couple of social media ads and paid a few Instagram thirst traps to drink our product,” Costa says. “We’d probably be just as successful as White Claw. That’s how confident I am in the product we made today.”

Self-Grade: A–. “I think I fucked up by putting too much liquor in the beginning, but it tastes very similar,” Costa says. Adds Lahm: “I don’t know how they do it, but I’m very excited to drink this as my shift drink at the end of the night now. Homemade Bon & Viv.”

MEL’s Verdict: This is the perfect replica. You can tell by the clear color that Costa took the time to find the exact right vodka-to-seltzer ratio. While it might not be the most appealing presentation — a garnish couldn’t hurt — sipping the Social Media Influencer brought me back to my drunken college nights downing White Claws. 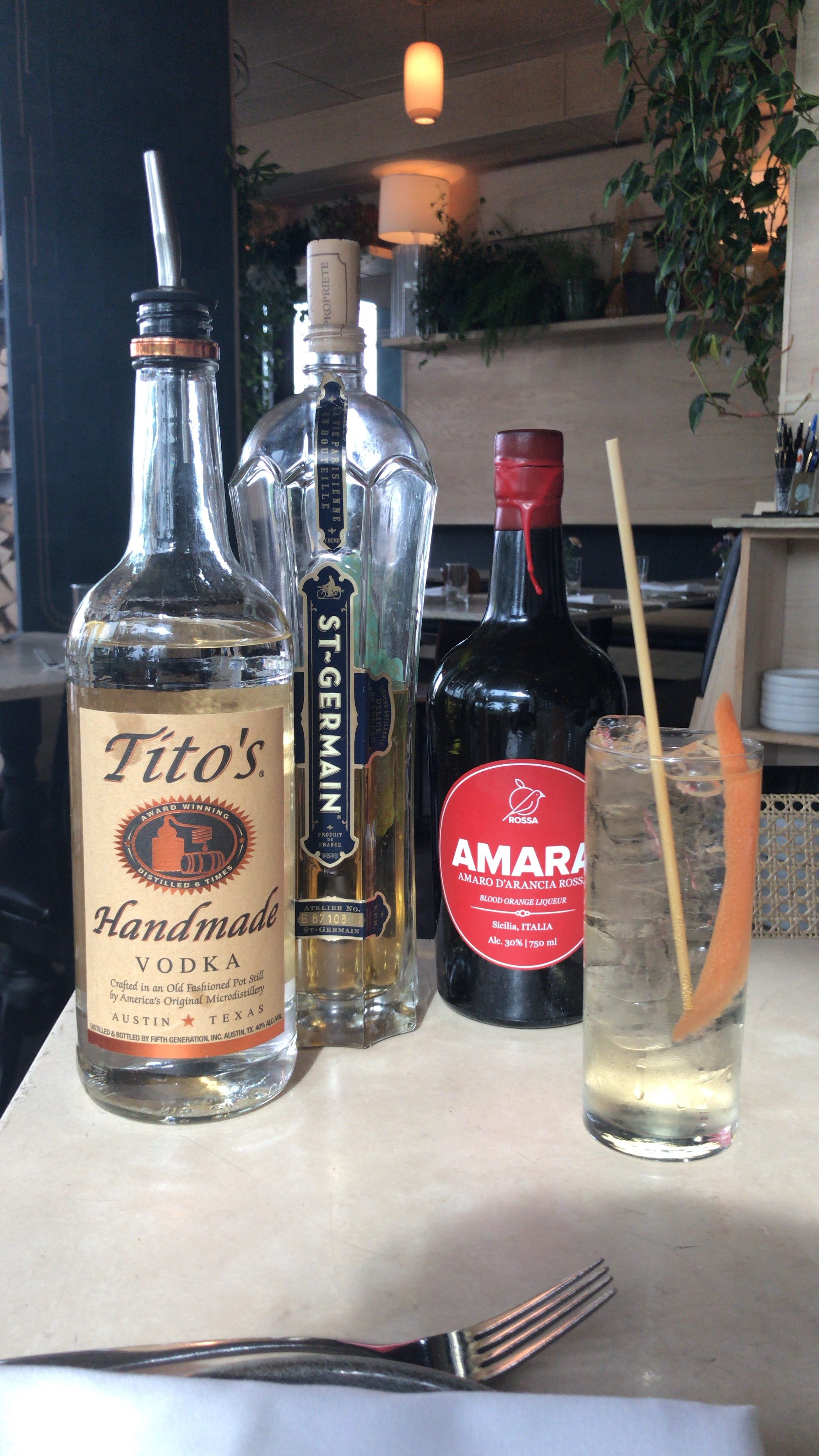 Celestine is known for its excellent views of the East River, so it shouldn’t come as a surprise bar manager Jeff Roberts’ spritz is equally as tasteful with a grapefruit twist and drop of St-Germain. “If I could do it again, I’d muddle the peel inside the glass,” he says. “Bon & Viv is still more grapefruit-intense. Ours is more on the floral side of what Bon & Viv is.”

Self-Grade: B+. “It’s drinkable, and it’s got some good flavors, but I don’t think it’s nailing the exact clean thing Bon & Viv is. It’s almost like La Croix with a touch of a really light beer.”

MEL’s Verdict: More of an interpretation than a recreation. The Grapefruit peel needed muddling. When my mom comes to town, this is the version of a hard seltzer I’d get for her to make her feel hip. 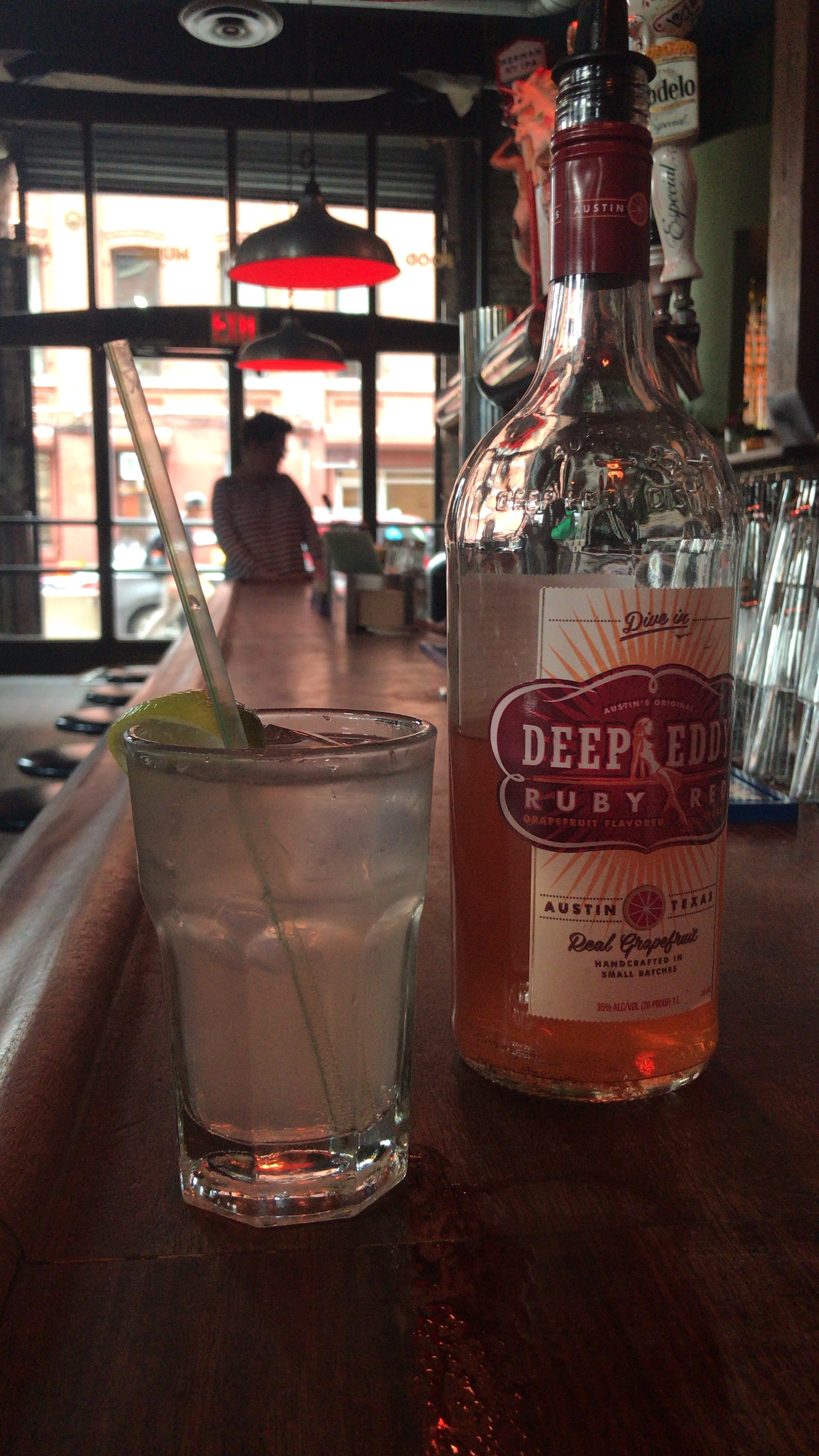 Superfine delivered what I expected most bartenders would do: seltzer water and grapefruit well vodka. Bar owner Cara Lee Sparry credited Bon & Viv as “better on the nose, but ours is better in your mouth.”

Self-Grade: A+++++. “I think it’s disgusting because I hate grapefruit, but I did a good job,” bar manager Christina Delate says. “We’re not modest. Our quote is we did better, and we did it our way.” Cue Frank Sinatra.

MEL’s Verdict: Sparry is right. If it’s midnight on a Saturday night and I’m still at the bar, I’m sucking down another Superfine Psyched Seltzer. 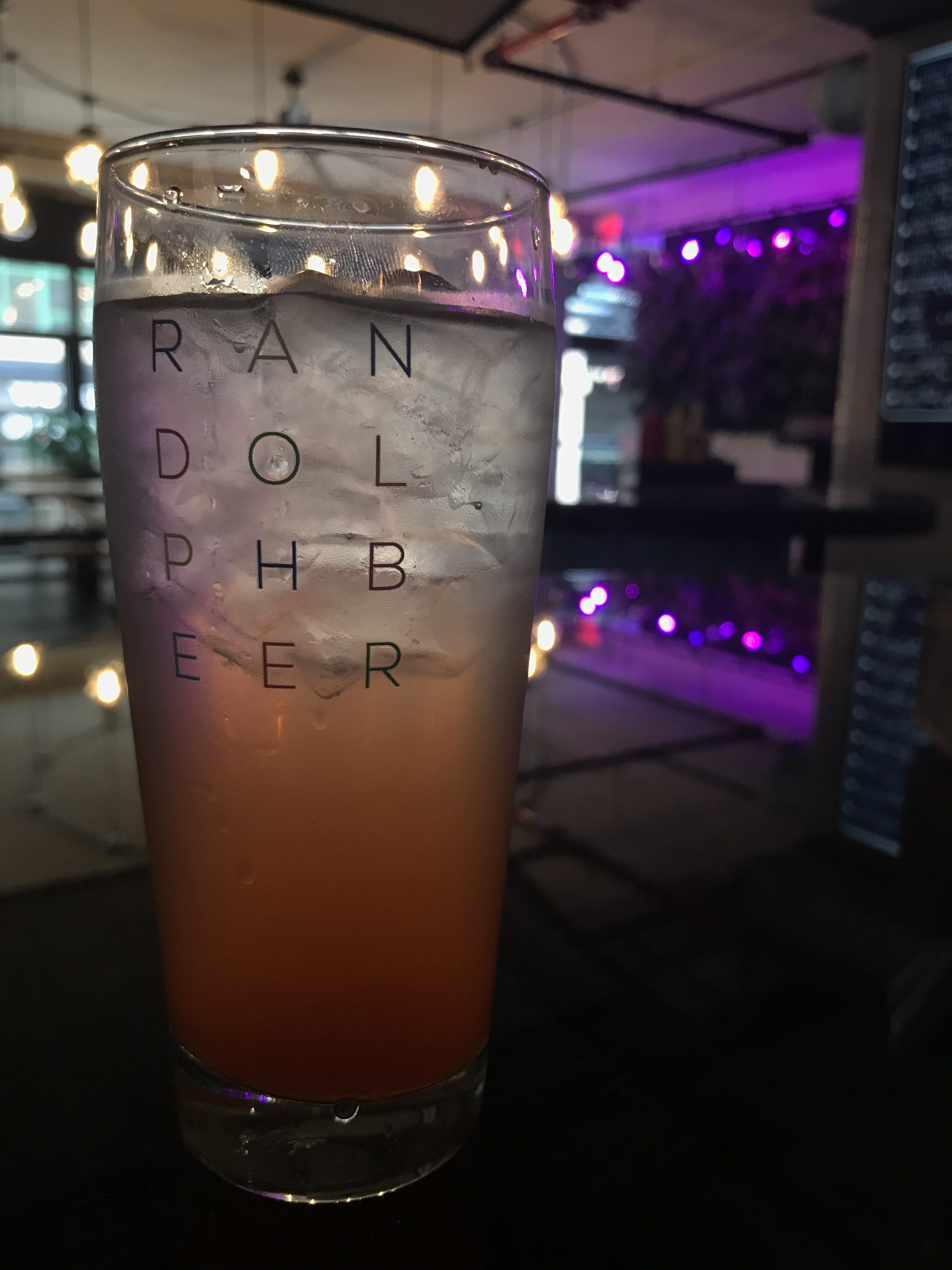 Derek Bradley, head brewer of Randolph Beer, opted to simply mix his homemade strawberry-cucumber vodka fizz with club soda. He won’t call it a recreation: His fizz has real fruit, not flavoring. “Ours is more hibiscus. You get more flavor out of it,” he says.

Self-Grade: None. “It’s not really recreating a White Claw but more of a fruited alcoholic seltzer.”

MEL’s Verdict: This tasted nothing like my Bon & Viv Grapefruit seltzer because I could actually taste real strawberry and cucumber juice. This is what I’d order at the happy hour that doesn’t sell White Claws.