Diets Ranked by How Farty They Make You

The hardest part of conforming to a new diet isn’t the preparation, the expense or even the taste. It’s denying all the farts that a heaping bowl of fruits, vegetables and fiber breeds.

To be scientific about it, your own personal gas line is fueled by sugars such as alpha-galactose and raffinose — commonly found in foods like beans, broccoli, Brussels sprouts, cauliflower and pears — which can be difficult to digest at first. “When some people eat these sugars, instead of being digested, they can ferment in the gut, resulting in bad-smelling gas,” explains nutritionist Alicia Harper. “However, your gut can eventually learn to digest fruit and vegetables without flatulence.”

In short, most people have to develop a tolerance for healthy food, which hardly passes the smell test if you don’t like the taste of salad to begin with. That said, not every diet has to be a horrifying gas attack. There are definitely a few nutritious options that won’t clear out a room — and/or alienate family and friends. 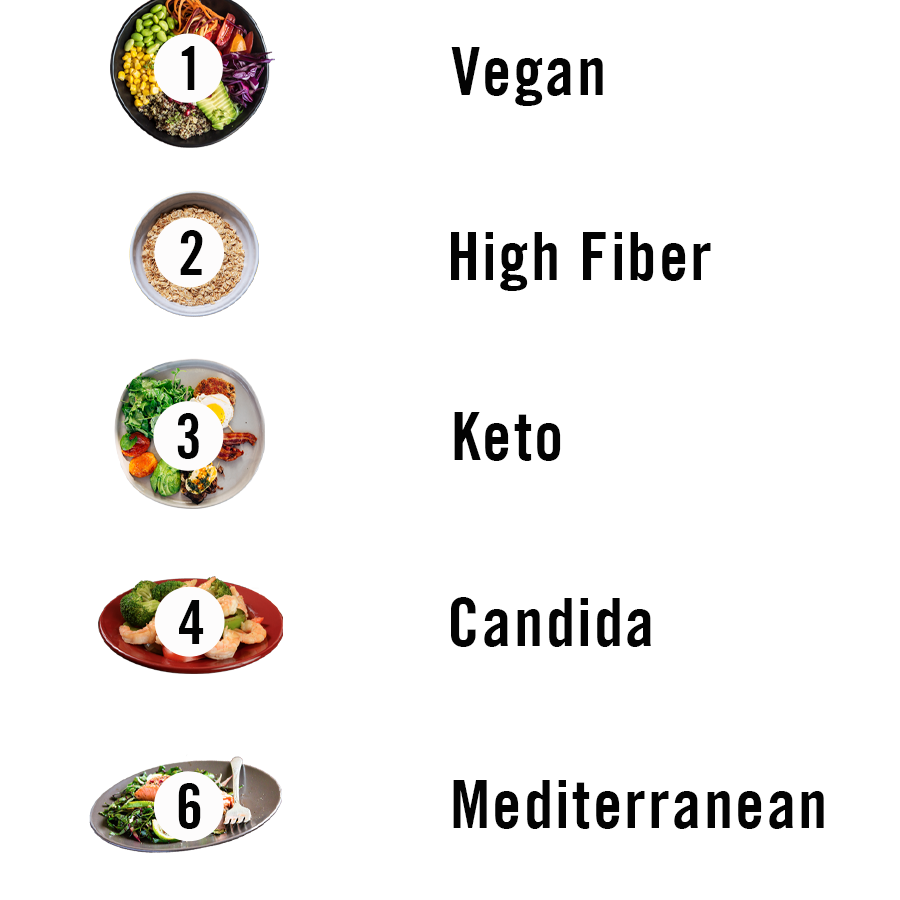 6) Mediterranean Diet. Per U.S. News & World Report, the Mediterranean diet is the best diet overall because it’s plant-based but easier to follow than a strict vegan diet. In a case of tremendous journalistic malfeasance, however, they neglected to mention that a meal plan full of fruits, vegetables, whole grains, olive oil, nuts and fish — with dairy, eggs and poultry in moderation and sugar and red meat on special occasions — will also decrease rectal turbulence.

“Mediterranean diets can have the opposite effect — making you flatulate less often,” Harper tells me, as eating fish “helps improve digestion for most people.” Similarly, the fruits and vegetables that make up a Mediterranean diet should be able to pass through the stomach with nary an air biscuit as well.

5) Gluten-Free Diet. A gluten-free diet will likely “produce a moderate amount of gas, which is completely normal,” says Lisa Richards, nutritionist and creator of the Candida Diet (more on it in a minute). Similar to the Mediterranean diet, many gluten-free diets are rich in fruits, vegetables and animal protein, a combination that typically improves digestion and reduces gas — as long as you’re not overdoing it on the previously mentioned pears, broccoli, Brussels sprouts and cauliflower. (The same goes for cabbage, beans and dairy.) In fact, more often than not, people who have to go gluten-free experience gas from pre-existing digestive problems like Celiac disease rather than the diet itself.

4) Candida Diet. Now, let’s talk about the Candida diet. It attempts to cleanse your body of the yeast Candida albicans by abstaining from gluten, sugar and alcohol for a minimum of one month. In doing so, it deprives the eponymous yeast of the sugar it needs to thrive and stops overgrowth. As such, Richards explains, “The Candida diet shouldn’t lead to an abnormal amount of gas or bloating as the dieter is removing inflammatory and many gas-producing foods.” Of course, the tradeoff is that since you’re off the sauce, you will be unable to toast to successfully quieting your sphincter siren.

3) Keto Diet. Just because the Keto diet tends to be low in fiber, doesn’t mean it still can’t be nightmare ripass fuel. Long story short: With less fiber, food tends to travel more slowly through the digestive system, allowing it to ferment into a symphony of one-man salutes. Or as registered dietitian Rachel McBryan warns, “A lack of fiber on the keto diet combined with excessive protein intake can lead to gas and abdominal pain.”

2) High Fiber Diet. Ninety-five percent of children and adults don’t consume enough fiber, which is an obvious problem. A quick course correction, however, isn’t much better — at least in terms of steam-pressing your Calvins. That is, when people increase their fiber intake too quickly — or do so via processed foods with added synthetic fibers rather than whole foods or vegetables — the excessive “fiber cannot be absorbed or digested in the digestive tract,” McBryan says. Which can only mean one thing: Lots and lots of butt yodeling.

1) Vegan Diet. Everything you just read about a high fiber diet? It’s doubly true for a vegan diet. “Going vegan can absolutely make you gassy and bloated in the beginning if you haven’t previously eaten vegetables daily,” Harper says.

For the last time, cruciferous vegetables like broccoli, Brussels sprouts, cauliflower, cabbage, arugula and kale are high in hard-to-digest sugars, and it can take anywhere from four to six months for the human microbiome to adapt. Drinking more water and consuming more whole grains can help reduce the bloating, but if you’re still wondering why a vegan friend is acting like they’re above you, it’s probably just because their farts have them floating about 10 feet from the ground.