Dick Cages, Lame Horror-Movie Dads and How to Marry a Princess

Yes, you read that correctly. Dick cages. That is, a cage for your penis. C. Brian Smith spoke to a bunch of guys who are, at this very second, wearing a miniature jail around their johnson, and it’s the kind of story that’ll make you stop and think.

Look, I’ll never be someone to kink shame, and if sending your hog to prison is the kind of thing you’re into, more power to you. But that doesn’t mean I understand it. For these guys, though, it works, so who am I to judge.

Here’s that story and everything else from today, in case you missed it.

Are you watching The Haunting of Hill House on Netflix? It’s pretty great, and pretty damn scary. But one problem Tim Grierson has with it is a knock he’s found true about other horror films, too: The dad character is always an ineffectual wimp.

Seeing the doctor sucks. I know it, you know it, and it’s all because getting bad news sucks. But there are ways to make the prospect of a shitty diagnosis suck less. Like:

Get all the details — including how to break your bad news to family and friends — here.

So You Want to Marry a Princess

Good news, guys: Real-deal princess Ayako of Japan is single and ready to mingle. Ah shit, I had my information wrong — she’s actually renouncing her royal status to marry commoner. Sounds like he beat you to it. But that doesn’t mean you shouldn’t be prepared for the next time a princess hits the market. In fact, go with what works — in this case, all the savvy things Ayako’s groom, Kei Moriya, did to win her heart.

There’s nothing wrong with shedding a few tears now and then. It’s cathartic! It prevents us from being emotionless monsters! It relieves stress! But if you find yourself crying during commercials — like the tearjerker above — seek help. I’m just joshin’ you. That’s actually quite normal, considering men are brimming with repressed emotions. And repressed emotions are exactly what commercials prey on, through a psychological trick they call “elaboration.”

From the Way Back Dept.

Today, Apple released their latest and greatest operating system for the iPhone, iOS 12.1. I know, I know: Seen one iPhone OS you’ve seen them all. But one feature that might pique your interest is the release of new emojis. And by emojis, I mean feet: 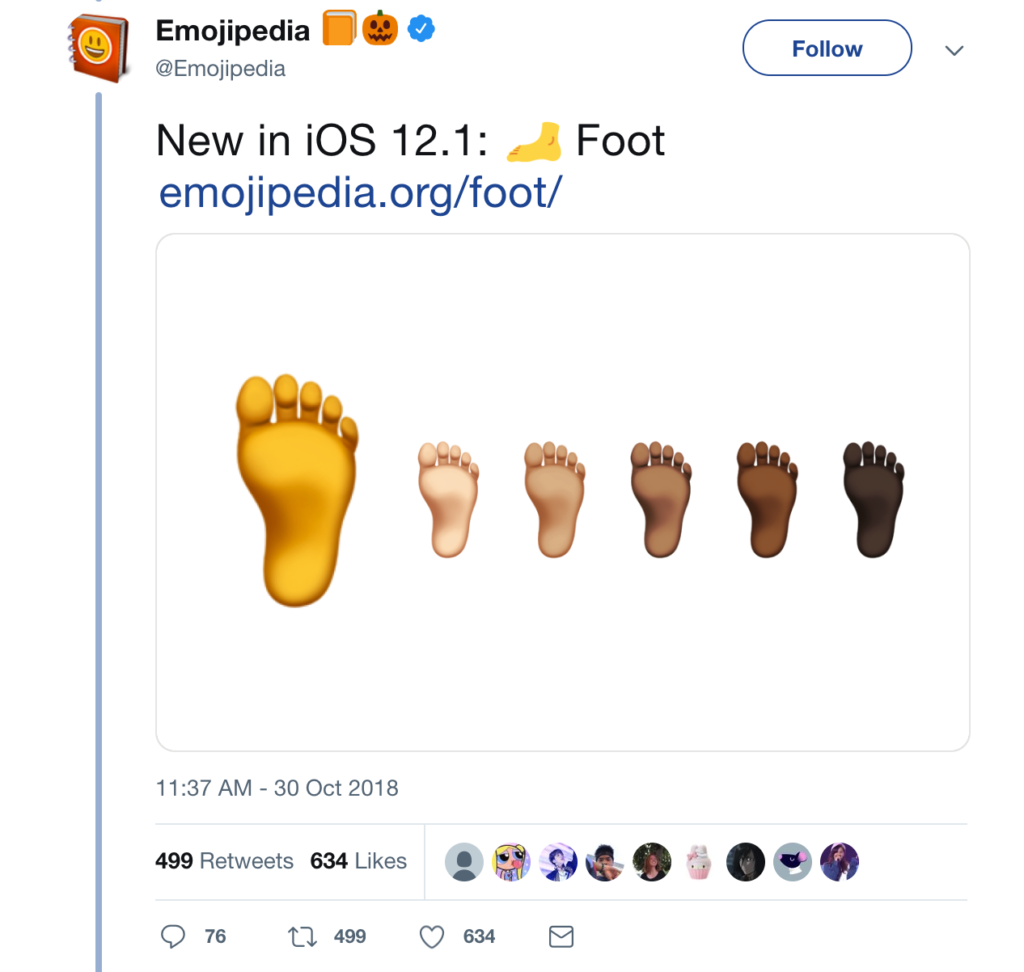 You might think that this foot-related news would transform the text-based communication of foot fetishists the world over. But as we found out earlier this year, guys who worship the almighty foot are surprisingly “meh” when it comes to feet emoji.