I Turned My Depression Into Data. Here’s the Moment Therapy Saved My Life.

Mark F., a 32-year-old in Texas, tells us why he charted his suicidal thoughts in Excel for a year — and then made it public on Veterans Day

Before I finally got help, being dead felt like a realistic and good solution to my troubles.

My depression got bad in the military, but I kept it really hidden. That’s the kind of stuff you don’t want to tell anyone about. You’ll get kicked out otherwise.

After the military, I threw myself into triathlons, rock climbing, hobbies — anything to keep from sinking in my apartment after work and having zero urge to do anything. But it was a constant struggle.

At 30, my knee blew out. I was on crutches, trying to find roommates again because I couldn’t afford a place to myself. When my relationship ended, I knew what was about to happen — huge moments of stress and life-changing events were always my trigger.

The suicidal thoughts started off very slow — like, Yeah, it’d be easier to not be alive — and kept getting progressively worse, to the point where I had an active plan.

I’ve always tried to have an “everything goes in cycles” outlook. I tell myself that part of the reason I’m still alive is because I’ve made it through the worst times. So this time, I wanted to keep track of my intrusive suicidal thoughts. I didn’t want to fall into the mindset that I was always going to feel this way. If I could see some days were better or worse than others, I’d know the worst feelings wouldn’t last.

So, every night before bed, I entered how many times I thought about suicide during the day into an Excel spreadsheet.

A 12 assumes I thought about suicide all day long. Honestly, it was hard to keep track past 12. 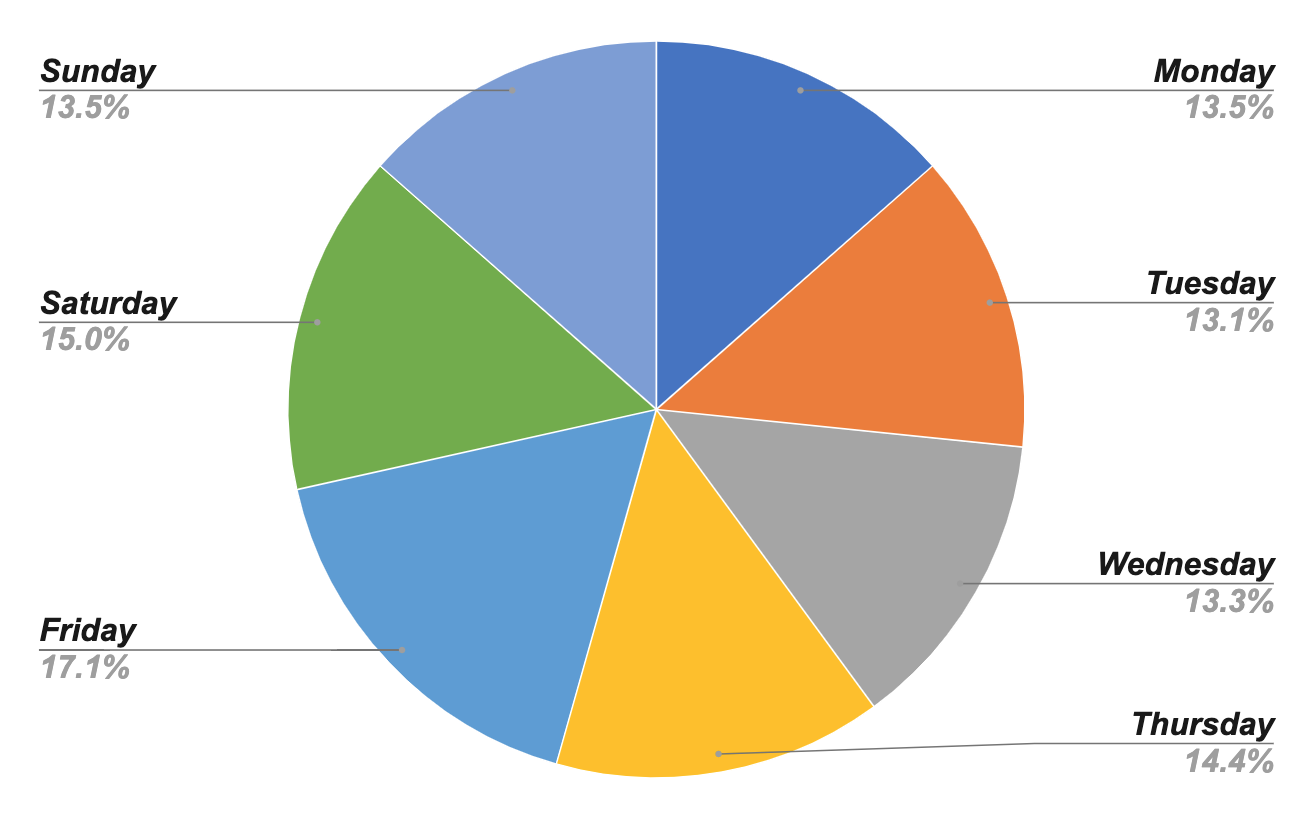 Making the data didn’t make me think of suicide more. It made me realize that when I was in those bad stages, there were going to be good stages. I could physically see myself making it through those really bad spikes. A week ago, I wasn’t feeling like this, I’d think. Even though right now, in my head, I think I’m this way — always this way — it’s not true. This isn’t forever. This is just right now.

Things, however, were still chaotic. I just didn’t realize it. I barely had any days where suicide didn’t cross my mind. In May, I started dating someone, then quickly realized it wasn’t going to work out. Once again, I started actively planning my suicide. 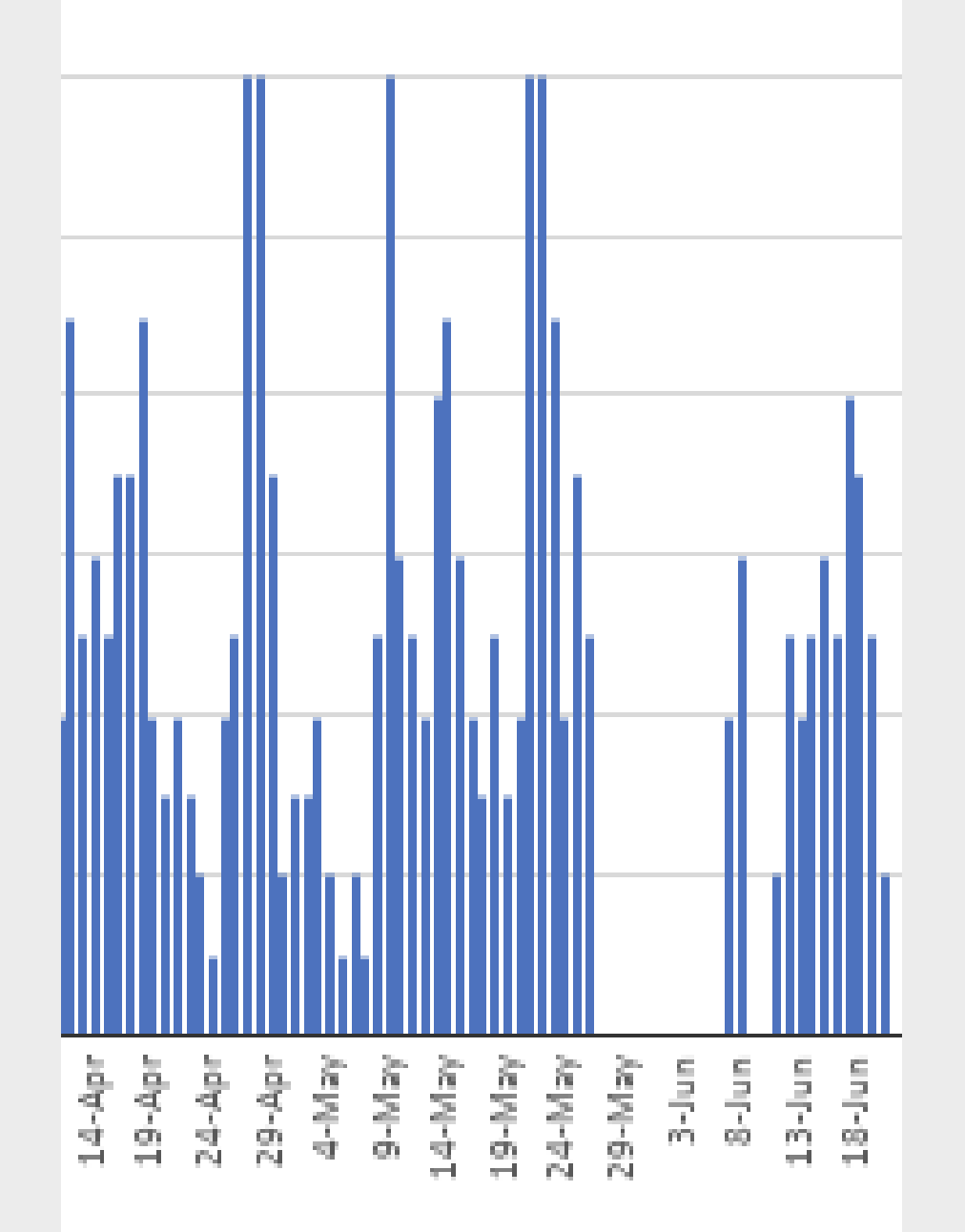 But then I decided, You’ve already given up — might as well try therapy.

I worked a shift job before, and the only therapist appointments through my company’s insurance were during work hours. You can’t miss shift work, you just can’t. So it was very, very difficult to get into therapy in the first place, which made me kind of skeptical of it. I felt myself to be a rational person. I don’t overreact to a ton of stuff. I’ve made it this far on my own. … Right?

It took just one question to change my mind. I asked a close friend who knew about my depression, “How often do you think about suicide?” They said, “Never.” I realized it wasn’t a normal thing — that most people don’t think about suicide. Obviously, I was irrational. I mean, look at the graph. These aren’t rational thoughts. People think, like, I can think it through. But I was wrong.

In July, the VA accidentally scheduled me for someone else’s mental health appointment. I realized this was my chance. I had the opportunity to finally see a therapist. I told them not to cancel it.

I talked to a psychiatrist there, and he gave me a bunch of therapists in the area, ones who would see veterans and such. I found one who was much more flexible and could work with my schedule. I can’t believe how lucky I got. The therapist’s office was right next to my work, and my new boss is really lenient if I’m stressed or need to move my hours. And because it wasn’t this huge inconvenience, it really helped to get me to stick to it.

It was slow at first. It took about two months before it started really making a difference. It was like a faucet slowly turning off: It will take a while and might never shut completely, but over time those thoughts will be less and less.

By August, you can see the decline happening. Therapy was beginning to help. I was starting to understand those thoughts better and not fixate on my mood as a permanent thing. 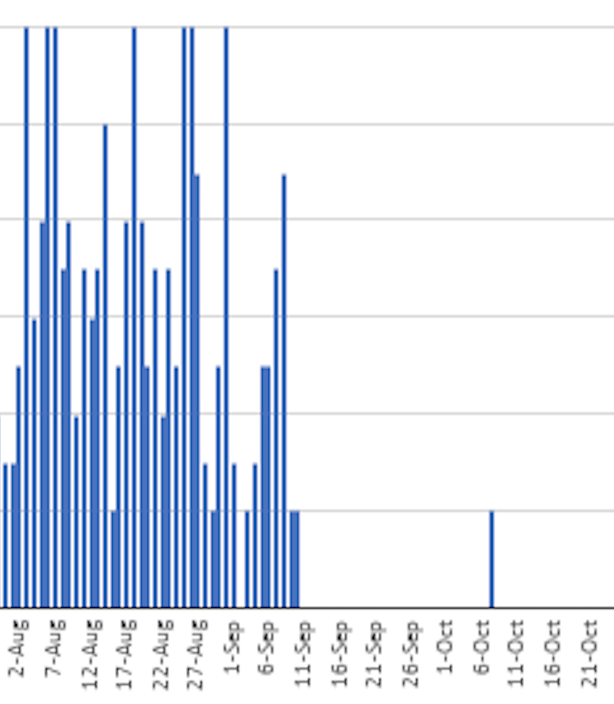 Today, it feels fantastic to wake up in the morning and not think, God, why did I have to wake up?

My therapists love looking at the data. They think it’s a good tool. Cognitive behavioral therapy has helped me be able to see the thoughts and redirect them. I’m no longer thinking, It’d be easier if I were dead. That’s not what I want. I want the problems to be gone; I don’t necessarily want to be gone.

Those thoughts still intrude every once in a while, but you can see it’s pretty much the frequency of the last half of that graph. Those couple spikes in December align with my computer science finals, which add a lot of external stress.

But I’ve learned that that’s fine. The thoughts will always be there; they’re never gone gone. You can’t really control intrusive thoughts, but you can control how to deal with them. And I’d rather be dealing with them than, you know, not. It feels fantastic to wake up and say, “I’ll deal with problems as they come along, just like I’ve done my whole life. Just deal with them and move on.”

I feel like there are a lot of people who have depression but don’t ever talk about it. I posted the graph to Reddit on Veterans Day, in case someone else could benefit from seeing a different way to cope with it. Or maybe someone going through the same thing would see I’ve gone through it and survived. Maybe that would help them. I’ve gotten hundreds of messages saying so.

— As told to Quinn Myers