The social network advertised a happy, supportive group for fathers — and then a horde of men’s rights activists descended

In 2015, Lawrence Chatters, a father of two young daughters and a psychologist who specializes in male behavior and gender studies, wondered what kind of resources there were for dads like him. Chatters needed advice on raising kids and wanted to share his experience with others. So he took to Facebook and created the group “Dads With Daughters.”

For the first four years of its existence, the group grew organically and attracted around 700 people, Chatters explains. “And then one day, I am watching some kind of sporting event, and I see a commercial about Facebook. You see the dad and his daughter at a baseball game, and [the dad’s Facebook Group is called] ‘Dads With Daughters.’”

“Things just spiraled out of control very quickly and I didn’t have time to catch up. I couldn’t screen every single person who was coming into the group or what they were posting.”

Chatters says the group’s growth really came to a head when he posted a picture of the U.S. Women’s National Team after they won the World Cup. “With the picture, I wrote, ‘These women have helped break down barriers for all of our daughters.’ Oh, my goodness, man, you would’ve thought that I said the worst thing ever.” 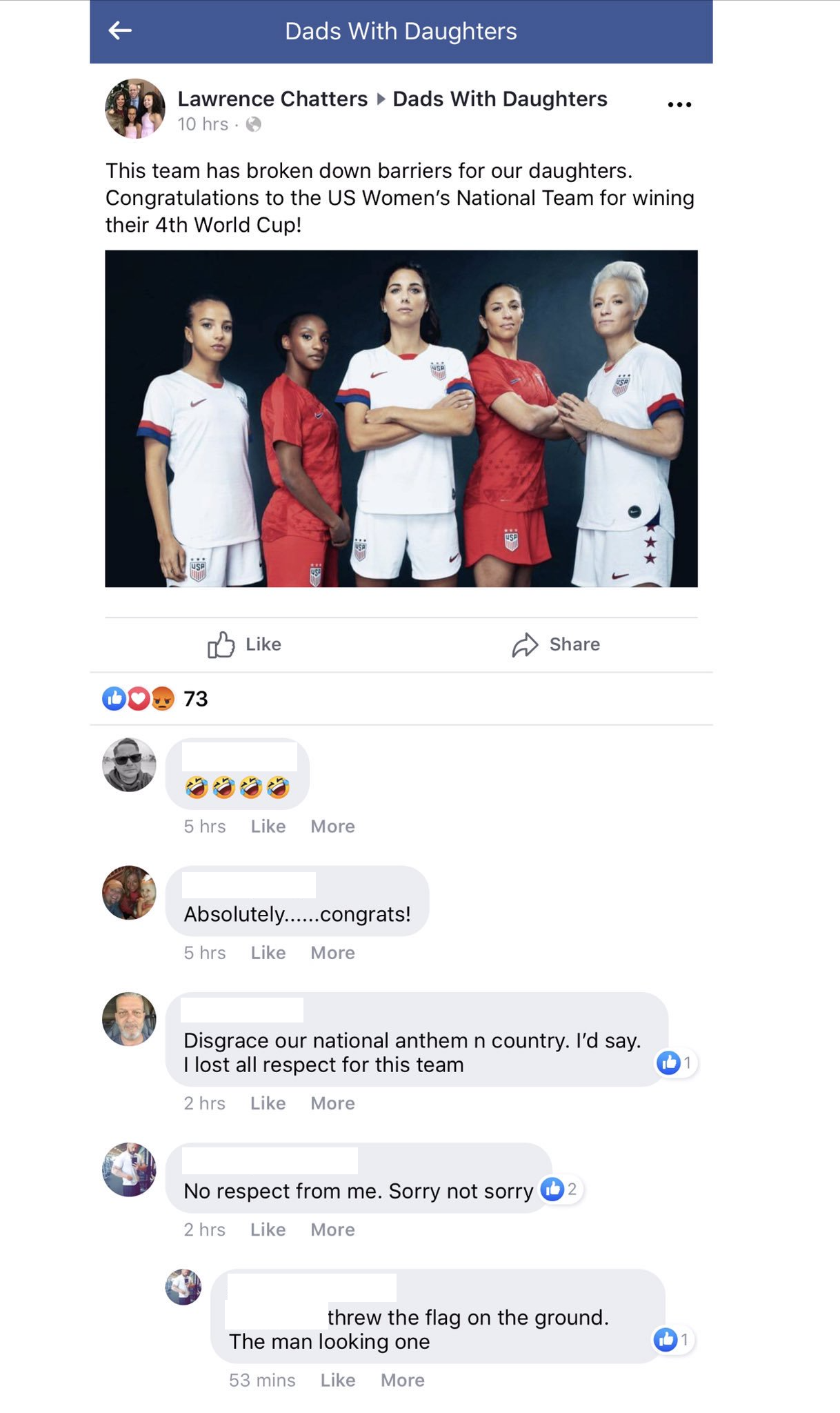 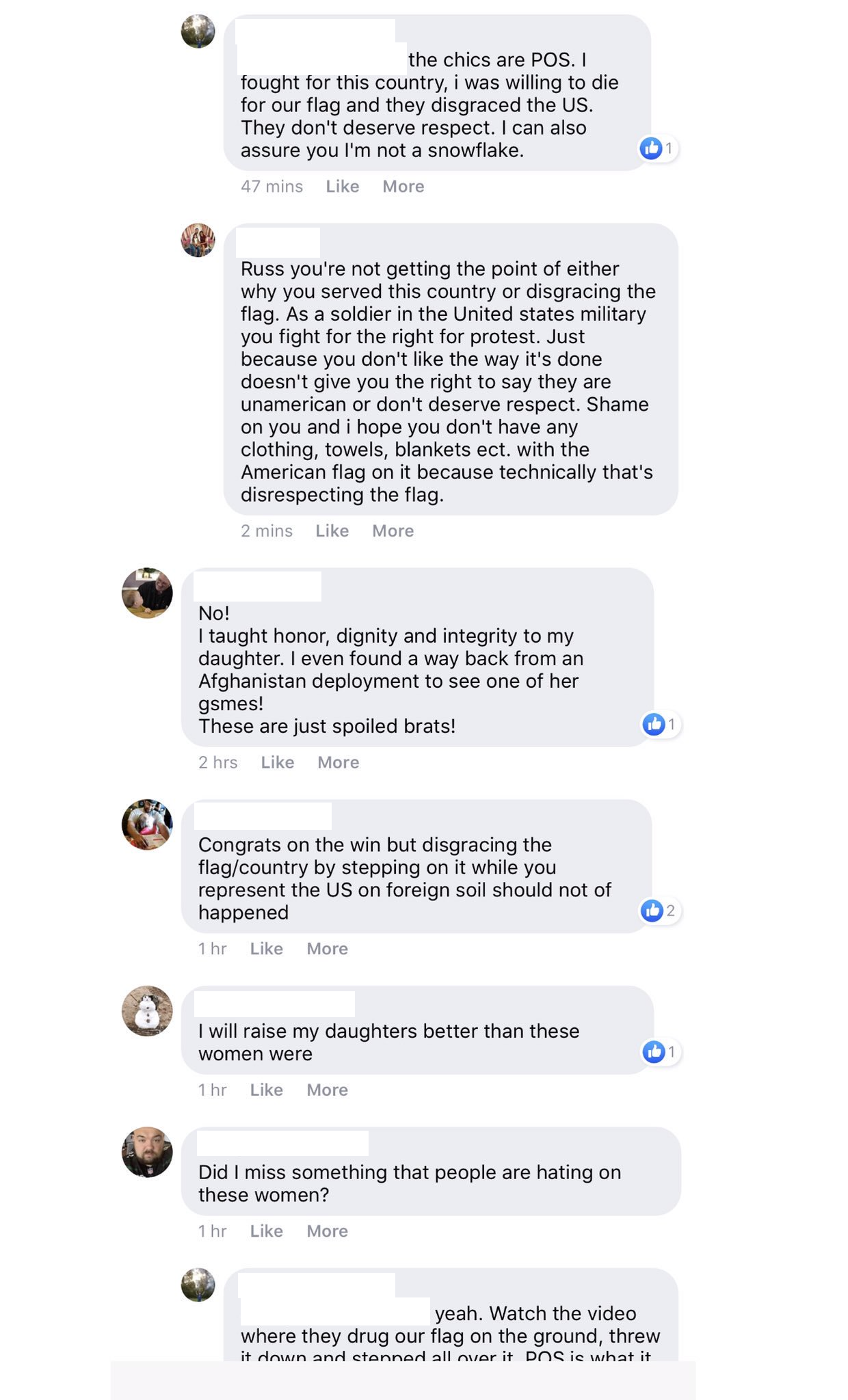 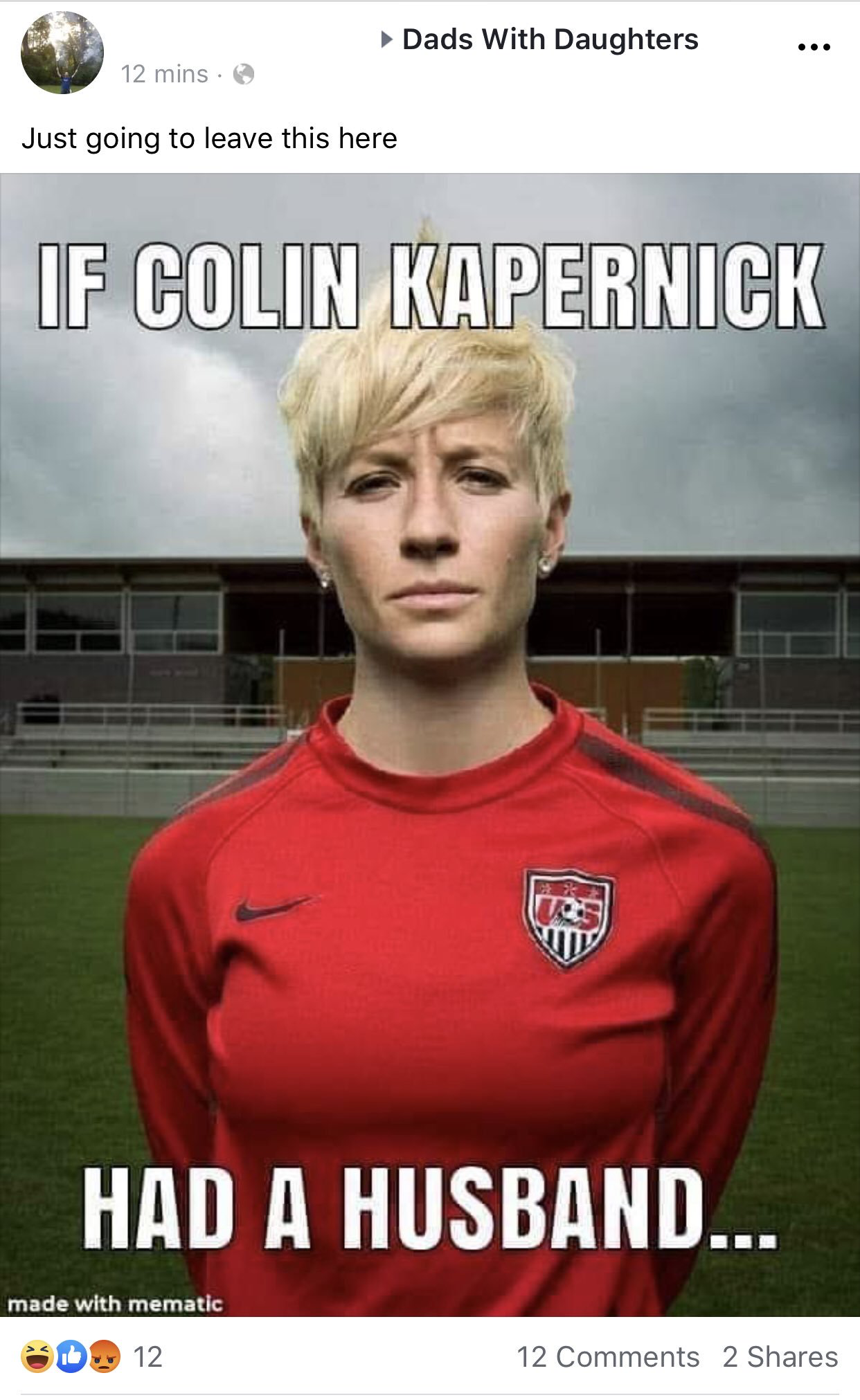 “Some people who were caught up in a political narrative, or had their opinions about patriotism and the flag, what have you — they jumped on that thing and just went off,” he says. “So that was probably the first time that I personally recognized that this group had grown a lot more than I thought.”

Facebook Groups Were Supposed to Be a Happy Place

Earlier this summer, the social network launched a TV commercial touting Facebook Groups as a wholesome refuge for more personalized content — seemingly safe from the rest of Facebook. You know, the endless political propaganda, terrifying updates from randos, privacy violations and pointless infighting that makes everyone feel shitty.

Groups, Facebook argues, are where people “connect over the small and truly meaningful moments that make life worth living.” These small spaces are “where people who are different from one another can make these types of meaningful connections grounded in shared interests and experiences,” a Facebook spokesperson repeatedly explained to me in an email.

This utopian dream of digital culture is encapsulated in the ad, which shows a dad taking his daughter to a ballgame, then posting a picture in a Dads With Daughters group. But the reality of living online in 2019 pops this dream like a Big League Chew bubble. As Chatters found out, the double-whammy curse of the Facebook Group is that Facebook relies solely on its users to moderate their communities. And no matter how toxic they get, Groups tend to dominate the News Feed for anyone who joins them.

What’s more, Groups (especially those that show quick growth, like Dads With Daughters) often become the focus of misinformation campaigns. Proper moderation in these communities is paramount — especially if Facebook is investing in them to be the future of the platform.

So what do new group members see when they join Dads With Daughters? 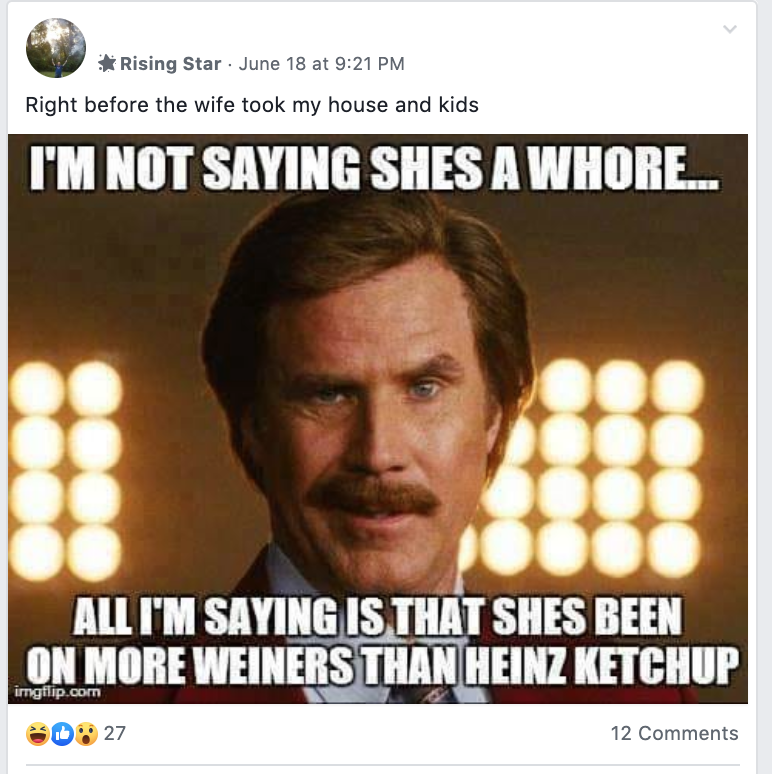 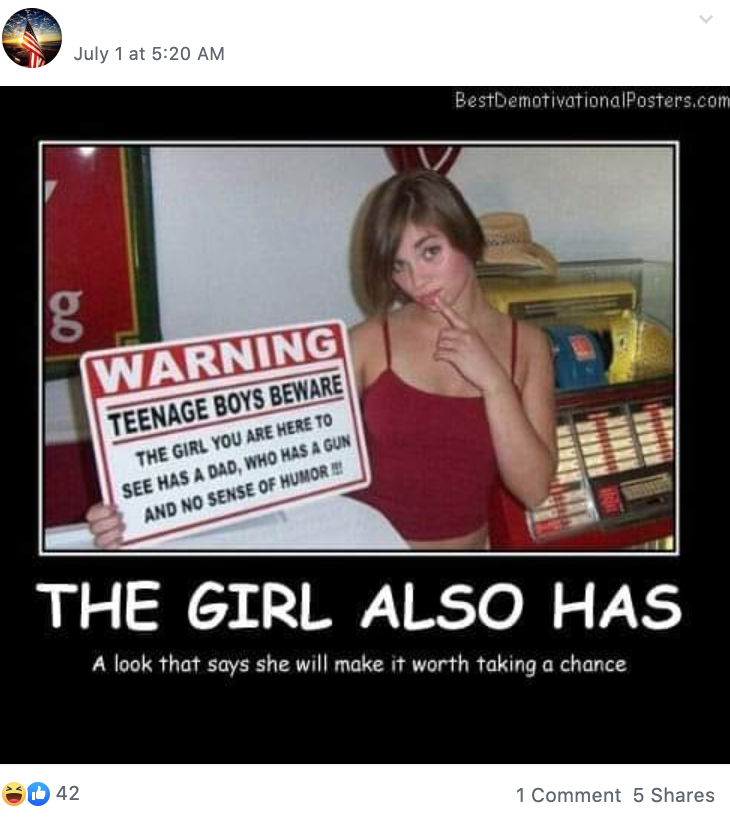 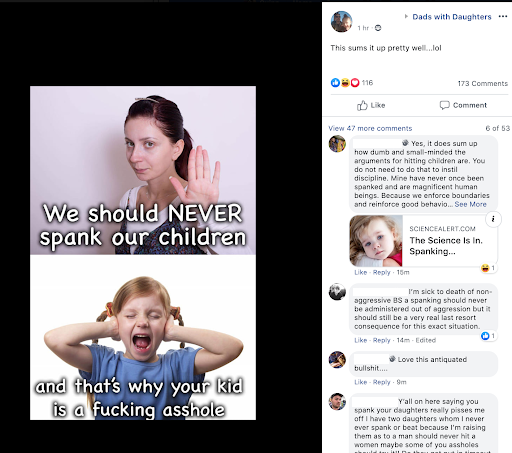 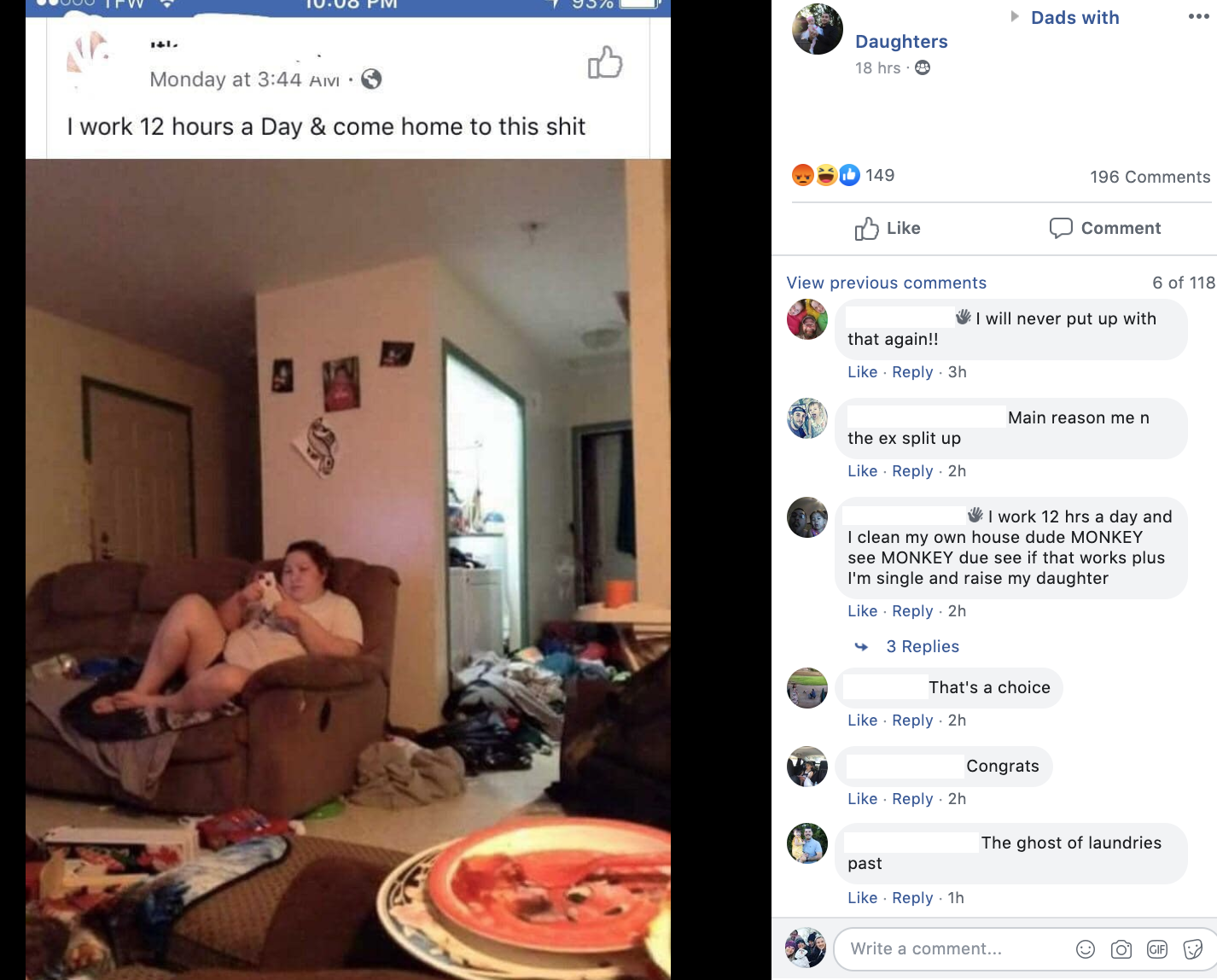 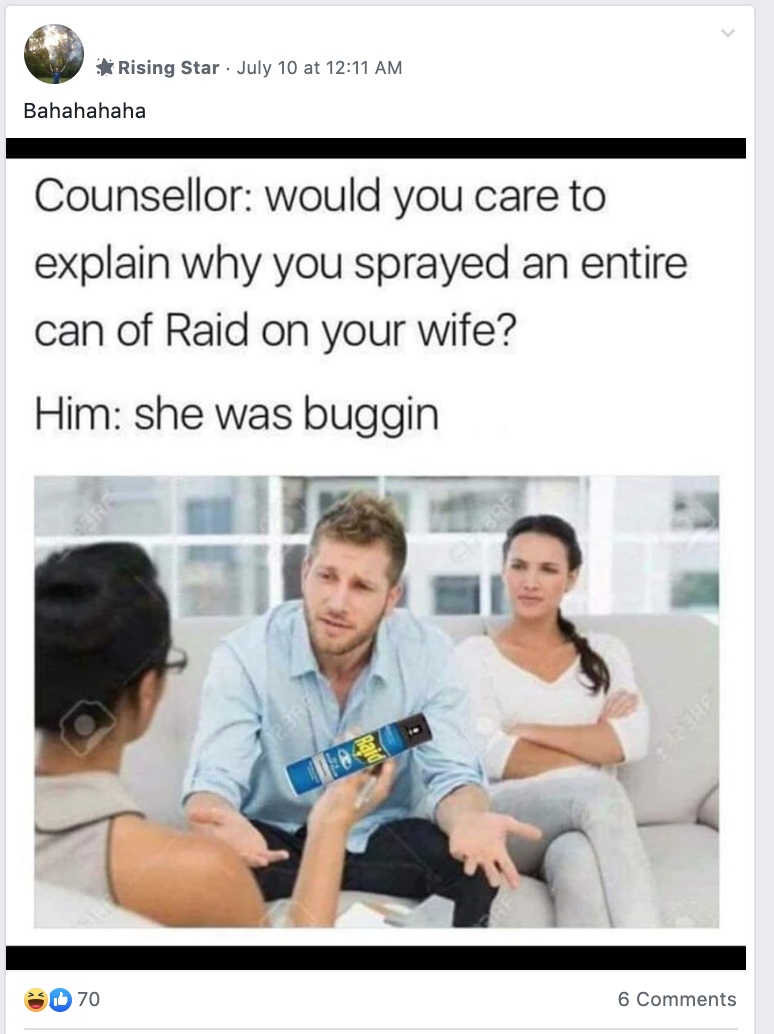 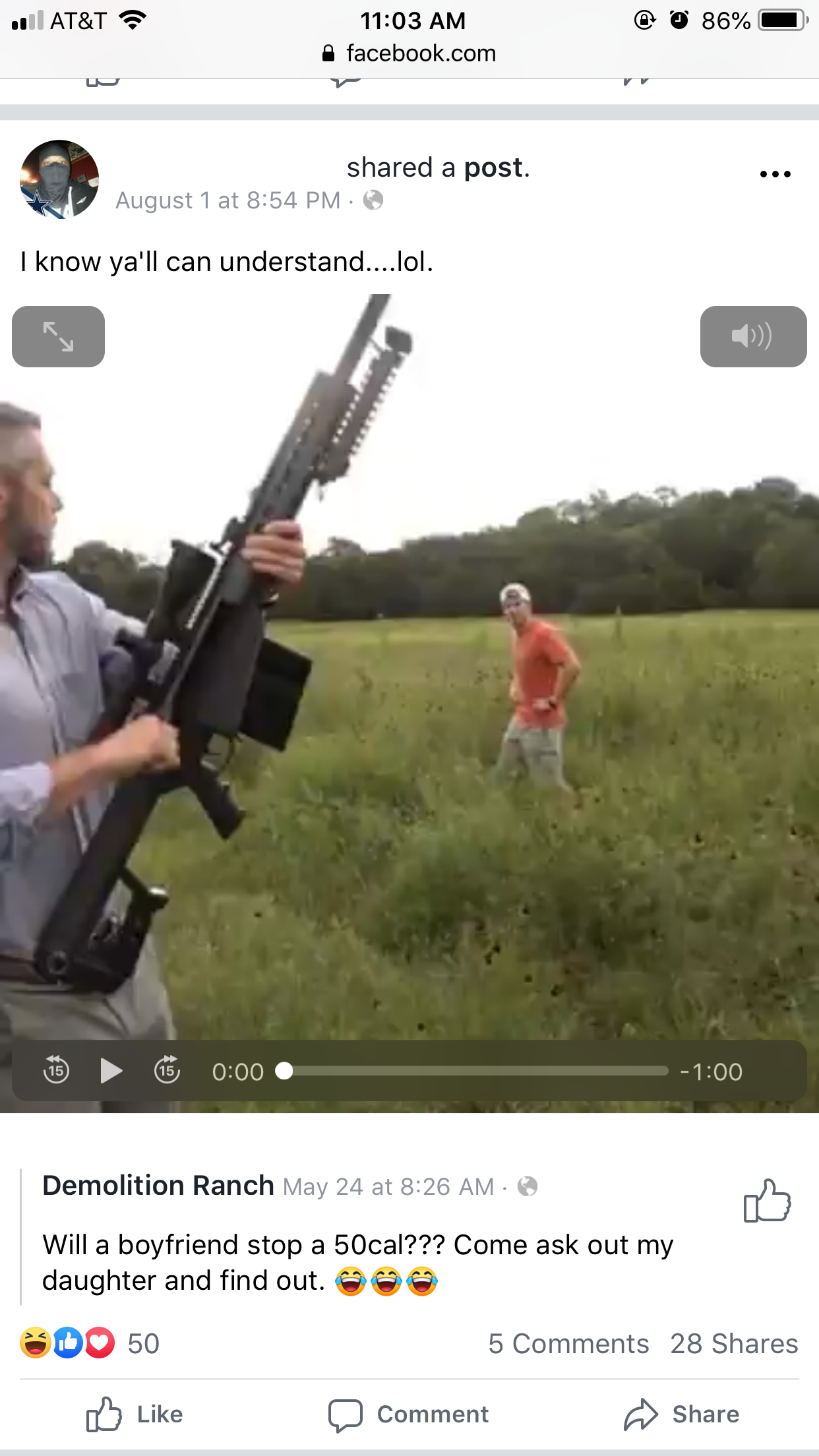 In a phone call, Facebook explains that the Group they used in the ad is actually called “Dads With Daughters: We Are All on a Journey of Discovery” — not Chatters’ group of the same name. Facebook’s preferred group, which is connected to a blog called Dad of Divas, seems a bit more cleaned-up.

But the confusion is understandable, as the Facebook ad shows only the name “Dads With Daughters.” 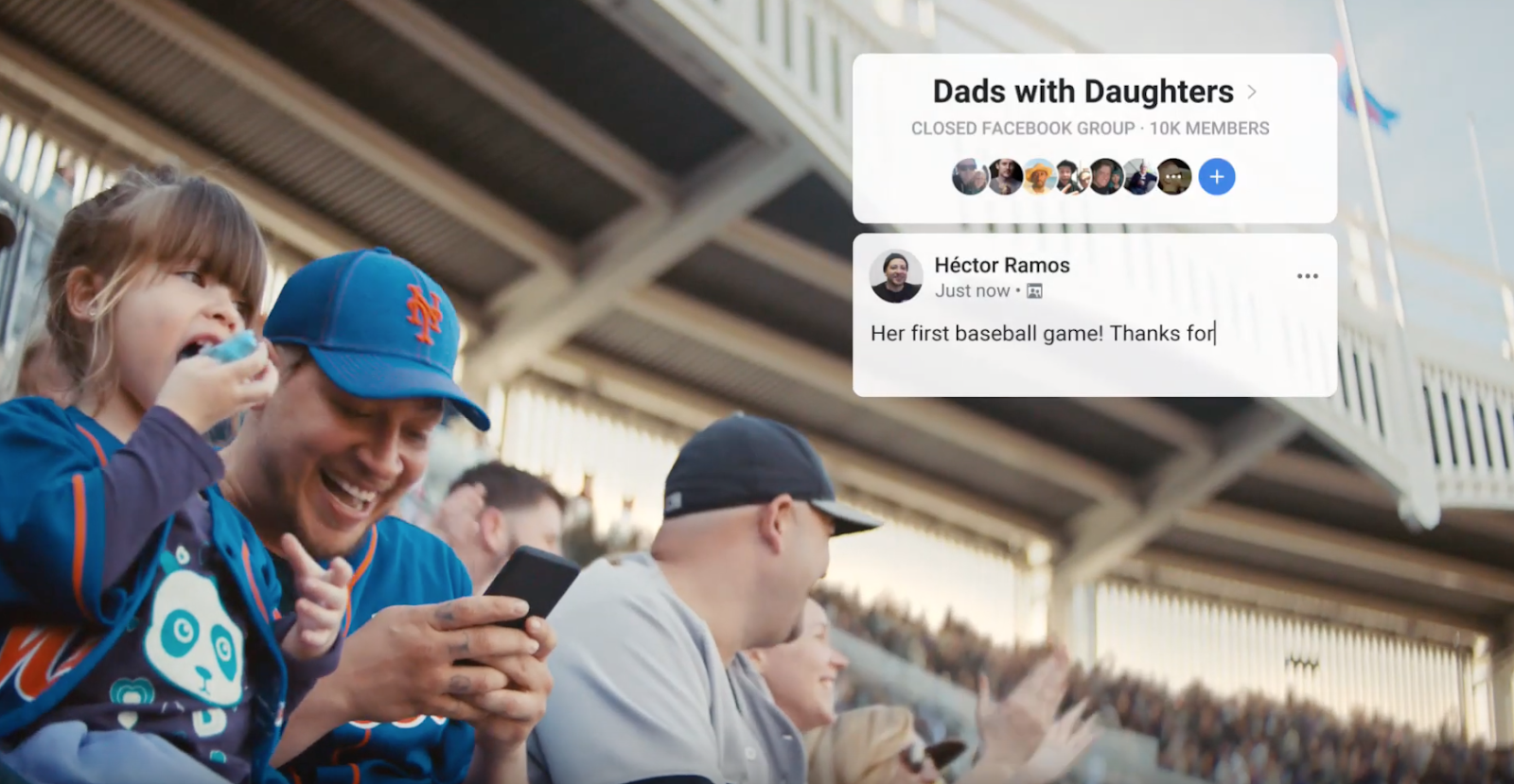 So when you search for “Dads With Daughters,” the group Facebook says it’s advertising actually shows up third: 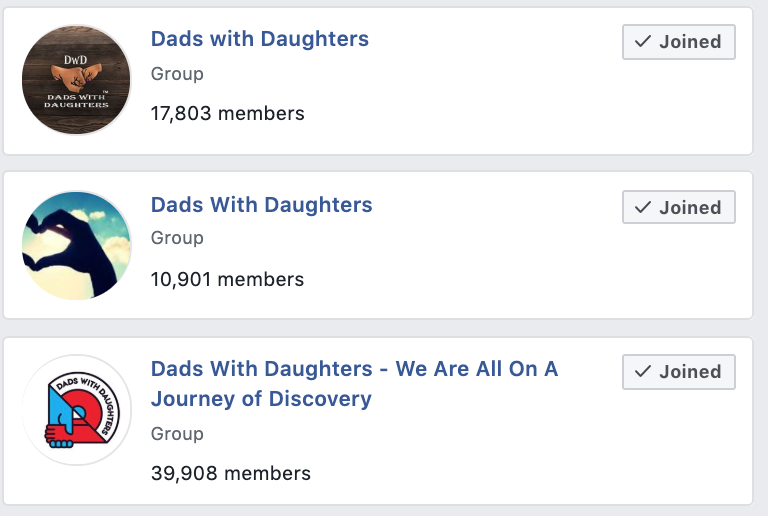 These first two groups have nearly doubled in members since Facebook’s ad, and the admins are struggling. 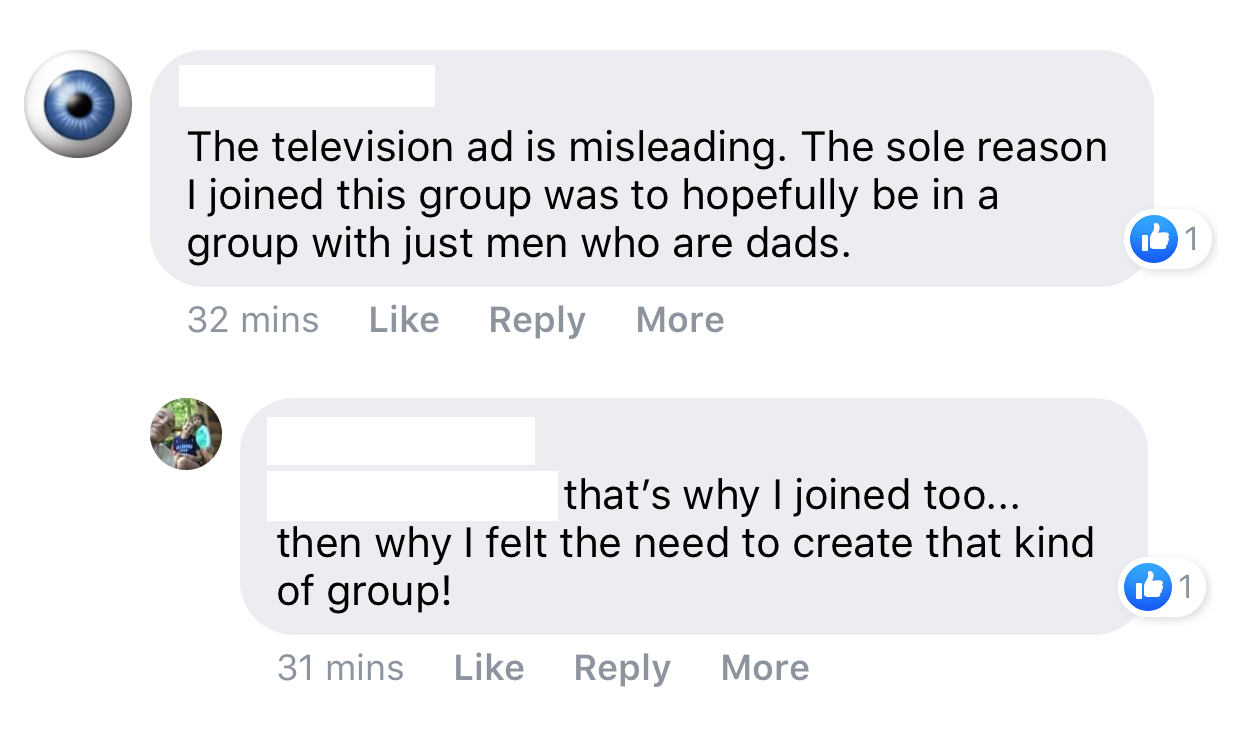 The Facebook representative says Christopher Lewis, the admin of Dads With Daughters: We Are All on a Journey of Discovery, was involved in the creative process of the ad campaign. Lewis did not respond to my interview request. But admins of those other two Dads With Daughters pages were blindsided. Paul Tubb, admin of the second, 17,000-member Dads With Daughters, says Facebook didn’t contact him at all, but he’s still “stoked something [he’s] created has gone viral.” He’s now taking advantage of the attention by creating an e-commerce store called “Bad Ass Dads With Bad Ass Daughters.”

‘I really don’t have the time or energy to moderate adult men.’

To get a sense at how things have changed in Chatters’ 10,000-person group, here are the kind of posts Chatters made back in 2015, when Dads With Daughters was created:

Here are the last three posts he’s made since the commercial aired:

“It’s just me as the admin, and it is very much an all-day job,” Chatters says, adding that Facebook neither warned him of the advertising campaign nor offered to help with moderating the inevitable growth. “People are constantly commenting and posting things that are not positive, or fighting, but I really don’t have the time or energy to moderate adult men, you know?”

Tubb says monitoring his group is “WORK … My moderators and I are constantly communicating and voting [on what to allow or not],” he tells MEL. “We work on keeping it safe, moral and REAL. I couldn’t even guess how many hours we’ve spent moderating.” 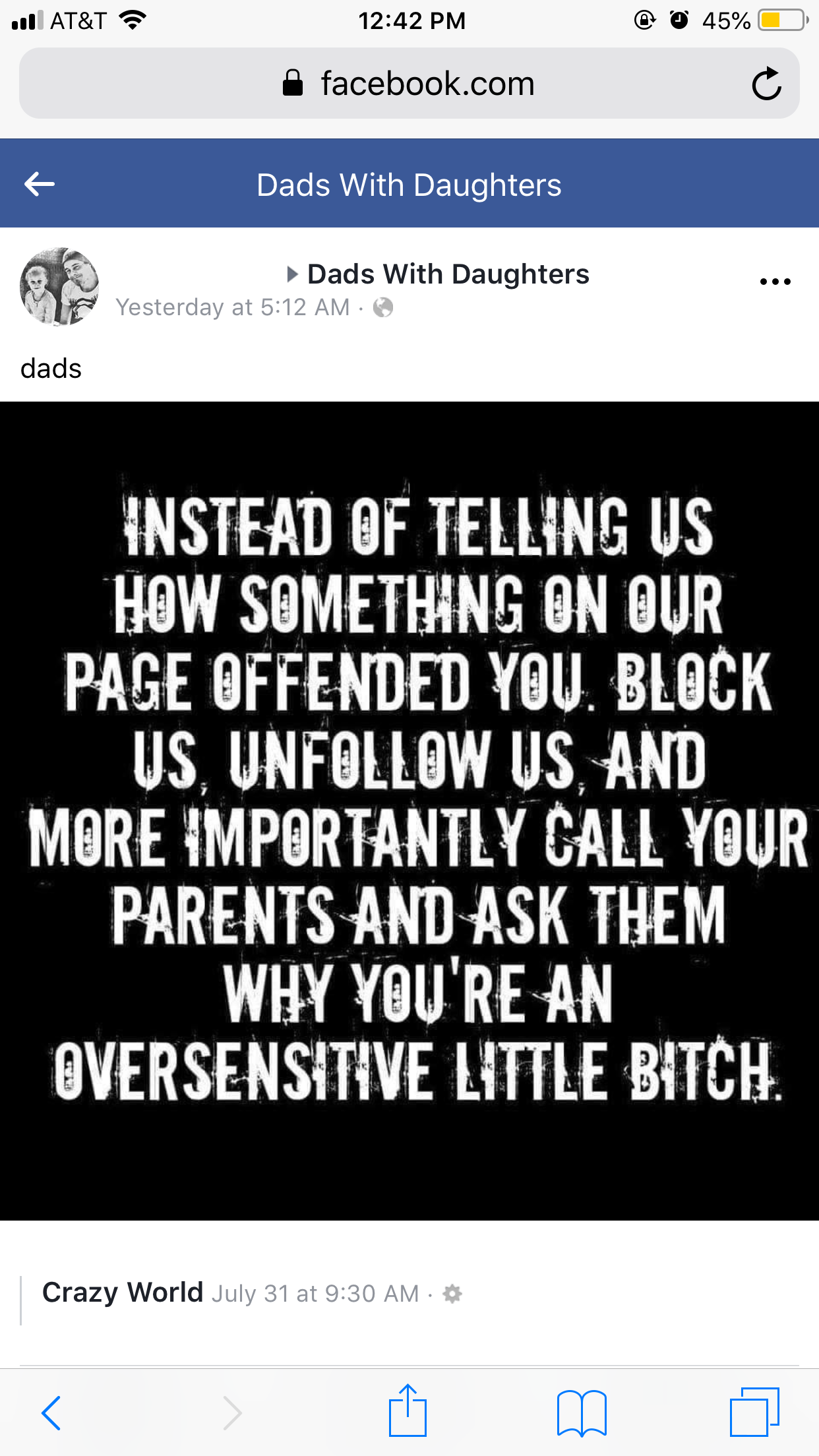 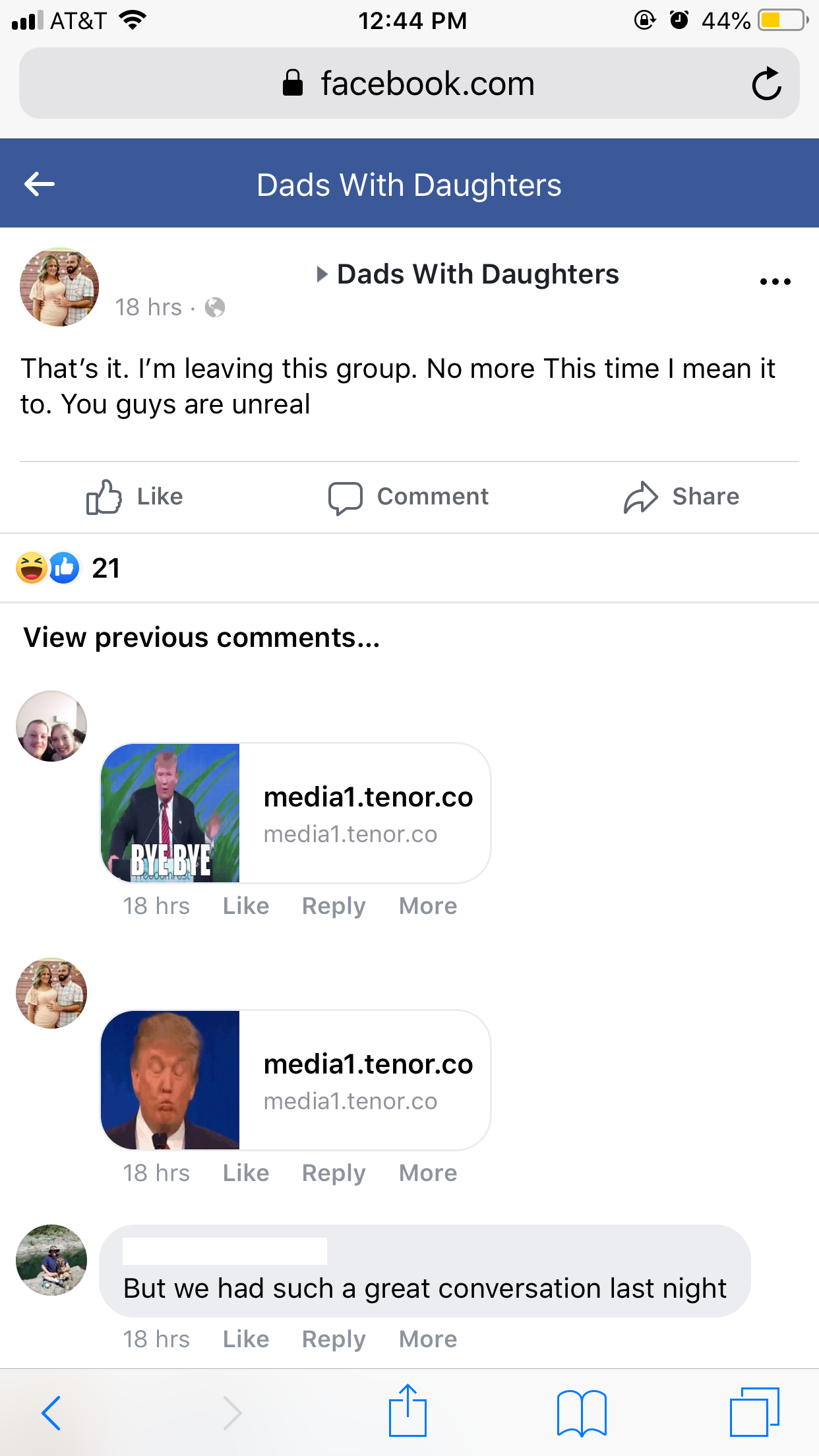 The swift increase in members is particularly frustrating for Chatters, who had hoped the group would aid in his work as a psychologist. “Specifically, my intentions for the group had to do with my work in gender equality and my doctoral program working in the women’s center [where] I was supposed to help men understand how they can help utilize their privilege as men as a platform to help support women’s movements,” he tells MEL.

“Here I was doing foundational groundwork for the world that my daughters were going to live in, in a very positive way, helping men understand their gender privilege and how toxic hegemonic masculinity can lead to negative outcomes in our society,” he says.

Chatters’ goal was to start small, with other likeminded dads, and then “recruit other men to understand how we can utilize our privilege and our position in our society that happens to be patriarchal, to support women’s movements. … And then the commercial came out.”

Chatters says the ad, which features just a father and daughter, brought to his group a wave of single and divorced dads: “Unfortunately, a lot of, I guess I would say, jaded men coming from custody battles and situations where they’re not 100 percent in their children’s lives. They come to the group for support, but that’s a different type of energy. These men have been separated from their partners in a probably negative way, which means that men are coming to this group with a negative perspective of women.” 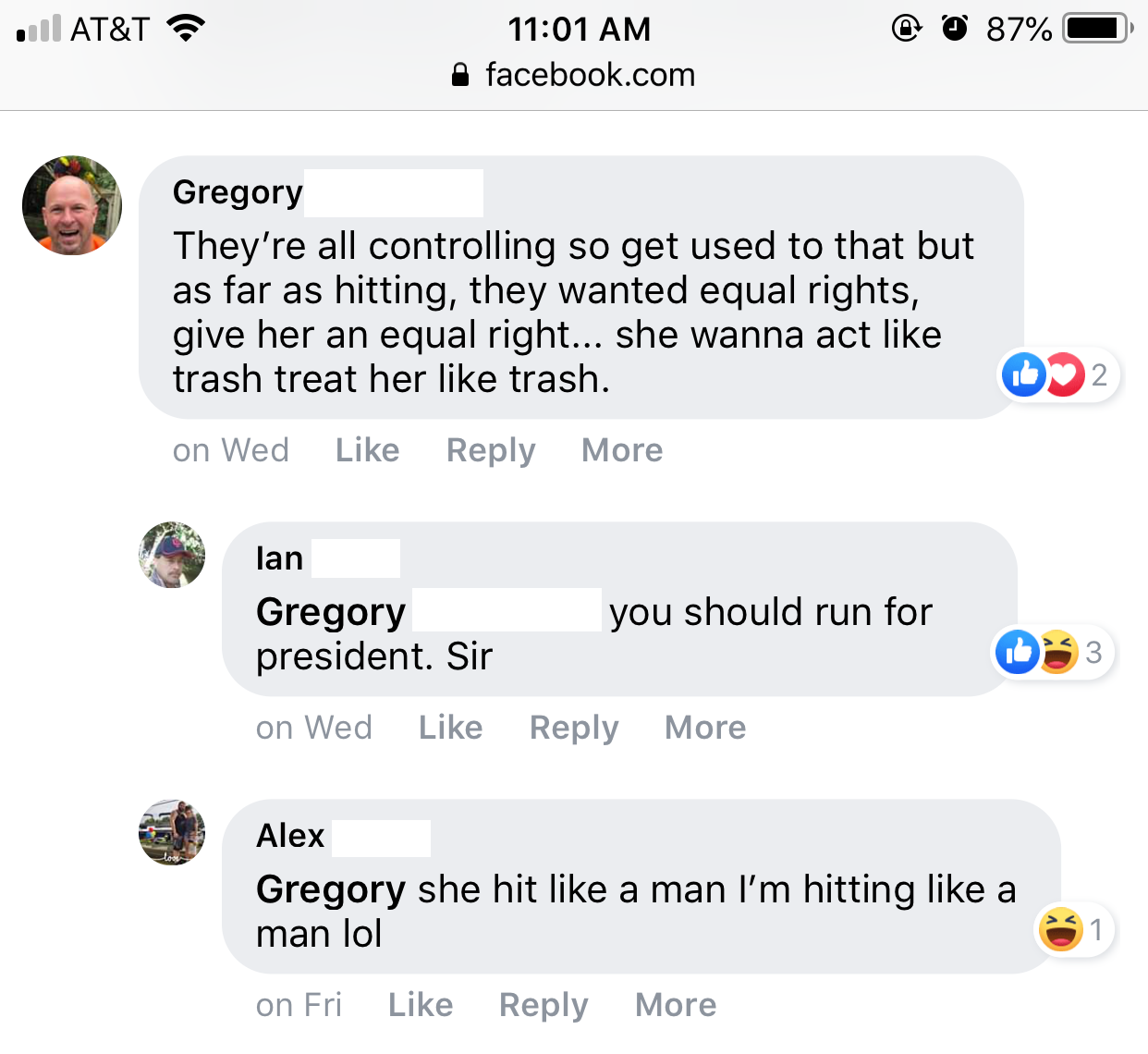 And even if the more extreme members are a minority in his group, they post a lot more. Given Facebook’s new “badge” system that rewards more active users, the smaller but louder faction rules, Chatters says.

“There is a lot of the research that focuses on masculinity, and how most men are in a place where you can reach them positively and help them understand certain aspects,” he explains. “But when there is a minority of men who are not, that minority of men basically control the larger group of men with their behaviors. And that is very much playing out in this group.” 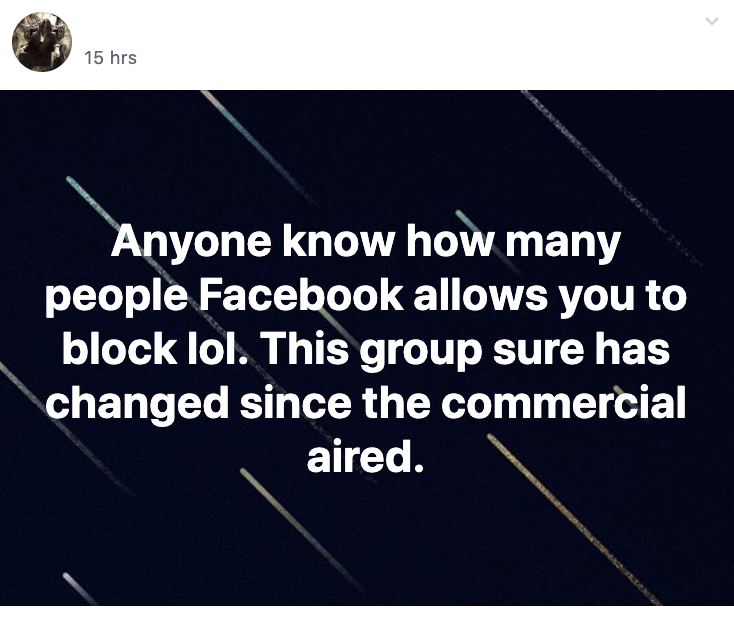 ‘Even if I have to continue approving every single post, which is exhausting, at least I’ll be able to craft the page into what wanted it to be.’

With or without help from Facebook, Chatters remains optimistic and believes he can force positive change through Dads With Daughters. “Sometimes men don’t see the connection between supporting their daughters and creating a more equitable world for women, but that’s my goal.”