Flintstones vitamins won’t save you, but I’m not hearing any better ideas

Okay, so, re: coronavirus. It’s time to panic? Kinda seems that way. Or, more accurately, we should have been panicking weeks ago. The major sports leagues are suspending their seasons; Tom Hanks and Rita Wilson caught the bug; Trump took the drastic step of slogging through a live address meant to calm the markets (it didn’t!) and slapped another travel ban on the problem. Also, when I went to the grocery store yesterday, people were buying toilet paper in a full-blown mania — I was lucky, meanwhile, to get the last case of pamplemousse La Croix.

And, well, there’s this:

The U.S. population is roughly 330 million, so, worst case, your chance of catching this disease is roughly the same as losing a coin flip. Those are bad enough odds that the right-wing savants paid to tell us that the free market cures anything are now on the point of advocating for socialized medicine. But the fact remains: We have no such infrastructure, and we will suffer as a result.

If that surprises the American exceptionalists among us, it also validates the griping of millennials who routinely fight tooth and nail with overpriced insurance providers for the most basic dignity and care when facing a medical crisis, even opting to crowdfund the necessary procedures and prescriptions they cannot afford. Elsewhere, the younger generations must always turn to the dubious preventative measures that fit within their wanting budgets.

And it’s no different with COVID-19:

To be clear, no doctors or government officials have said that ginger ale wards off the novel coronavirus. But did I drink a ginger ale last night and feel a surge of invincibility? You goddamn know I did. The idea of going to a hospital or urgent care clinic for a severe illness is that far-fetched to me — I’m actually depending on soda to head off the possibility.

That doesn’t say much for my intellectual seriousness, or the general attitude in this country toward effective precaution, but it says tons about a health-care system that accrues higher levels of public distrust with each passing hour of this pandemic and never did much to earn our respect in the first place. When it comes to a choice between home remedies inherited from our grandparents and putting ourselves in the hands of professionals, at least the former is somewhat comforting. 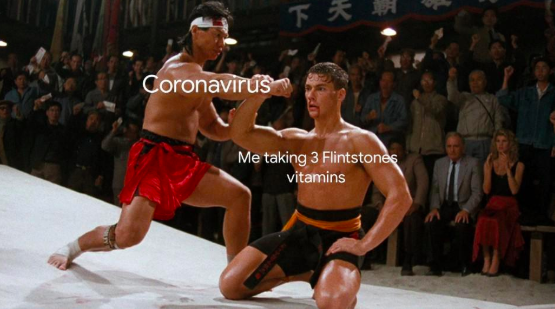 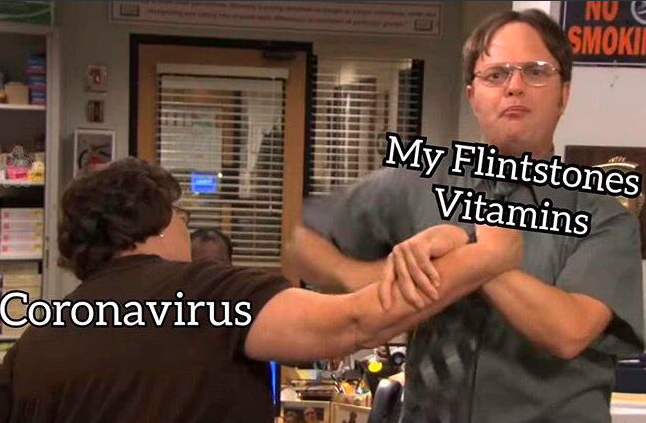 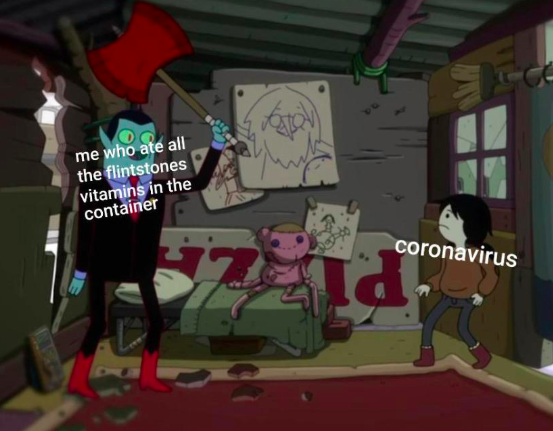 As with many darker memes, the concept of defeating coronavirus with, say, Flintstones chewable vitamins is at once a joke and deadly serious commentary. It’s the gallows humor of a demographic aware that they lack either the wealth or influence to sufficiently protect their fragile bodies, and will have to take comfort in what amounts to a limited range of placebos.

Of course, late capitalism has done nothing to avert this goofy fatalism — for as long as we can remember, companies have profited from it, peddling quack “cold-busting” supplements like Airborne and, within the $4.2 trillion wellness industry, everything from herbal concentrates to essential oils. The sad truth is that while these pills and substances can also be expensive, they are often still more affordable than an actual pharmacy, and sometimes a greater relief to people who count themselves betrayed or underserved by the frosty medical establishment. 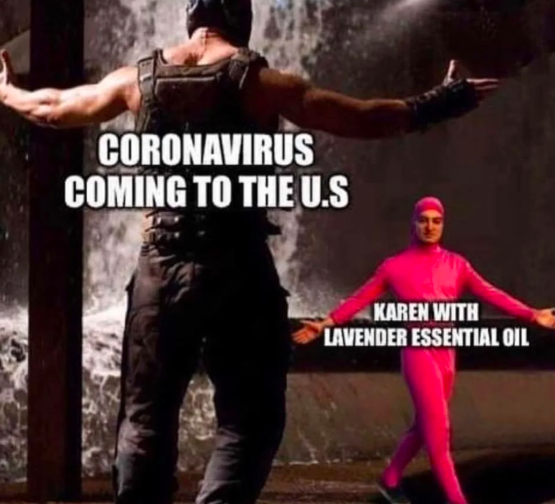 At this moment, almost no one is denying the virus will continue to spread, with the number of cases rising precipitously in the U.S. Making light of the dire and deadly situation with this kind of content (as we did with the outbreak of “World War III” chatter early this year) is perhaps the best recourse we have to acknowledge our helplessness and, more to the point, disgust with a political culture that can’t be bothered with accurate science or the preparations that would follow from an informed background.

The palpable anxiety in the air is matched by a dawning realization that many of us have already had, but never in such communion, on such a grand scale: We’ve been left to fend for ourselves, to live as we will and abet contagion through our ignorance. Millennials are insulted as a cohort raised on “participation trophies,” hollow tokens of success and extraordinary promise, yet it may be the ritual items of our vulnerability — the cabinet full of Advil, cough syrup, gummy vitamins and zinc lozenges; the pantries stocked with chicken-flavored ramen, lemon tea and saltine crackers — that characterize us best. We cannot afford to get sick, and we cannot afford to get well. So we carry on with what little we possess. 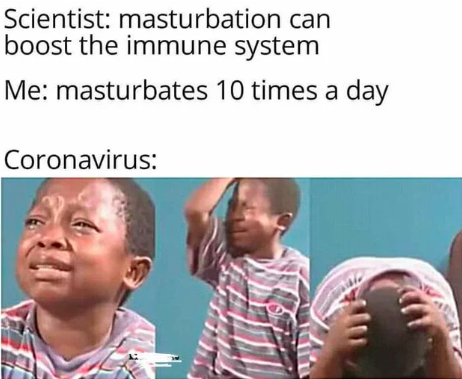