Can I Pump Gas While My Engine Is On?

If the modern automobile had a status on Facebook, it would undoubtedly be “It’s complicated.” With their computer-controlled fuel injection systems, continuously variable transmissions and three-phase four-pole AC induction motors, the days when every Tom, Dick or Harry could wrench on their ride seem long gone. So let us help — especially with the seemingly mundane stuff that if not done properly, your dad and/or his favorite mechanic vowed would ruin your car forever. Because when it comes to cars — and this column — no question is too dumb.

As someone who appreciates efficiency in everything I do, there’s something car-related I’ve always wondered about: Why can’t I skip the whole turning the car off and on again part, and pump my gas with the engine on?Truth be told, you probably could — but there’s a small chance you’d start a gas-fueled inferno, so please don’t. I called up my local ARCO station and spoke to Jawad, the attendant working at the time, to ask for his professional opinion on the matter. “Yes sir, it’s illegal because you can start a fire if the engine is on,” he tells me.

And while I take Jawad at his word, I wanted to double-check whether there’s an actual law on the books to confirm that fact. Turns out that, yes, there is a statute in the vehicle code here in California (and I suspect, in other states around the country) that specifically prohibits leaving your engine running while pumping gas:

California Code of Regulations, Title 8, Section 3319: No internal combustion engine fuel tank shall be refilled with a flammable liquid while the engine is running. Fueling shall be done in such a manner that likelihood of spillage is minimal. If a spill occurs it shall be washed away completely, evaporated or equivalent action taken to control vapors before restarting the engine. Fuel tank caps shall be replaced before starting the engine.

The fact that it’s illegal (at least in California) doesn’t stop many from doing it anyway, however. On Reddit, one redditor tells me to “go to any small town in North Dakota in the winter and more people do it than don’t. I’m actually surprised that there’s a law against it.” He’s kinda right: Because while you could conceivably start a blaze if gasoline leaked under your running car and was set on fire by the starter or the catalytic converter, or if vapor came in contact with a sufficiently hot engine, that risk is small thanks to numerous safety checks-and-balances, such as vapor-recovery systems built into the station’s pump nozzles. 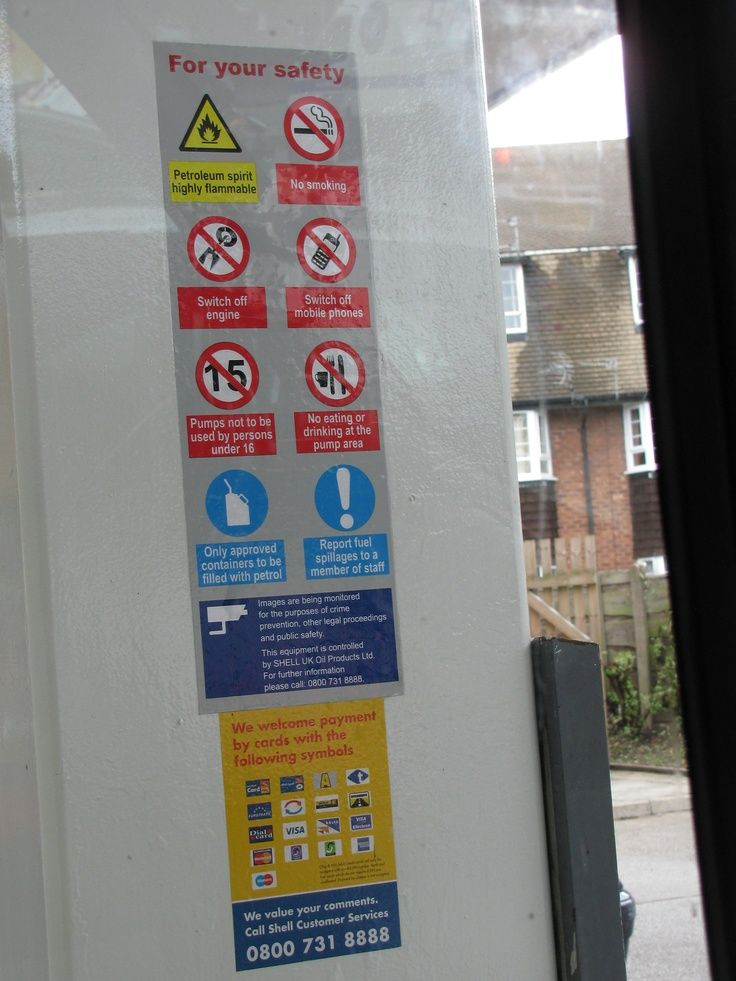 Arguably, a more important step to take when pumping gas — one that a lot of people forget about — is remembering to ground yourself before filling up. Static electricity can build up when entering/exiting your vehicle, which, in turn, can ignite any gas vapors that happen to be floating around in the air, so it’s highly recommended that you touch something metal when getting out of your car (like your car door) before you start pumping in order to discharge any static electricity you might have collected from rubbing your butt on your seats.

Speaking of bottoms, the bottom line is, why take an unnecessary risk that could result in thousands of dollars in damages and, possibly, loss of life, when filling up just to save a few seconds? (Even if you’re freezing your ass off during a Siberian-like North Dakota winter.) Personally, I think the choice is clear.