When Should We Save Someone From Being ‘Canceled’?

This past weekend, a popular internet personality was revealed to have tweeted racist and sexist comments largely at odds with his virally wholesome image. This figure would be 20-year-old Kelvin Peña, aka “Brother Nature,” whose excited interactions with animals in zoos and the wild — an adorable deer he named Canela is a standout among these co-stars — delight millions of followers across Twitter and Instagram.

The easy, heartwarming rapport between Brother Nature and any creature he comes across earned him comparisons to Disney princesses and the label of #MCM, or Man Crush Monday, from no less than MTV. After his first deer videos attracted buzz in 2016, he founded a nonprofit charity called Everybody Eats, dedicated to feeding the hungry; the following year, he used it to raise donations for supplies to hurricane-ravaged Puerto Rico, where he once lived. (Peña is of both Puerto Rican and Dominican descent.) His ride to internet fame coinciding with this country’s nosedive into ideological rancor, Brother Nature is routinely hailed as “a breath of fresh air,” “exactly what America needs” and someone to root for in life — an antidote to all that afflicts us. It was widely assumed that he’d have his own TV series before long.

All of which made it rather disheartening — if not exactly a shock, considering the era we’re in — to learn that Peña had, in his younger days, a habit of posting offensive shit like this: 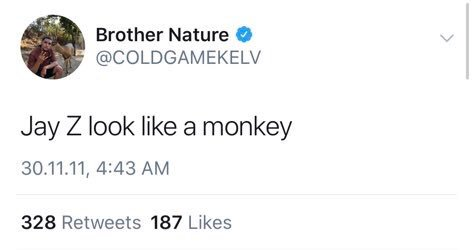 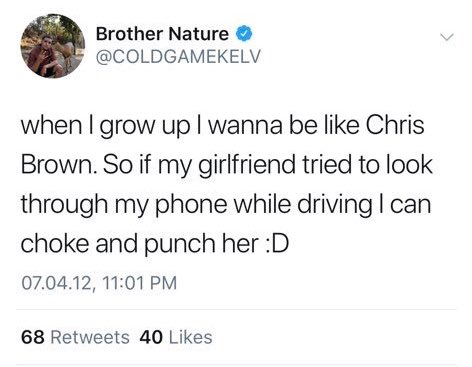 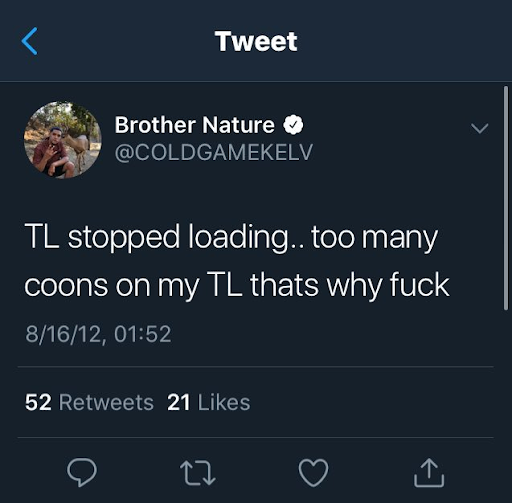 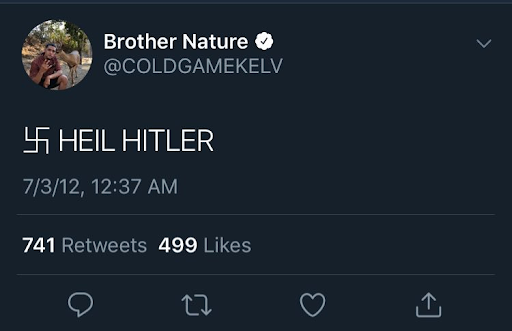 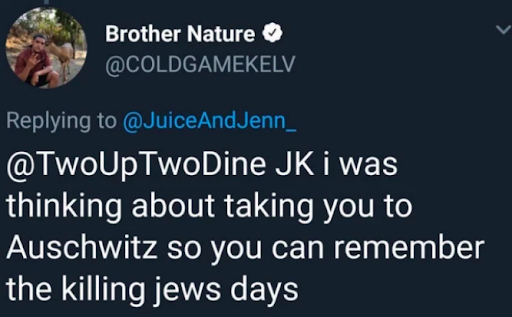 As mandated these days, the revelation of Brother Nature’s troubling online archive triggered an avalanche of tweets announcing he was officially “canceled,” or rebuked as an enemy of the community that made him. To be canceled is perhaps Twitter’s harshest sentence for a so-called “milkshake duck,” a beloved web hero whose purity turns out to be darkly compromised by toxic opinions and behavior. In theory, it entails a total severance of ties and support; at the very least, you’d unfollow or block and never mention their name again, except to warn others against them. In Peña’s case, people speculated that he’d likely blown up any hope of a deal with Animal Planet — not that rumors of such a development were substantiated in the first place. “Brother Nature” trended negatively for a couple of hours, and it looked as if his 15 minutes were up.

Then came the backlash to the backlash. Peña’s old tweets, his defenders argued, were written by an immature boy between the ages of 12 and 14. Abhorrent and indefensible as they are, they hardly compare to allegations against adult celebrities who continue to enjoy lucrative careers, bolstered by an unwavering fanbase. Most crucially, Peña loyalists said, we’d all be pariahs if judged by the worst of our middle-school selves.

After briefly locking his account, Peña returned with what read as a genuine apology. It didn’t seem as if he’d shed much of his audience. Soon he was back to posting content.

Now that the scandal has more or less blown over, we’re left to wonder: Did Brother Nature deserve the pass?

This depends, firstly, on the context you assign to his 2011–2012 tweets. I agree with many who observed that they feel like “edgy” jokes lifted from 4chan and equally insular hives of derogatory/abusive humor. One of his Hitler tweets is literally just a Tyler, the Creator lyric, and another is the hashtag #KKK, no other commentary. The scattershot quality of these bits indicates a mind freshly exposed to vile ideas and fascinated only by their transgressive potential. Kids want to push buttons and boundaries, particularly if they’ve been exposed to social scenes where that’s the norm. A generation grew up slinging this exact crap on Xbox Live.

Then again, we have no obligation to accept racist and misogynist remarks as a regular byproduct of adolescence. There’s something a bit galling in Brother Nature dropping a smugly woke-bae tweet like “What a beautiful day to respect women” when his timeline still hosted this old chestnut: “Wanna hear a joke? Women’s rights.”

What you end up wondering is whether Peña’s schtick today is any more authentic than his troll profile. On balance, though, his philanthropy and positive influence may be enough to convince us of the redemption. Forgiving a college student of color for childhood mistakes so he can keep preaching the joys of our natural world to the digital-native youth is — I think most would agree — a hell of a lot better than giving a middle-aged white Hollywood sex pest his billionth chance to direct a blockbuster without harassing anyone.

Bizarrely, the furor over Peña’s bygone attitudes may obfuscate a current issue. As he seeks to elevate his brand, Brother Nature has taken to posing and playing with ever more exotic beasts, potentially overlooking the ethics of getting those shots, even as he touts the importance of animal rights and conservation. A tiny minority of critics have entered his replies to draw attention to facilities that drug large predators so people can cuddle them. Peña was unconcerned with the exploitation of these tigers, for instance:

All in all, then, a few half-baked and plagiarized punchlines from puberty are both less revealing and less relevant than an outrage cycle would have us believe. And whether or not we dismiss them as such, there are bigger questions for Brother Nature to answer as he continues to hone his public presence, especially if he wants to remain a voice of ecological enlightenment. Hell, just feeding the deer in your backyard can do more harm than good. As a trending topic, however, that has nothing on the Nazis.