Borat Is Back, but This Time We’re In on the Joke

The 2006 film was a vicious takedown of American xenophobia. But with ‘Borat Subsequent Moviefilm,’ Sacha Baron Cohen grapples with a nation that’s lost its sense of shame

Is anyone scandalized by Borat Sagdiyev anymore? Sure, maybe you don’t find the character funny — maybe you never did — but who’s shocked by his outlandish behavior? Who still finds his wild antics beyond the pale? This is the problem Sacha Baron Cohen faces in his new film, Borat Subsequent Moviefilm, which picks up the action 14 years after Borat. Considering the brief lifespan of most comedic conceits, 14 years is an eternity — especially when you’re dealing with a character whose entire modus operandi was his ability to startle people with his risqué provocations. Even if you loved Borat, have you really been missing that bushy-mustached, grey-suit-wearing foreigner who talked weird and made inappropriate comments about women and Jews? Honestly, who needs him?

Despite those considerable obstacles, Borat Subsequent Moviefilm, I’m happy to report, is actually pretty enjoyable. “I heard you laughing a lot,” my wife told me from the other room, and it’s true. Very little in this movie will surprise you, about half of it is just so-so, and yet I found myself quite happy to be reacquainted with this bigot. But this is a different Borat than the one we met in Borat — just as Borat Subsequent Moviefilm is different from the 2006 film that made me laugh so hard in the theater I was sweating. That Borat was largely unknown, his assault on America a merciless sneak attack. In 2020, however, Borat is no longer a threat or a dark articulation of our worst qualities. Now he’s just our buddy. The new film is about how Baron Cohen makes peace with the fact that his creation can’t provoke us anymore.

Borat Subsequent Moviefilm has a plot in the same way that the original film did: It’s a thin outline consisting of random incidents seemingly stitched together on the fly. Essentially, Borat (who brought great shame to his homeland because of the first film) must go back to America to curry favor with Donald Trump, who everyone in Kazakhstan thinks is a strong leader — unlike that (gasp) Black man who was president before him. What Borat doesn’t realize is that his teenage daughter Tutar (Maria Bakalova) has stowed away on the trip, hoping to spend time with her absent father. (To be fair to Borat, he was sentenced to a life of hard labor after Borat, so he wasn’t even aware of her existence.) Borat doesn’t want anything to do with Tutar — he loves his sons, but daughters are worth little more than cattle in Kazakhstan — but they’ll have to learn to get along as they try to meet someone in the Trump administration who can help restore their homeland’s good name.

Nobody watches a Borat (or Brüno) movie for the plot; what matters is the crazy orchestrated stunts that Baron Cohen concocts. And like with the Jackass movies, you grade them based on their sheer outrageousness, degree of difficulty and if they stick the landing. Because Amazon, which will be making Borat Subsequent Moviefilm available on its platform on Friday, has been demonstrative about not revealing spoilers, I won’t get into too many particulars. (Besides, it’s more fun to just watch the movie cold.) But I will say that across the film’s 90-minute runtime, there are maybe only three or four stunts that are really memorable.

I imagine that will be disappointing to folks who enjoy cringe comedy in which real people are suddenly thrust into bizarre situations — especially when those scenarios are orchestrated by a tall, grinning dude with a penchant for high-fiving. (The film’s director, Jason Woliner, is a veteran of Nathan for You, the modern gold standard for this expertly awkward comedic style.) What we tend to get in Borat Subsequent Moviefilm is pretty boilerplate for Baron Cohen. Borat and his daughter infiltrate a stuffy debutante ball, offending everyone in sight. Tutar barges into a meeting of female GOP supporters, talking passionately about how much she enjoyed fingering herself just a few minutes earlier. Maybe Borat will say something misogynistic or racist and see if the person he’s with will play along. We’ve seen all this before. 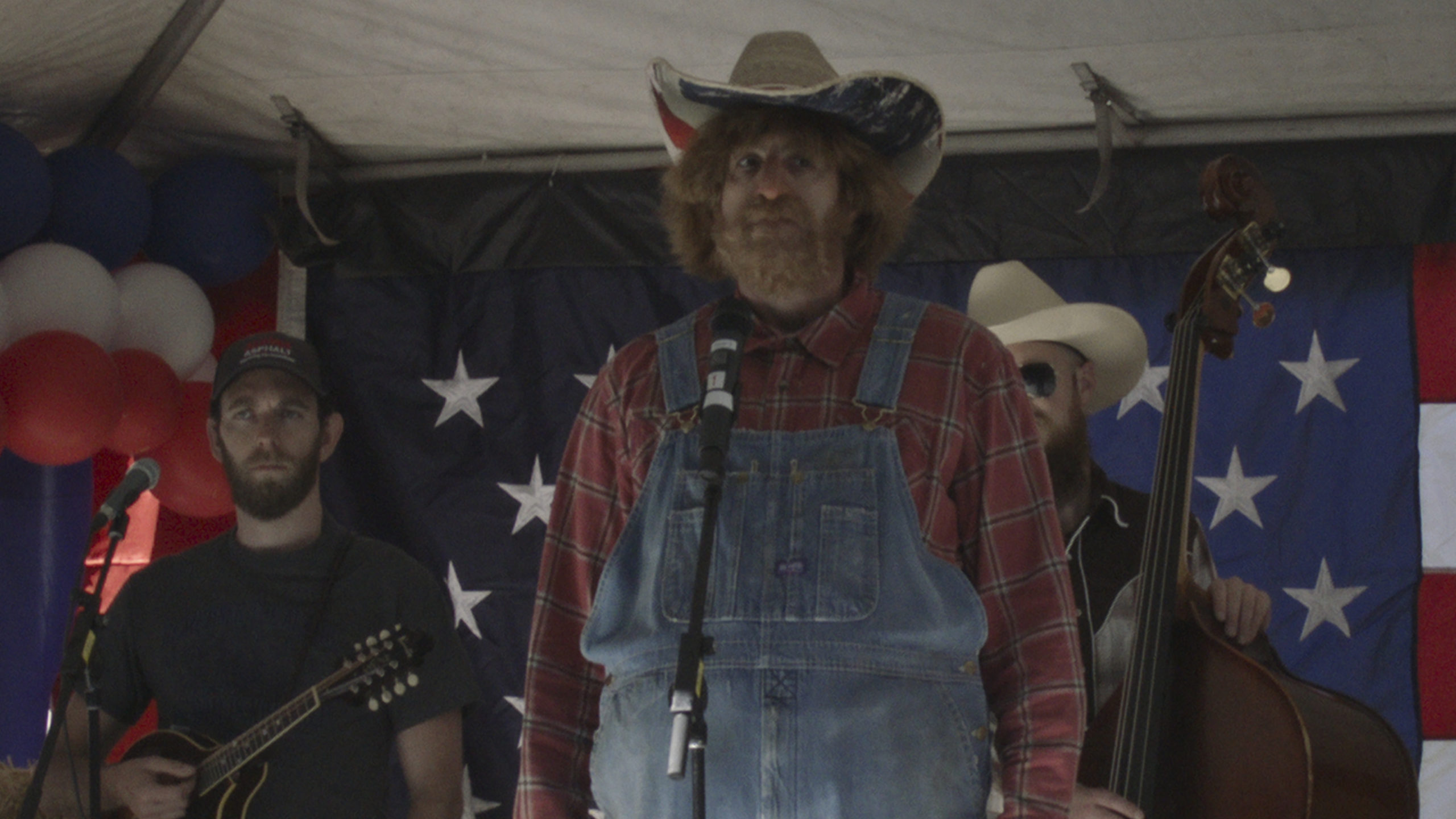 To my surprise, though, I didn’t find the lack of really incisive prank interviews to be too much of a letdown. I think that speaks to what’s most interesting about the new movie, which is that it exists at a time when America truly has transcended any sense of shame. Not that long ago, when The Colbert Report was around, the Stephen Colbert character brilliantly personified the arrogant, entitled ugly-American ethos. Knowing full well that he was mocking a mindset worth feeling guilty about, “Colbert” bragged about his ignorance of the rest of the world and his assurance that we all deserved the biggest guns and coolest cars and most ridiculous fast-food items you can imagine. (KFC’s Double Down might as well have been the ironic official food of Colbert Nation.) But whereas Borat lacerated the ugliness beneath the “America, Fuck Yeah” satire — it made us see what was truly broken and despicable about our national character — Borat Subsequent Moviefilm knows it can’t really startle us. Oh, does Borat encounter some MAGA types who think Obama should be in jail and journalists should be killed? I live in that world every damn day now, buddy.

Baron Cohen does, too, and at least he’s forthright enough to know that his envelope-pushing creation is going to have a much tougher time in an age when all norms have been obliterated. “In 2005, you needed a character like Borat who was misogynist, racist, anti-Semitic to get people to reveal their inner prejudices,” he recently told the New York Times. “Now those inner prejudices are overt. Racists are proud of being racists.’’

That partly explains why, despite how funny Borat Subsequent Moviefilm is, it rarely goes for the jugular. Trump has deadened our sense of outrage — he and his most extreme followers have constructed a numbingly soulless reality that one often has to emotionally detach from in order to stay sane. Borat Subsequent Moviefilm isn’t brilliant or angry enough to shake us out of that stunned stupor, but I’m not sure I really need the cleansing, cathartic laughter that was in abundance in Borat. Back then, the country’s nationalistic tendencies and regressive politics felt like a terrible new thing, and Baron Cohen’s kamikaze invasion of the American heartland was a neutron bomb incinerating the hypocrisy of the so-called Religious Right. Borat was a rude, mean-spirited film, and deservedly so: What better way to eviscerate the sanctimony of conservatives who piously insisted we support the troops and respect life while slashing safety nets for America’s most vulnerable communities and prolonging a ruinous war in the desert? 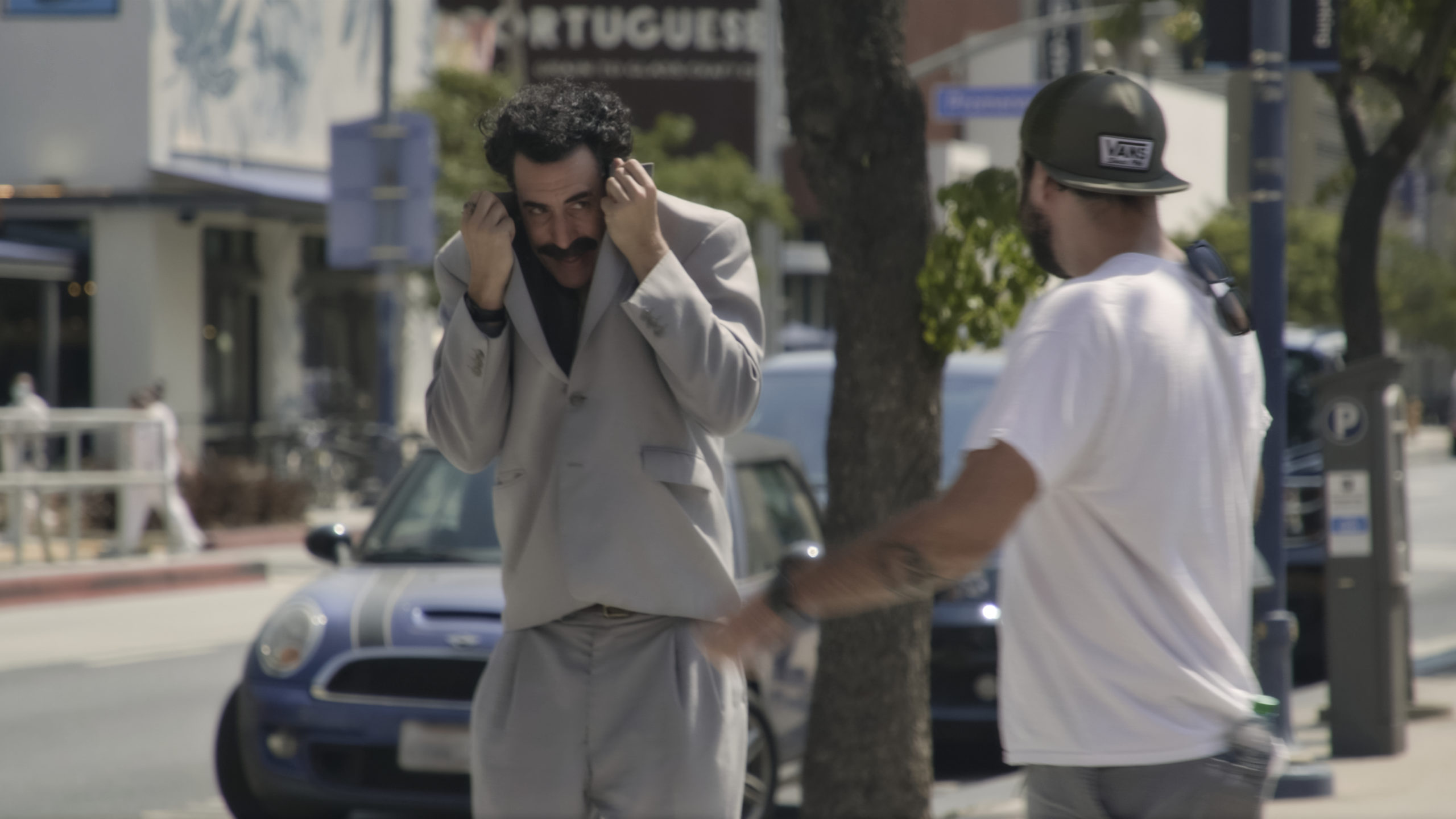 Early on in Borat Subsequent Moviefilm, Borat lands in America and discovers that lots of people here know who he is. It’s a clever bit as we see the character walk around in big cities as passersby yell his name or ask for an autograph. (When Borat goes into a costume shop, he’s surprised to see that there’s a generic Borat costume for sale.) It’s also a way for Baron Cohen to acknowledge that he can’t trick people into saying terrible things on camera when everyone knows who you are and what your shtick is.

In a sense, we’re now in on the joke — both in regards to the Borat gimmick and what he represents about this terrible country of ours. There’s poignancy in recognizing that Baron Cohen can never recapture what was once so controversial and extraordinary about this character; he served his purpose, and that moment has passed. The worrying question is whether that means America itself is beyond saving. What was galvanizing about Borat is that it showed us a land that seemed ripe with the promise of renewal, despite all its shortcomings. In Borat Subsequent Moviefilm, the laughs have a resignation to them. Maybe the joke’s not that funny anymore.