The Bartender’s Guide to Gym-Friendly Cocktails

Booze goes with everything — even whey protein and electrolyte powder. Here’s what to drink if you want to gain more than a hangover

Life is all about balance. Some of this, some of that: Carbs need cardio, work needs rest, you need me. But you know what? I’ve had enough of all that. I have seen the lite™ and figured it out. Who needs balance when you can have both, ideally in a glass?

You want hard abs and spiked seltzers, at the same time, and we’re gonna give it to you (the cocktails, at least; you have to do the crunches yourself). In order to do so, I asked a bunch of mixologists, bartenders and other cocktail-making experts to come up with some cocktails based on your favorite gym foods. From whey to chili peppers, it’s the bartender’s guide to staying swole while getting shitfaced.

The Health Food: Whey Protein — i.e., the “body bump,” or the “gym snow.” You’ll find it in every locker, in every flavor: Nerd-level-jocks probably sip a Mojito-flavor protein at parties. If you want to win at life and have an actual cocktail with some whey in there, here’s an idea, especially for those on the bulk train. 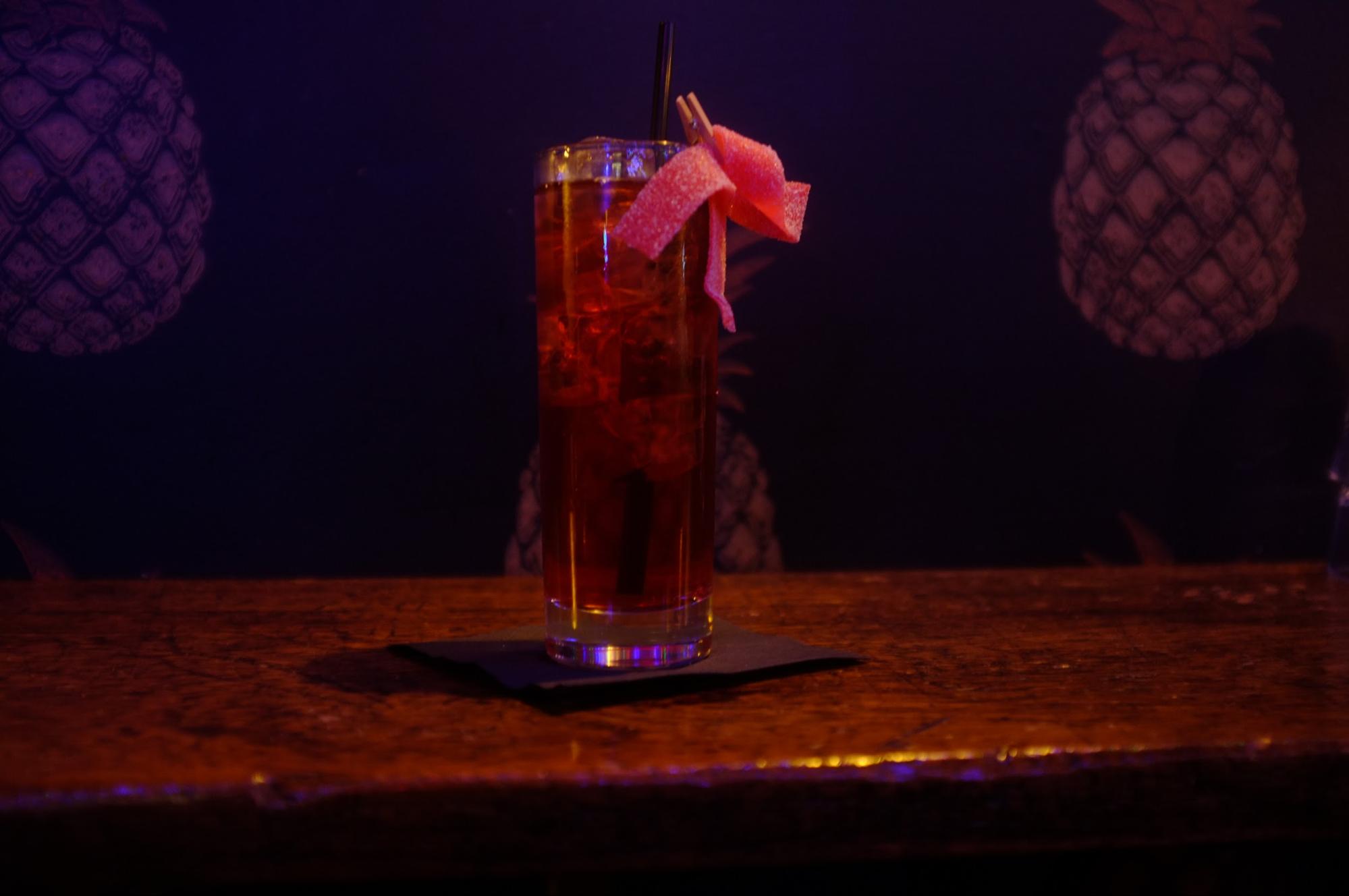 The Health Food: Cranberry juice. Strongman Eddie Hall drinks two liters of the stuff a day, and he’s fucking huge — he’s done a 1,100-pound deadlift (it nearly ended him, but still). In a walkthrough of his diet for Men’s Health, he says, “For me, cranberry juice is a great source of carbohydrates but it’s also a great source of antioxidants as well. I like to drink a lot of cranberry juice just to help flush everything out, get the lactic acid out,” so I guess it counts as gym food. Are you going to tell Eddie Hall it doesn’t?

The Assembly: Again, very, very easy. Cohen says you just need to “build it over ice in a tall glass, and give it a stir.”

The Health Food: Chilies. In the last few years, artisanal types have all gone fucking nuts for hot stuff — sauces, chocolates, jelly beans, why not cocktails too, if we haven’t already? From a gym perspective, chilies boost metabolism, are a natural painkiller, contain high doses of Vitamin C and have cardiovascular benefits.

Also, While We’re at It: Tequila. No, seriously, it’s healthy — really. It’s good for the digestive system, it’s fairly low in calories and the plant it’s from can help the absorption of calcium and magnesium into the body (so it’s good for your bones, kinda). By grabbing a decent bottle of tequila, you’re also getting some probiotics. Look for a sign that it’s “100 percent agave” as this is the premium spirit, and won’t have your head spinning tomorrow morning. Plus, it doesn’t taste of regret.

The Creator: Stevie Kane, the head bartender at Baccarat Bar, Harrods in London

The Assembly: “Shake it and strain it,” Kane instructs. “Place the stem end of the chili on top of the ice for your Instagram moment.” 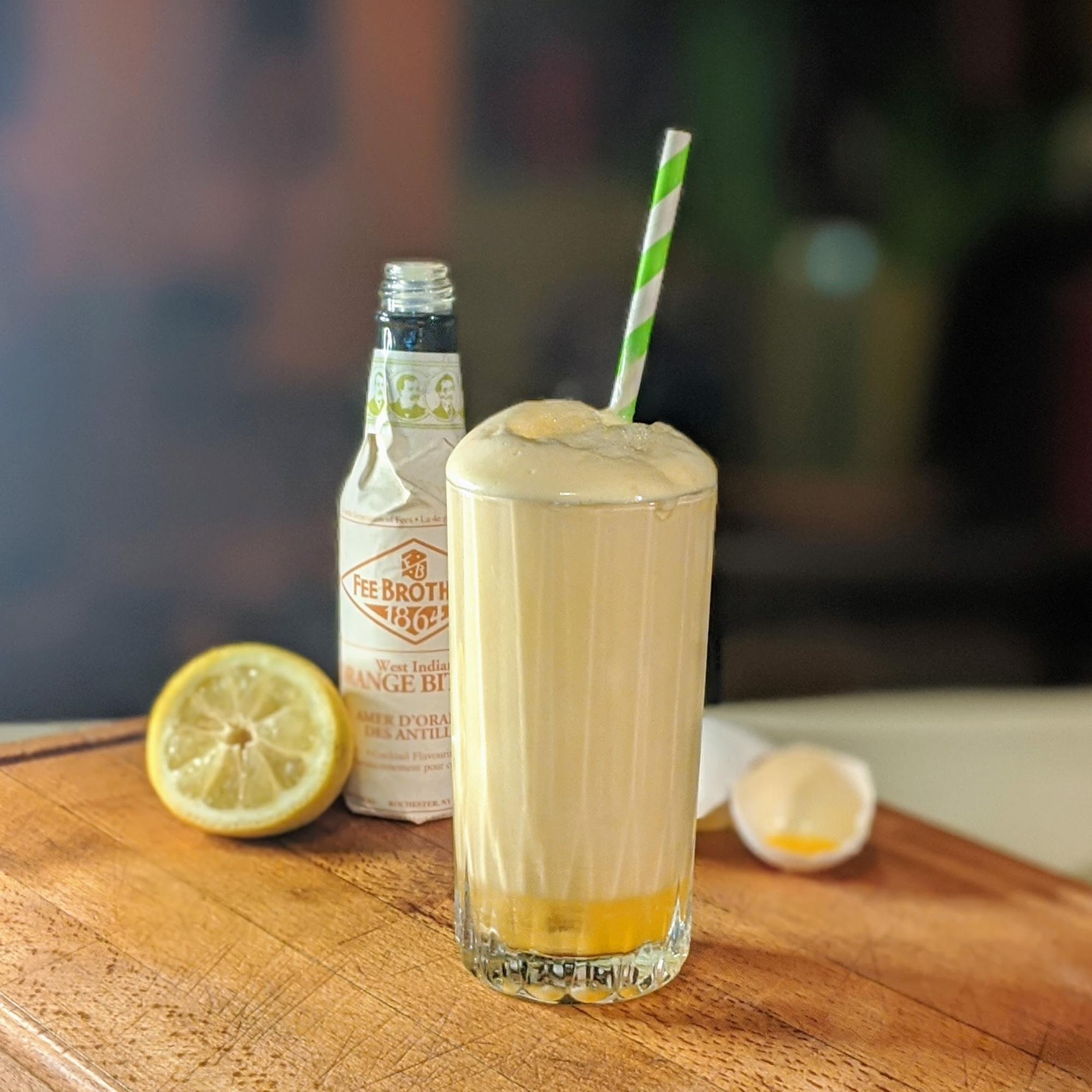 The Health Food: Gatorade, in powder form. Beyond looking the part, electrolytes (usually a mix of sodium, potassium, chloride and bicarbonate) help with hydration and energy lost during exercise.

The Creator: Haritha Gnanaratna, a Toronto-based mixologist currently working on a book of non-alcoholic cocktail recipes

The Assembly: “Blend or shake vigorously until the solids are dissolved,” Haritha says. “Then empty into a 14-ounce Collins glass full of ice. Slowly pour four ounces chilled soda water over top until foam rises above the glass rim. Add a straw and serve without a garnish. For a non-alcoholic — and even better in my opinion — version, replace the tequila with an equal amount of ginger tea and the orange bitters with El Guapo Cuban Bitters.”

The Health Food: Egg Whites. Of course, these are in a bunch of cocktails anyway. But they’re still egg whites, the hench part of the egg. Other good egg white notes: No cholesterol, some vitamins (A, B, D).

Also, While We’re at It: Green Tea. Good for all sorts and packed with more antioxidants than most things. We have all used green tea as a panacea. A bender so big you can barely stand and speak and see and eat and your phone screen is… moving??? Have some green tea, all better. With this in mind, why not just add it to the booze? Balanced diet, here we come!

The Creator: Harry Hanson, the head bartender/president of the Virtual Cocktail Class

The Assembly: “Firstly,” Hanson instructs, “steep your tea and leave it in the fridge for a few hours before you plan on making the drink. Using hot tea will scramble your egg whites, nobody wants that. When you’ve done this, shake the ingredients vigorously, without ice. Then, shake them vigorously with ice. Strain through a fine strainer, garnish with lemon and lime wheels.” 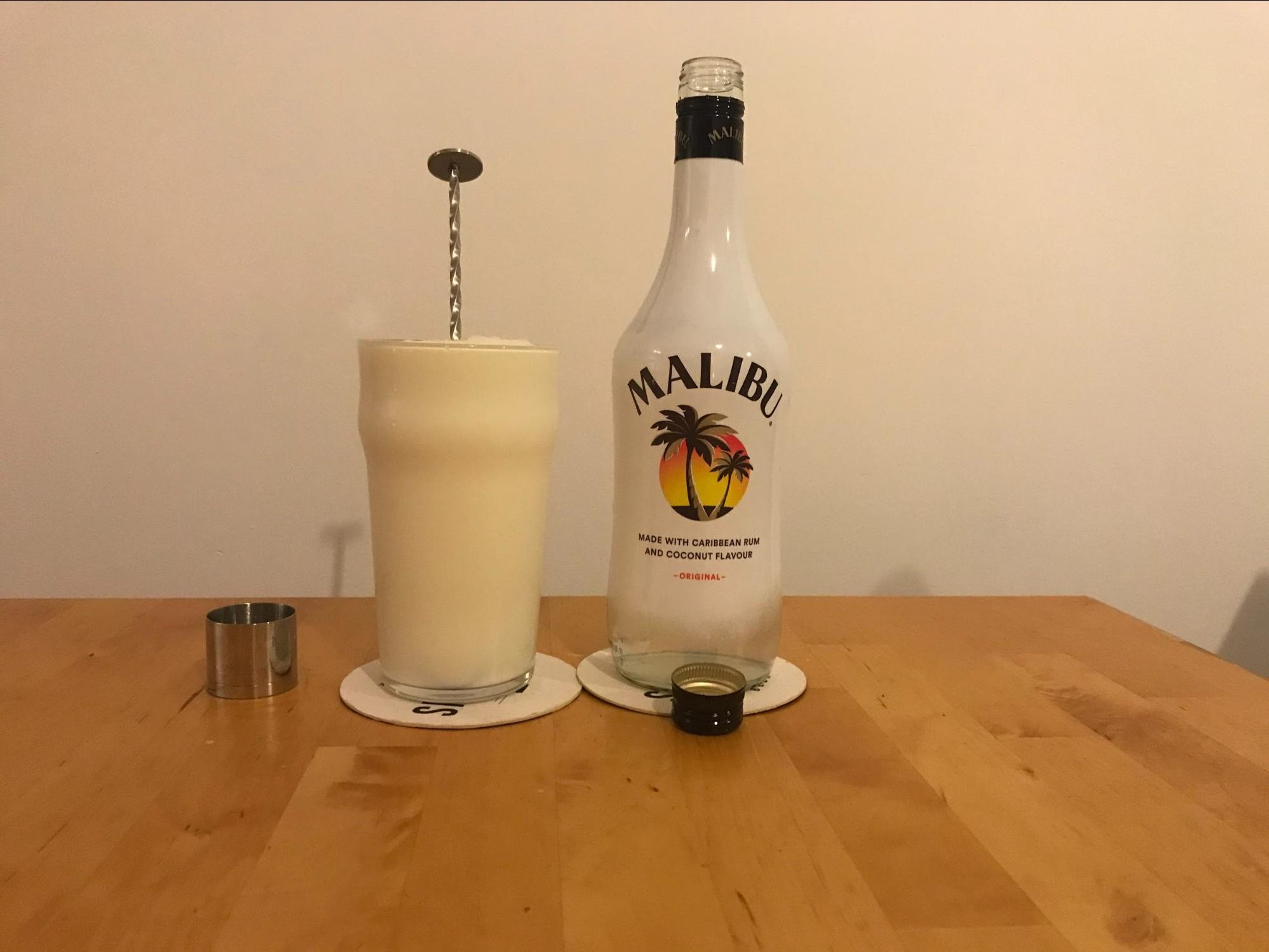 The Health Food: Milk. People chug it to get strong. They’re probably wrong?

The Creator: Me! I know what you’re thinking: Who the hell am I to say anything? And, fair enough, but I really like this, so here it is.

The Ingredients: A good double measure of the Malibu, fill up the pint glass with milk. A good time. Little umbrella optional. I also thought about beer and Gatorade, but we’ve written about that here, so, I’ll just suggest the Lemon-Lime Gatorade with beer, which makes it a bit more like a radler.

So there you have it — a bunch of cocktails to make in celebration of nailing that home workout. Enjoy feeling the pump (emptying out your stomach).

Rhys Thomas claims to be a journalist on alternative lifestyle and popular culture, but really just writes about almost anything that comes to him in the shower that he can get away with for VICE UK, The Guardian, Dazed, and more.