Blimpin’ ain’t easy, but Bret Viets flew high — even as the fraternal order of blimp pilots became more and more exclusive. Alas, all that goes up must come down

After spending most of his adult life as a funeral director, Bret Viets decided he wanted a livelier career. And so, he became the only certified blimp pilot in Missouri.

At 48, Viets figured he was too old to fly commercially. Plus, getting trained in flying blimps seemed to provide pretty good job security. “I wasn’t competing against somebody who had a lot of hours in airships trying to get the same job, because nobody has an airship rating unless they’ve worked in airships before. And hardly anyone has worked on an airship before.”

After about a year of training, Viets was the chief blimp pilot at the Van Wagner Airship Group, and a new member of perhaps the most exclusive fraternity in the sky. “I figured at one time there were about 40 active airship pilots in the world,” Viets tells me. “You walk in and sit at the bar and say you’re a blimp pilot, there’s usually not anyone else there who can say the same thing.

“But we were a close-knit group. I know some guys who have been flying blimps for 20 years, which is pretty unheard of in this business,” he continues. “New pilots would come along and you’d wonder how long they’d last, but there are a lot of us who stay for a long time.”

It’s Hard Out Here for a Blimp

It didn’t take long for Viets to learn one reason why it’s such an exclusive group. “We’d spend 330 nights a year in hotels on average,” Viets says. “It’s a very nomadic way of life; most guys didn’t even have apartments or cars of their own. So it takes a different temperament to fly blimps. You’re not in it for the speed, you just have to love flying more than anything.”

There were some close calls, too. “One of the worst rides I had was coming through Banning Pass in California on a night transit from San Bernardino to Phoenix,” Viets says. “As I was getting overhead Palm Springs, the ride went wild. My view switched back and forth between stars and city lights of Palm Springs several times before settling down. The only thing I could control was the throttle, and it didn’t matter.”

Not to mention, he had to learn how to get more… regular. “As we had no restroom, a Gatorade bottle would take care of some things,” he explains. “Otherwise you just watched what you ate and when you ate.” What if he got really sick? “The landing would be the best option. Fortunately I never had to for that reason.”

If Viets wasn’t flying his blimp above a golf tournament or World Series game, he was flying it to the next destination — low and slow, up there all alone, crossing the country. “We’d fly them coast-to-coast several times. The ground crew would have to launch you in the morning, then go down the road and be where you’d stop for the day, or where you needed a refuel,” Viets explains. “Usually after 10 or 12 hours, you’d hope to call it a day.” (His longest day flying alone was 14 hours; meanwhile, the typical blimp can travel 150 to 200 miles over the course of a fly day — meaning it takes a little more than two weeks to go from New York to L.A.)

Despite the long hours and lonely flights, Viets enjoyed the blimp life. “It was never boring, you always had lots of windows to look out, and you’re going slow enough to take it all in,” he says. “And I’ve been fortunate enough to fly above three World Series games where my Kansas City Royals were playing.”

For years, such big-time contracts kept coming… until they didn’t. In December 2016, Viets was furloughed, and the fraternal order of blimp pilots became even more exclusive. “Several had gone before me,” Viets tells me. “I was the last pilot furloughed in the downsizing. I’d be surprised if there were even 25 working blimps now. I know Goodyear has three, I know of only one Zeppelin over in Germany, and my former company has only one. That’s pretty much it.” According to the Washington Post, only 128 people are currently licensed to fly blimps by the Federal Aviation Administration. Seventeen of the 128 are full-time blimp pilots, and 13 of the 17 work for Goodyear. 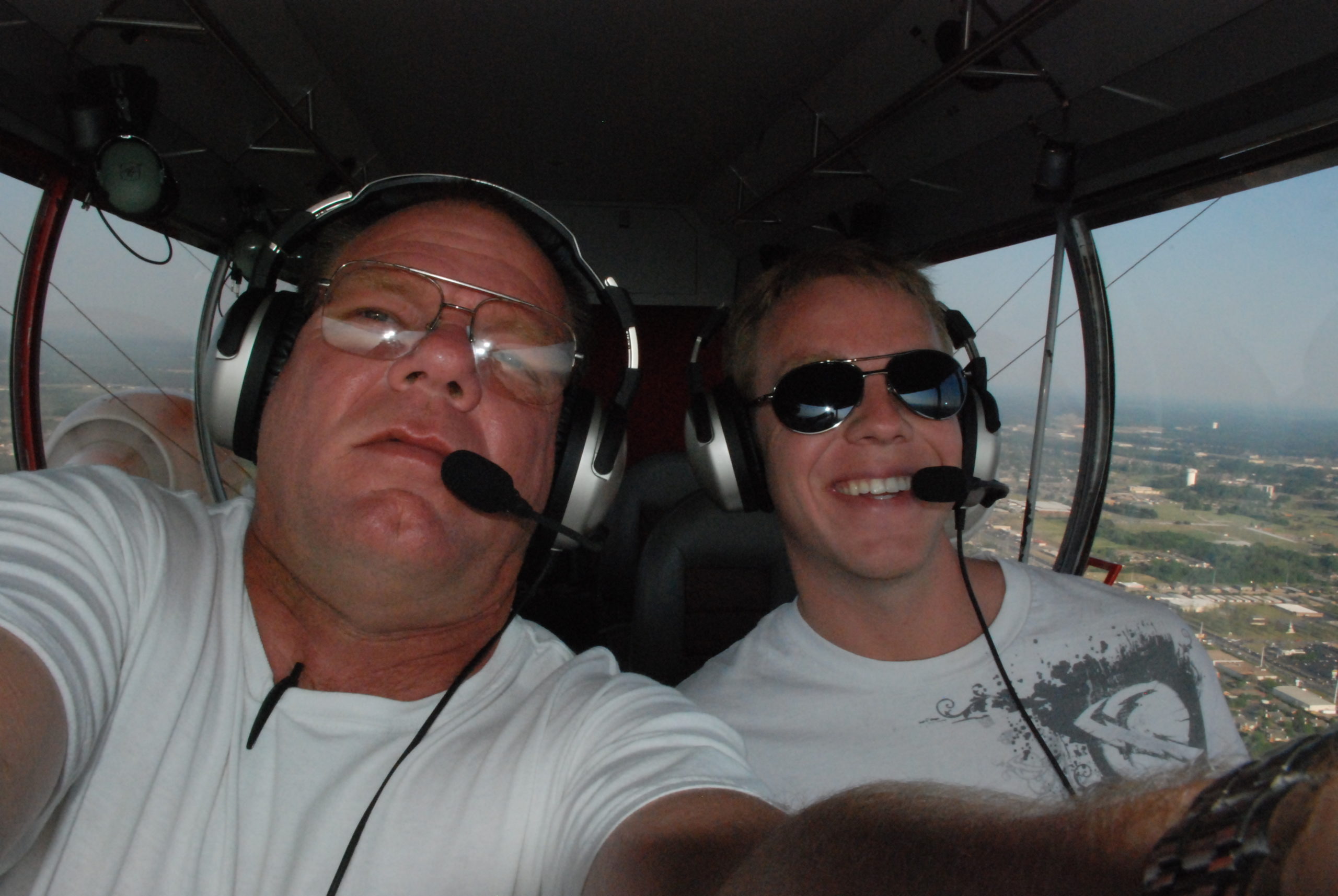 Like most industries whose existence relies on the whims of other companies’ marketing budgets, Van Wagner took a hit when its two biggest contractors simultaneously decided they were done with blimp advertising. “We had three MetLife airships for over 25 years, but when they rebranded, their new ad company decided they didn’t want to do airships anymore. So they announced they were out,” Viets explains. The second contract played out in a similar fashion when AT&T bought DirecTV and opted against keeping the DirecTV blimp.

“Those were our mainstays, and we didn’t have anything else long-term to support us, so I got furloughed,” Viets continues. “The networks really hated to see us go. The producers loved having us up in the air since it provided them with some great shots.”

Nonetheless, as a third-generation embalmer, funeral director and county coroner, the 61-year-old says he never imagined he’d spend a decade flying blimps. He’s still flying for a living, too — but nothing replaces the camaraderie found in those cross-country blimp trips. “It just happened to be the route I took way back in December 2007, but I loved it,” he says.

In fact, he adds, “I still miss flying blimps.”