In the pandemic age, one billionaire has emerged as a better villain for the extremist right

As of my writing, in the past 24 hours, there has been little mention of billionaire investor and philanthropist George Soros on the QAnon board greatawakening.win — just acknowledgement of the news that military leaders in Myanmar suspect that a foundation linked to him gave money to forces opposing their February coup. (A takeover which, for the record, Q believers supported and envied.) The pro-Trump board patriots.win has been similarly uninspired by Soros conspiracy theories of late, with attempted threads about him almost entirely ignored.

However, another billionaire continues to enjoy the spotlight on both forums, and throughout the far-right echo chamber, as he has since the coronavirus pandemic first erupted: Bill Gates. 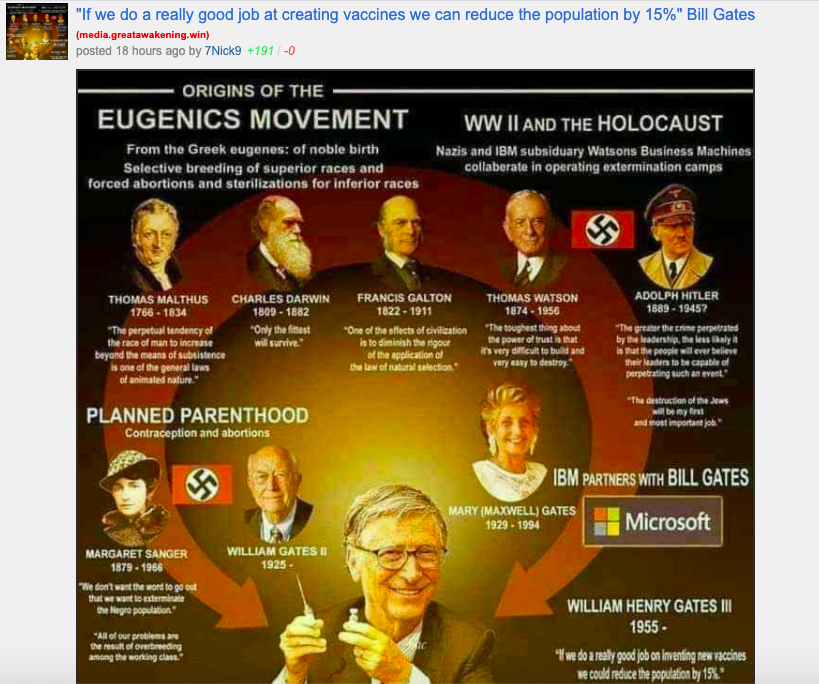 While the value of Soros as a boogeyman to these fascist movements has been immense — he was widely credited, for example, with funding the Black Lives Matter protests last summer — it is also clearly on the wane. The man is 90 years old, and his reputation as some kind of arch-liberal final boss is semi-borrowed from European nationalists. To his American haters, he is mostly a name, a fortune and a collection of anti-Semitic tropes, a character vague enough to be implicated in any plot — but also too generic to occupy the imagination for long. Those who go deep on Soros lore end up trying to prove that, rather than surviving the German occupation of Hungary with his Jewish family, he himself is somehow a Nazi. It’s confusing.

If you’re bored of all that, Bill Gates is a very exciting target. And if you’re worried that he doesn’t give you the opportunity to air your anti-Semitism, guess what? He’s a secret Jew! 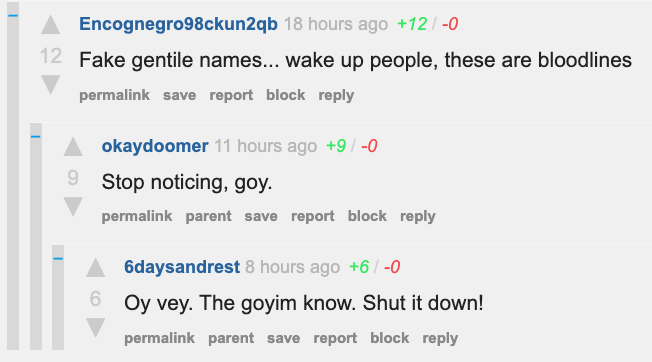 Gates’ promotion to the top of the “globalist” conspiracy pyramid is the result of three different issues that provoke fear, denial and outrage among right-wing extremists. The first is family planning: The Bill & Melinda Gates Foundation has poured enormous sums into expanding access to contraceptives globally with the aim of decreasing unwanted pregnancies, abortions and infant mortality. The second is climate change: In a new book, Gates argues that we need to make some drastic changes to infrastructure and energy to avoid ecological catastrophe.

The third point in this triangle is vaccines, a huge part of the Gates Foundation’s effort to combat some of the most common and deadliest transmissible diseases. Additionally, it has invested in some vaccine research that can sound to the layperson like science fiction: The investment of $4.1 million with a genetic engineering firm to “develop a new strain of mosquitoes to combat the spread of malaria” feels like news custom-made for the most paranoid among us. 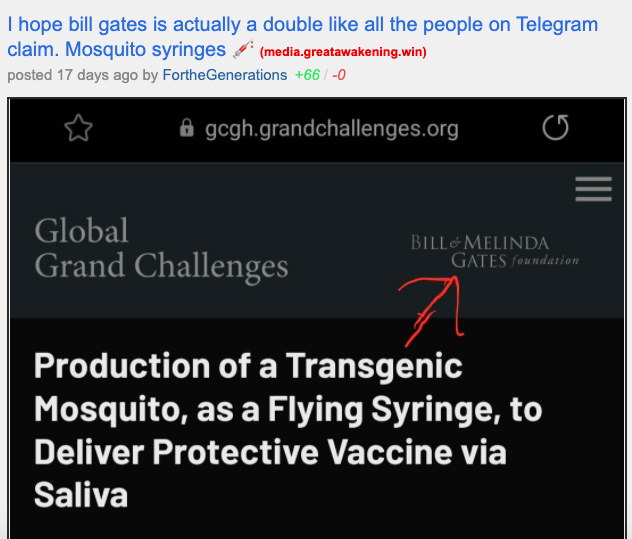 In the simplest terms, Gates gets splashy headlines for his interest in problems that, according to Q and MAGA types, are overblown or don’t even exist — the climate crisis, the strain of overpopulation where resources are scarce and pathogens that can wipe out millions in the West as well as poorer countries. Therefore, it stands to reason that this is all a front for some nefarious secret agenda, which he can bankroll indefinitely. Just as the Pizzagate hoax contributed some of its memetic DNA to the far more elaborate QAnon mythos, the basic tenets of any Soros-as-“puppetmaster” claim have neatly transferred to the various projects Gates has a hand in, with the help of mouthpieces like Tucker Carlson, who has warned his viewers that the billionaire now has “powers over what you can and cannot do to your own body.”

Whereas Soros’ alleged influence always seemed to be through diffuse propaganda and staged events, Gates appears to have direct control on us. He can cause “fake snow” to fall over Texas, he is the architect of an eugenic atrocity, and through the use of vaccines he aims to either sterilize the compliant or tag them with implantable microchips. He’s the real supervillain. 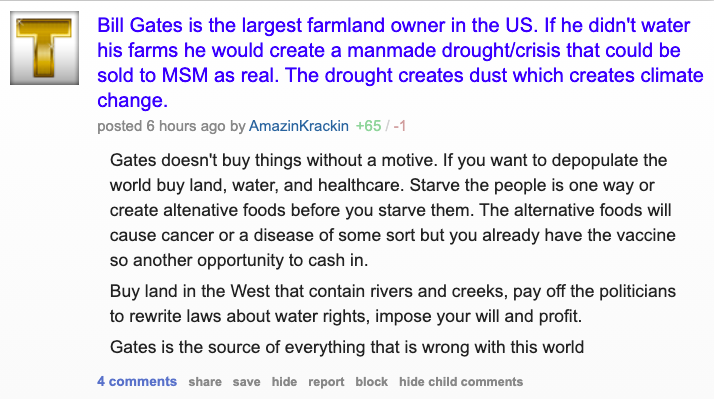 As frenetic and contradictory as all this chatter is, a fact remains: You can’t recruit or radicalize without a compelling story. Gates provides all the best ingredients, and recent comments on his rising prominence in the conspiracist network indicates that he has no grasp of the manic counter-narrative circling his rather benign public image. “I’m very surprised by that. I hope it goes away,” he said in January, after almost a year of attacks from a fanatical group over COVID-19 and the government response to the outbreak. It’s more plausible, of course, that the inauguration of a Democratic president and delivery of millions of vaccine doses across the U.S. in the months ahead will only heighten the misinformation around Gates and his philanthropy, which is a textbook vision of the “new world order” tightening their grip.

Last month, on the Q board, when someone wrote that “Bill Gates must be taken down,” another user added, “and [S]oros,” as a knee-jerk sort of reply. Underneath this comment, there is a curious objection: “George is a sack of skin anymore,” wrote the dissenter.

It strikes me as an admission that their favorite old bad guy has outlived his moment, and has been supplanted by greater foes, with influence and tech that put his shadowy operation to shame. Their ideology has chewed him up and, with an insatiable appetite for the next delusion, moved on to something twice as preposterous. Although they would never blame capitalism for society’s ills, they are curiously attached to the notion that its greatest beneficiaries are brainwashing, tracking and experimenting on the masses. Too bad they only perceive history in terms of hidden evil — otherwise they might notice the injustice and inequality lying in plain sight.