A War Can Now Be Told in Memes

Internet jokes about the U.S.-Iran conflict are inevitable — but do they derail a crucial debate?

Memes as we know them were not a part of mainstream media diets in 2003, when the U.S. invaded Iraq. The anxiety and dread we felt on one side — and the militaristic fever on the other — were filtered mainly through cable news and massive street protests. What I remember of those days, as I finished my senior year of high school, was a numb helplessness: I, a literal child, knew this was a disaster, but I could do nothing to stop the bloodthirsty adults who wanted it. Shamefully, I didn’t bother to participate in a walkout. History will bulldoze us, I told myself.

Today, underneath a grave discussion of Trump’s act of war against Iran, there is a topic of shadow debate: Should we really be making jokes about this? On the one hand, the argument is purely academic. People will post “World War III” memes whether appropriate or not, and with little regard for how an escalated conflict in the Middle East is likely to play out. The fact is, nobody riffing on the news is poised to die in a nuclear inferno or find themselves drafted into the armed services. But because the dominant flavors of the meme economy are depression, denial and ironic distance — the very pains that afflicted me almost 17 years ago — the Iran-U.S. memes give vent to a casual death wish at odds with real and committed pacifism. 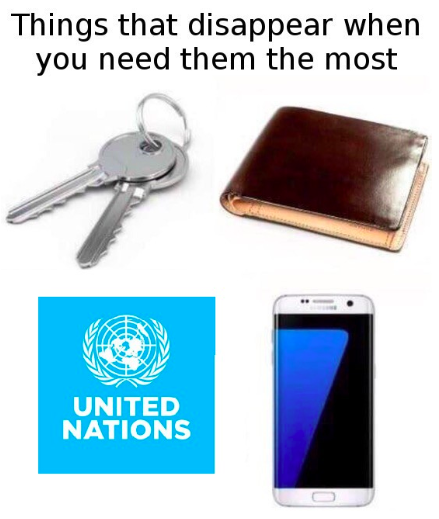 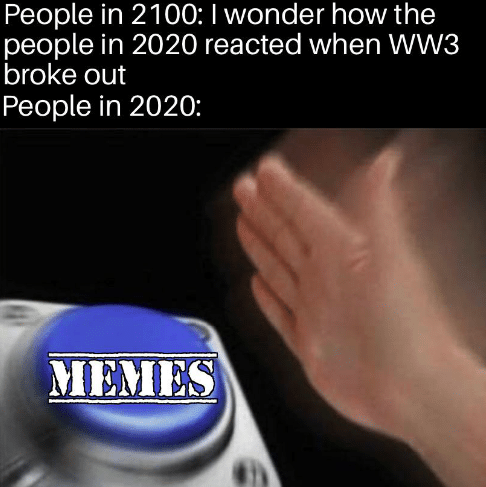 Trump, like Obama before him, rode into the White House partly on the sheer force of online content surrounding his campaign. Qassim Suleimani, the notorious Iranian general he ordered killed in a Baghdad airstrike, once engaged in a meme skirmish with the president, posting a photoshop of himself as a Game of Thrones character in response to Trump’s own GoT-style tweet. The Iranian cyberattacks on America that many have predicted are bound to focus on election disruption, sometimes in the form of divisive and inflammatory social media trolling. All this web junk cannot be extricated from the lethal story that is now to unfold; it’s essential to understanding how we got this far. The memes flowing this week cannot be “too soon,” since they aren’t the start of anything, just the next evolution in a longer pattern. They gesture back sardonically at the cliff we stood on a moment ago. This is the plunge into a bottomless future.

I appreciate gallows humor, probably as I haven’t experienced true horror and suffering. It’s this insulation from the reality of mass death that allowed 9/11 imagery to serve a memetic function, even on the day itself, and gives redditors the opportunity to reframe other past traumas as single-panel gags on r/HistoryMemes. There is a viable philosophy of comedy that holds nothing to be off-limits, and, again, there isn’t much point in arguing with those who subscribe to it. The danger is in the complacency of this stuff, the way it turns anger and fear inward until we forget our agency and responsibility for change without. The temptation to cheap fatalism here at the start of 2020 is all the stronger for someone old enough to register déjà vu, and for we who can lead lives as normal while ribbing one another about the end of the world.

The people in Iran, Iraq and that entire region do not have this luxury; for them, the threat is not abstract. For better or worse, memes — especially the bleak ones — are a coping mechanism in an age of paranoia and doubt. But they shouldn’t blind us to the price of this toxic atmosphere, nor the cruel politics that created it. The forever war will not be simply laughed to a swift conclusion.