It did not, however, invent depression advertising

“Cronk is the drink.”

This was the advertising slogan that caught the eye of University of Calgary researcher and instructor Paul Fairie, who stumbled upon the ad while browsing through an 1883 edition of Calgary’s Weekly Herald on an unrelated topic. Fairie, who spends a lot of time looking at old newspapers — like I do — explains that the odd advertisement captured his interest due to its bizarre, clipped format, where lines of just one word or a few words appeared in between news stories on the publication’s front page:

They were printed one at a time, in between news stories, in a hilarious, matter-of-fact way. It was because of this that Fairie tweeted out these ads back in June, when they quickly went viral.

Fairie soon found his discovery trending near the top of Twitter and, as it exploded, more Cronk ads were unearthed, like “Dr. Cronk appears to be doing a strong business, for these dull times,” and “Who said Cronk was dead?” paired with “Drink Cronk and be happy.” Cronk’s rediscovery was also covered in a variety of large publications, and after a recipe was uncovered, a Calgary brewery vowed to begin making some Cronk, the first time the drink would exist in over 100 years.

So what is Cronk?

Well, it’s the brainchild of a man named Warren Cronk, who seems to have introduced his invention in New York in 1840. It became so popular that he began franchising, selling the rights to brew, bottle and sell Cronk across the U.S. and into Canada. It was wildly popular for a time, but seems to have died out before the 1920s, during one of the economic downturns of the time.

As for what Cronk tasted like, many speculate that it was kind of like a spicy root beer, thanks to its ingredients of sassafras, sarsaparilla, ginger, green tea and molasses. It also likely contained alcohol, at about a three percent ABV, making it what was called a “small beer” back then. Blake Belding, head brewer at Cold Garden Brewery — which is now reviving Cronk — tells me that “we were surprised that it doesn’t taste anything like root beer,” but declines to describe what it does taste like, explaining that it’s a surprise, only to be known to his customers when they begin releasing the concoction in a couple of weeks. Although, per Glen and Friends Cooking on YouTube, Cronk tastes “a little bit weird,” but still “refreshing” yet otherwise indescribable.

While I think it’s cool that there’s a Cronk revival going on right now, I must say that I’m less interested in Cronk itself than I am in those strange ads that caught Fairie’s attention. With such unusual and brief copy, many people read into them almost like a piece of abstract art, each interpreting its meaning in their own way.

One take on Twitter was that Cronk was the originator of depression advertising, a trend used notably in recent years by Twitter accounts like Sunny D, Wendy’s and Steak-umm, where branded millennial angst mimics the cynical, defeated tone of depression memes. For this interpretation, I can kind of see what people are getting at, although the only ad that really seems to fit this is, “Dr. Cronk appears to be doing a strong business, for these dull times.” That particular passage appeared in Detroit in 1849, though, long before the simple ones in the Calgary Weekly Herald. It also appears to be only a news item with a casual tone, not actually an ad. 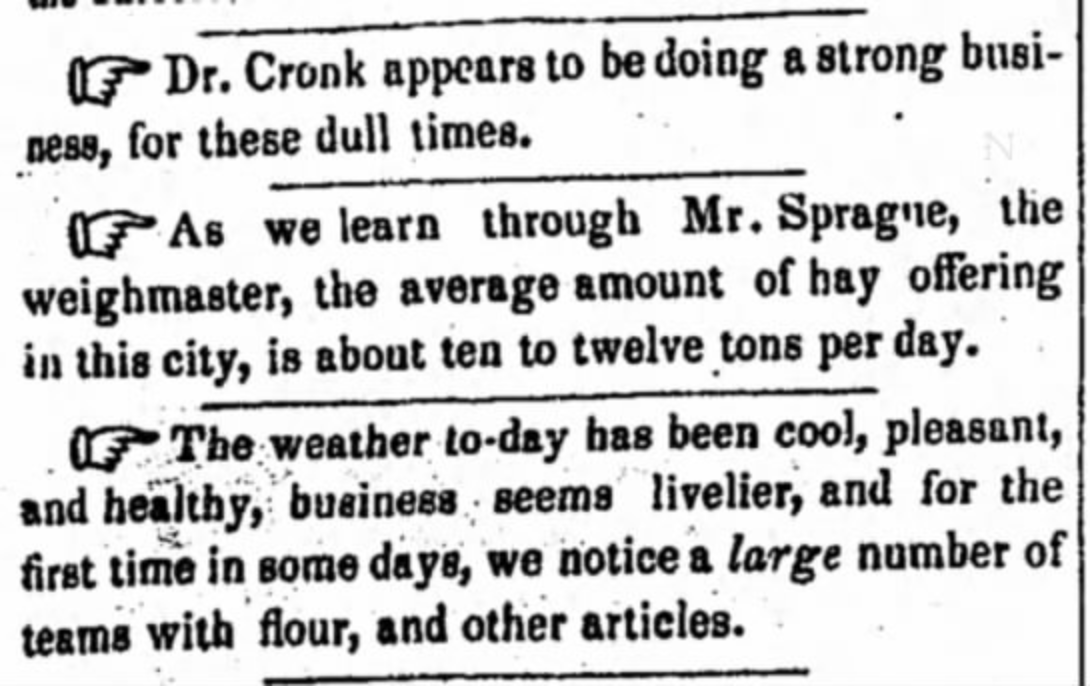 And so, the brief, truly magical ads that took the internet by storm seem less like depression advertising than they do the self-aware, deconstructionist ads Volkswagen did for the Beetle in the early 1960s. With slogans like “Lemon” and “Think Small,” these ads changed advertising forever by defying all the conventional wisdom about how to sell a product. They pulled in the reader with a minimalist approach that seemed to not only mock conventional advertising, but also the very product they were selling. 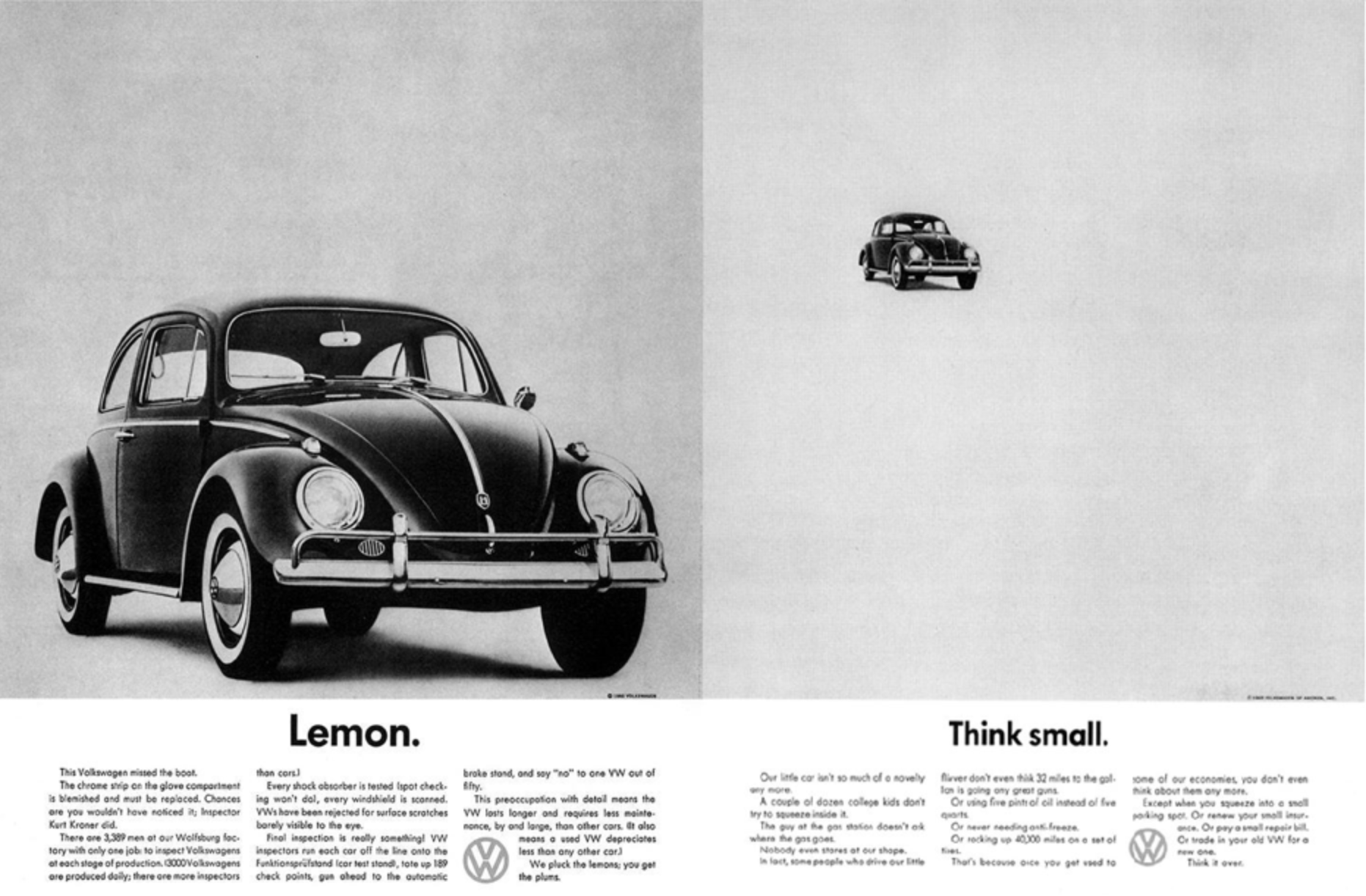 For Fairie, he says that the ads reminded him of the Canadian “No Name” ads. If you’re unfamiliar with this — as I was before talking to Fairie — “No Name” is the generic store brand in a popular Canadian grocery chain. Rather than try to mimic the packaging of whatever product it’s imitating — like generic American products often do — No Name simply puts a simple description on bright yellow packaging, no matter the product. “It’s not really known outside of Canada, but when someone here sees that bright yellow and that plain, Helvetica font, we know it’s an ad for No Name,” Fairie explains. 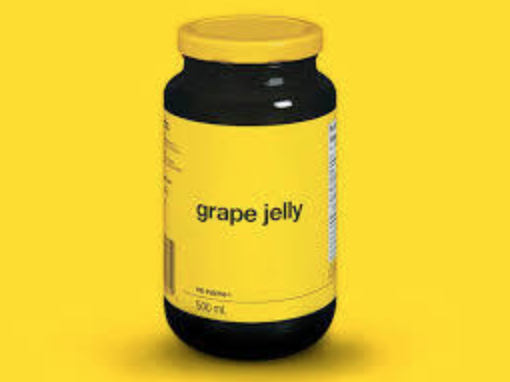 No Names products weren’t meant to be funny when the brand launched in 1978, but over time, the company got the irony and embraced it. Just recently, they even started a hilariously self-aware ad campaign around it. 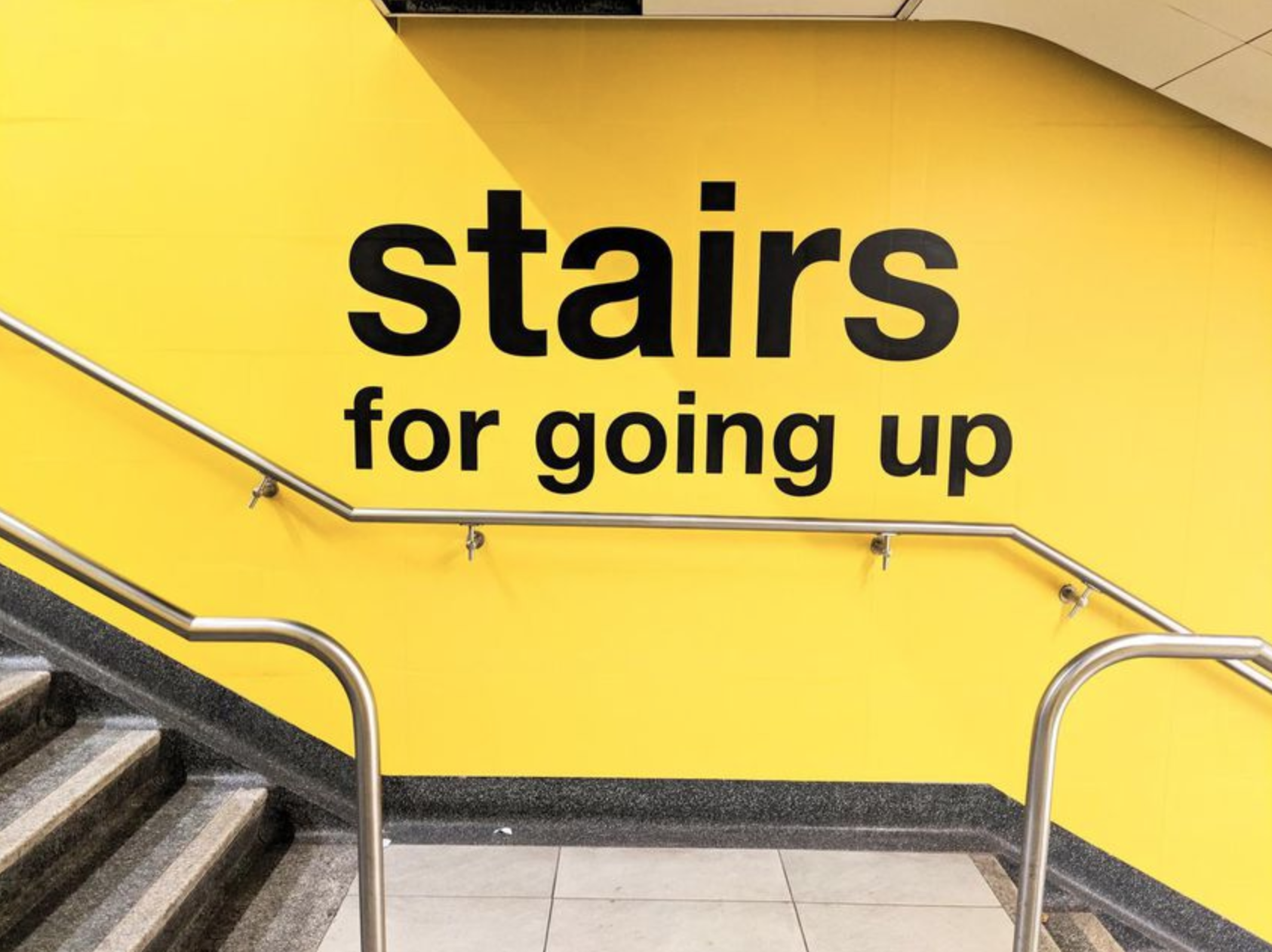 But although No Name’s and Volkswagen’s ads were meant to be funny, it’s unlikely that the Cronk ads were similarly intended. “Humor wasn’t used often and was often viewed as demeaning to products,” explains Marc Weinberger, vice president of the American Academy of Advertising and co-author of the book Humor in Advertising. Still, Weinberger says that humor was “not unheard of” during advertising in the 1800s, so it is possible that whoever wrote the ad was a marketing genius, almost 100 years ahead of their time.

It could also be, as Fairie speculates, that they were trying to hide ad copy to look like news, kind of like how clickbait articles often match the formatting and fonts of the pages that they’re on. Or perhaps there was some unknown budgetary reason for why the Cronk ads were formatted so strangely. Honestly, we just don’t know why they turned out so strange and there’s likely no way to find out. It’s entirely possible that the explanation for the ads are none of the above reasons, and that we’re just assigning them meaning based upon a modern context.

Who actually wrote those ads is lost to history, but in a follow-up video done by Fairie, he was able to find out who placed the ads, at least. Thanks to Dr. Cronk’s franchise business model and the fact that these funny, unique ads only appear in Calgary, it wouldn’t make sense that it was Warren Cronk himself. Instead, it was F.J. Claxton, a local businessman in Calgary who owned a place called the Star Bakery, hence the lines that read, “Claxton makes Cronk” and “Cronk is made at the Star Bakery.”

It’s possible that Claxton was some marketing genius, but this is a bit unlikely, considering the fact that similarly structured ads also appeared in other issues of the Weekly Herald, such as, “If you want a good hat, go to King’s” and “Prairie chickens and rabbits at Mortimer’s.” These often appeared broken up, much like the Cronk ads, though they were certainly less intriguing and magical-sounding.

That magic, according to Fairie (and I certainly concur), has as much to do with the product name as it does with the brevity of the ads. “Cronk” is such a strange, beautiful word, sounding almost like an illegal street drug or a comic book sound effect. Had it been any other word, Fairie says that he likely wouldn’t even have noticed the ads. “Cronk” is a name that’s mysterious, unusual, fun to say and, all by itself, it makes one wonder, “What is Cronk?”

To which, of course, the answer is timeless: “Cronk is the drink.”