A dad behind the wheel of the car has many annoyances to contend with. His choice of music is ridiculed. He has to pull over for a bathroom stop when he’s “making great time.” One of the kids is kicking his seat, and at any moment, the other could spill their snack or drink. Also, traffic. But these indignities pale in comparison to what is surely a top nemesis for fathers everywhere: The interior car light. 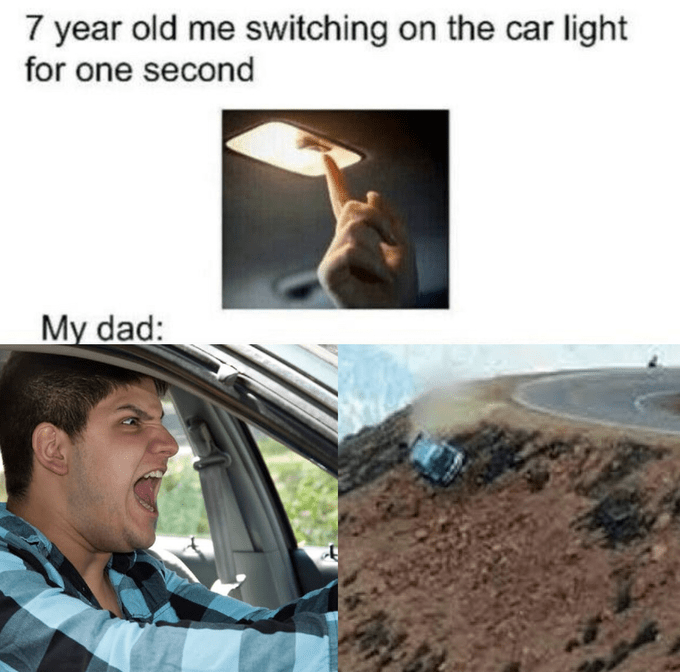 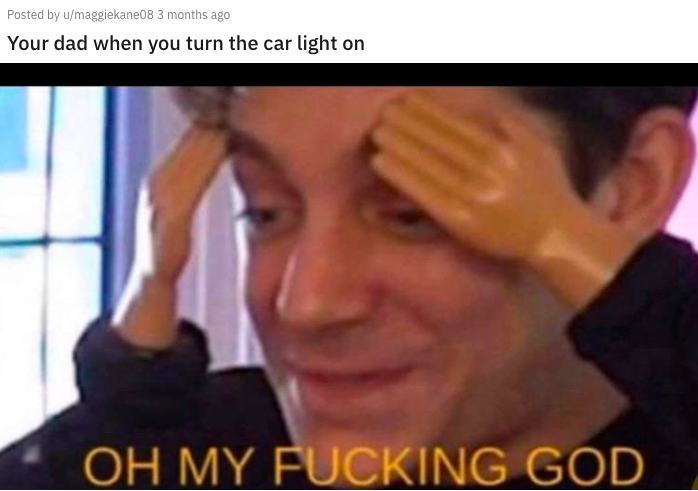 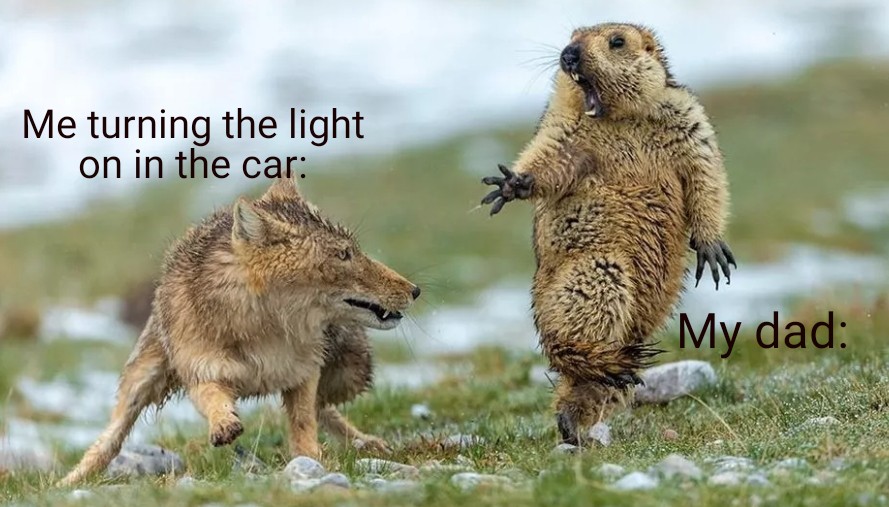 The overhead light — also called the dome light, or map light if it’s in the front — is a convenient feature if you’re trying to find something on the floor. (Or, as ’90s kids will confirm, if you want to play your Game Boy at night.) Yet the modest bulb so vexes dads that you wonder why they haven’t mounted a campaign against automakers for continuing to include it in standard design.

What’s more, the perils of having the light on while the car is in motion are self-evident to a dad, which means his reaction to a kid switching it on is incredulous and out of all proportion. Many remember some variation of “Are you crazy?” or “I can’t see a goddamn thing!” In a father’s language, this minor distraction becomes a matter of life or death. Moms, too, have been known to yell about the light, but still there is a quintessential dadness to the complaint, as when the paterfamilias scolds you for leaving a door open when the air conditioning is on full blast.

The exact problem posed by the light is difficult to pinpoint, though it usually comes down to visibility and focus: the illumination causes a reflection on the interior of the windshields, and draws the driver’s attention from the outside — i.e., where the road lies. It may also create a glare that blinds other motorists. This is all intuitively understood if you have a license and experience in the driver’s seat; children, of course, don’t have a clue, meaning it’s awkward and frustrating to explain the optics to them, particularly if they’re set on arguing that they need the light to read, draw or otherwise entertain themselves. Such debate is always exhausting.

As a result, dads have developed some handy shortcuts to ending the conversation. The most reliable and succinct answer is an appeal to authority: They’ll say that having the light on while driving is illegal, or that police can stop and ticket you for it. (For this record, this is mostly untrue.) Some dads contend that it drains the car battery. Others simply exaggerate the chance of an accident and grisly death: “Do you want to get us killed?!” As a redditor comments: “You’d think this was as dangerous as chugging a fifth of whiskey and driving based off how my dad acted when I was a kid.” The prohibition is remarkably severe.

Also, for the record, moms might explain it better:

It seems likely that, whatever a father’s issue with the car light, the vendetta against it has a parallel in his insistence that kids turn off lights when leaving a room, ostensibly to keep the electricity bill down. Both lessons reinforce the reality of dad’s dominion — his house and car are subject to his protocols — and, if we’re being charitable, they impart the notion of lights having a specific function. Each light serves an occasion of need; otherwise, they should remain dormant.

The car light battle arises because the child wants it on without consideration or awareness of how other people might be affected, and the dad piloting the vehicle is not necessarily in the mood to lay out the case that there is some reality external to the self. Therefore, his objection is often summarized in an idiosyncratic quip.

The evidence indicates that dads fuming about the dome light is not only a global phenomenon but a dynastic one. If you have kids, you’re guaranteed to carry the custom forward. “This tradition has come full circle,” one parent writes. “I yell at the kids when they turn the light on.” And at least one dad says it’s an entirely reflexive habit, well beyond his own ken. “I mean, I literally have no fucking idea why I’m yelling to turn the light off other than not wanting it on,” he admits. “My grandfather said it, my father said. Jesus. Is my son destined for this too?”

Though all in all, it’s not such a dire fate. Dads are supposed to be dorks, and if they’re safety-conscious, then so much the better. Making up weird myths about this troublesome light — and witty rejoinders to its activation — is or was a way for your father to amuse himself while establishing the rules of car travel. An accurately enigmatic reply to a kid who doesn’t grasp why they can’t have the light on would be: “You’ll see when you’re older.” But where’s the fun in that? Dads don’t pass up the opportunity to ply nonsense. Let them have this. 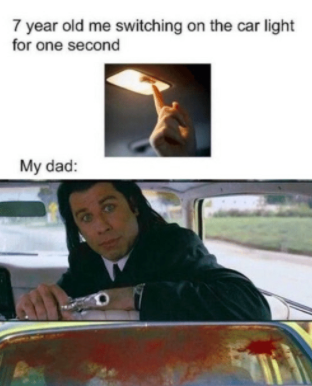 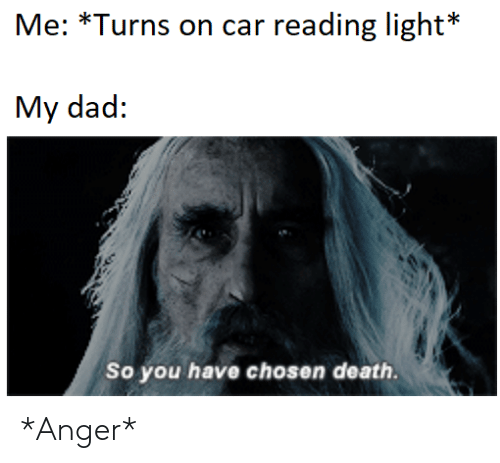